Fajardo on Lauther: ‘He can make big time kicks’ 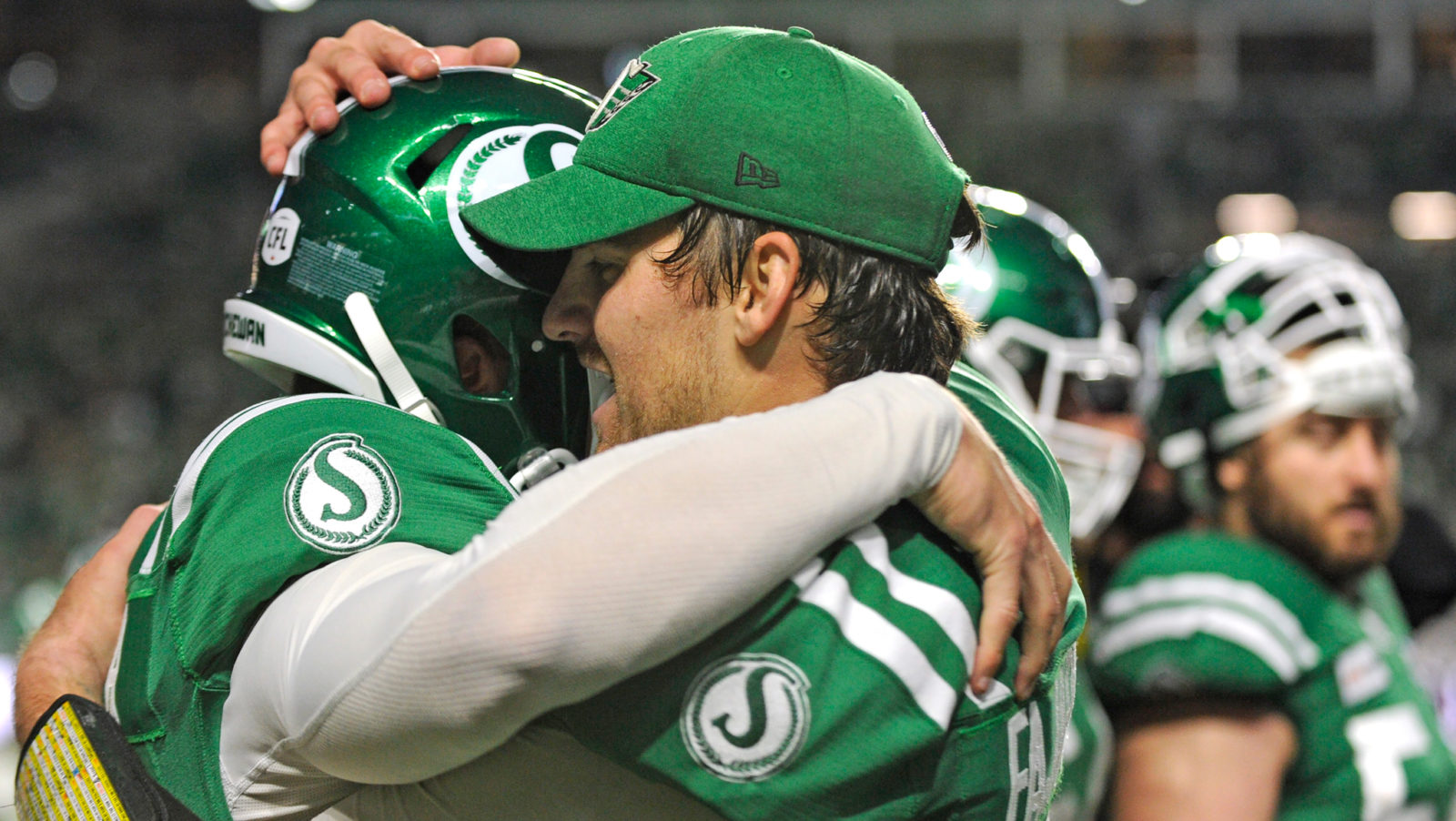 Fajardo on Lauther: ‘He can make big time kicks’

REGINA — There was a moment that Cody Fajardo and Brett Lauther shared on the sidelines before the Saskatchewan Roughriders game-winning drive on Saturday night.

It was after Lauther had missed his convert attempt following William Powell‘s second touchdown of the night in the fourth quarter. The kicker walked off the field and his quarterback pulled him aside for some words of encouragement.

“I came up to Brett after he missed the extra point and I said, ‘look, you’re going to make a huge kick for us tonight. Just wash it.'” Fajardo told members of the media following the Riders 27-25 win over the Montreal Alouettes.

“And he did. He made a huge kick for us and we’ve got all the confidence in the world in him and that’s why he’s on this team. He can make big time kicks like that.”

After the failed convert, the Alouettes moved down the field to take a 25-24 lead. But then the home team responded with an excellent drive of their own, putting Lauther in position to boot the game winner.

The missed convert was Lauther’s second miscue of the night, his 33-yard field goal attempt in the second quarter sailed right. But it was his teammates that kept the kicker’s spirits high throughout the contest, despite having a tough outing.

“A lot of guys were coming up to me but I just said the same thing all night,” said Lauther. “I said, ‘I got the next one.’ I knew I was going to make that kick and I owed the guys, really. I let us down. We shouldn’t have even been in that situation to kick one there for the win but it was what it was and on to the next game.”

Just two weeks ago, the Riders were in almost the exact same situation during the Labour Day Classic against the Winnipeg Blue Bombers. And just like Saturday night’s victory, the Riders also came out on the winning side of things against the Bombers thanks to Lauther.

“I think that, and the Hamilton game, right?” Fajardo questioned of the similarities of the contests. “Both of those teams that we did it against were really good defences as Montreal is a really good defence. We knew we had to put something together.

“We knew that this was it. This was our final opportunity because their offence was playing great and they wanted to milk the clock. We did a great job. Our entire offence did a great job of staying calm. But we’ve been in that situation before. Guys just knew, ‘oh here it is again. We’ve got an opportunity, let’s go win the game.”