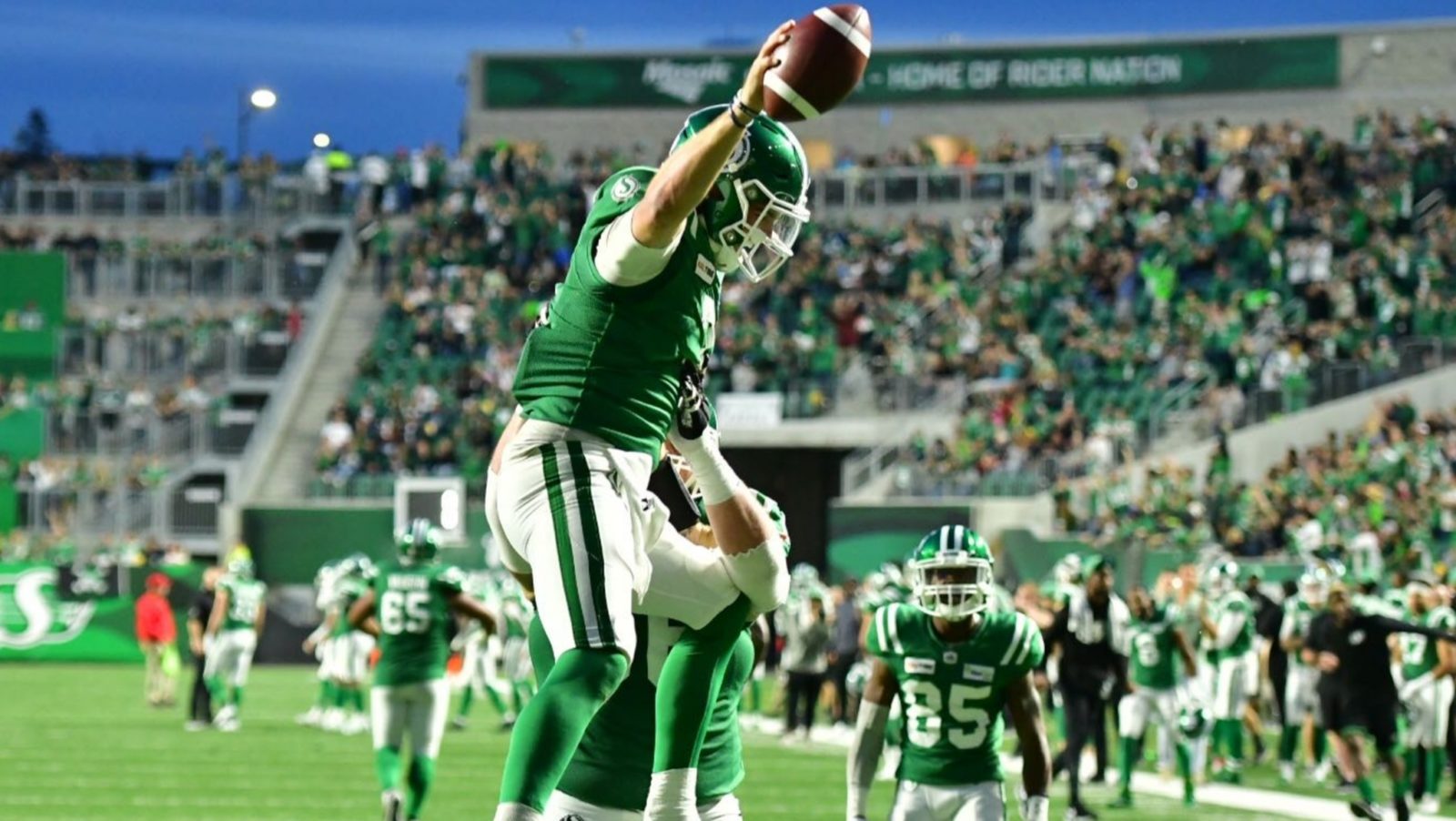 REGINA — Cody Fajardo helped lead the Saskatchewan Roughriders to another win in Week 14, with the quarterback orchestrating a seven-play, 54-yard drive in the game’s final minutes to set up Brett Lauther’s game-winning field goal against the Montreal Alouettes.

The 27-year-old completed 19-of-27 passes for 254 yards and a touchdown against the Als, and he also added a key rushing touchdown and a two-point conversion that tied the game in the fourth quarter. Fajardo responded after the Riders’ defence held the Als out of the end zone in the first half.

“I think offensively, we started really slow,” Fajardo said after the win. “Our defence did an incredible job of keeping us in the game because they held them to three straight field goals, and if they punch in three touchdowns there this is a 21-0 game and we’re looking around like ‘what’s going on? Our defence held us in it all game long, and we knew we had to pay them back by going down and scoring and getting a field goal.'”

RELATED:
» Images: Alouettes at Roughriders
» By the Numbers: View Boxscore
» Watch: Powell erupts mosaic with catch and run TD
» Watch: Fajardo does it all to tie the game

Shaq Evans was Fajardo’s go-to target once again in the win over Montreal. Fajardo connected with his leading receiver for a big 46-yard gain in the second quarter that led to the Riders’ first score of the game, and their 25-yard connection with two minutes to play helped set up the game-winning kick. Evans is now up to 869 receiving yards and three touchdowns on 72 catches this season.

“The guys really did a great job responding,” Fajardo said. “I mean you look at Shaq making a huge play. A big hit by them and he holds on to the ball, and that’s big for the field goal range.”

Fajardo said that his first big pass to Evans was crucial in getting the quarterback going after the slow start.

“Usually for me it’s my first deep completion,” Fajardo said. “Shaq just went up and made an incredible play, and that’s what he does.”

William Powell provided crucial balance to the offence and continued his strong season with 124 total yards and two touchdowns. Powell has now rushed for 751 yards and 10 touchdowns on the season.

“He’s one of the best backs in this league, and if we can get him going it makes my life easier because it opens up some passing lanes,” Fajardo said.

The Saskatchewan Roughriders get a bye week before looking for their ninth win of the season when they face the Toronto Argonauts on the road in Week 16.

“This bye week is big,” Fajardo said. “I know a lot of guys in that locker room are banged up, including myself.

“We need to keep our mindset focused on football after the break and come in just re-energized like it’s the beginning of the season.”