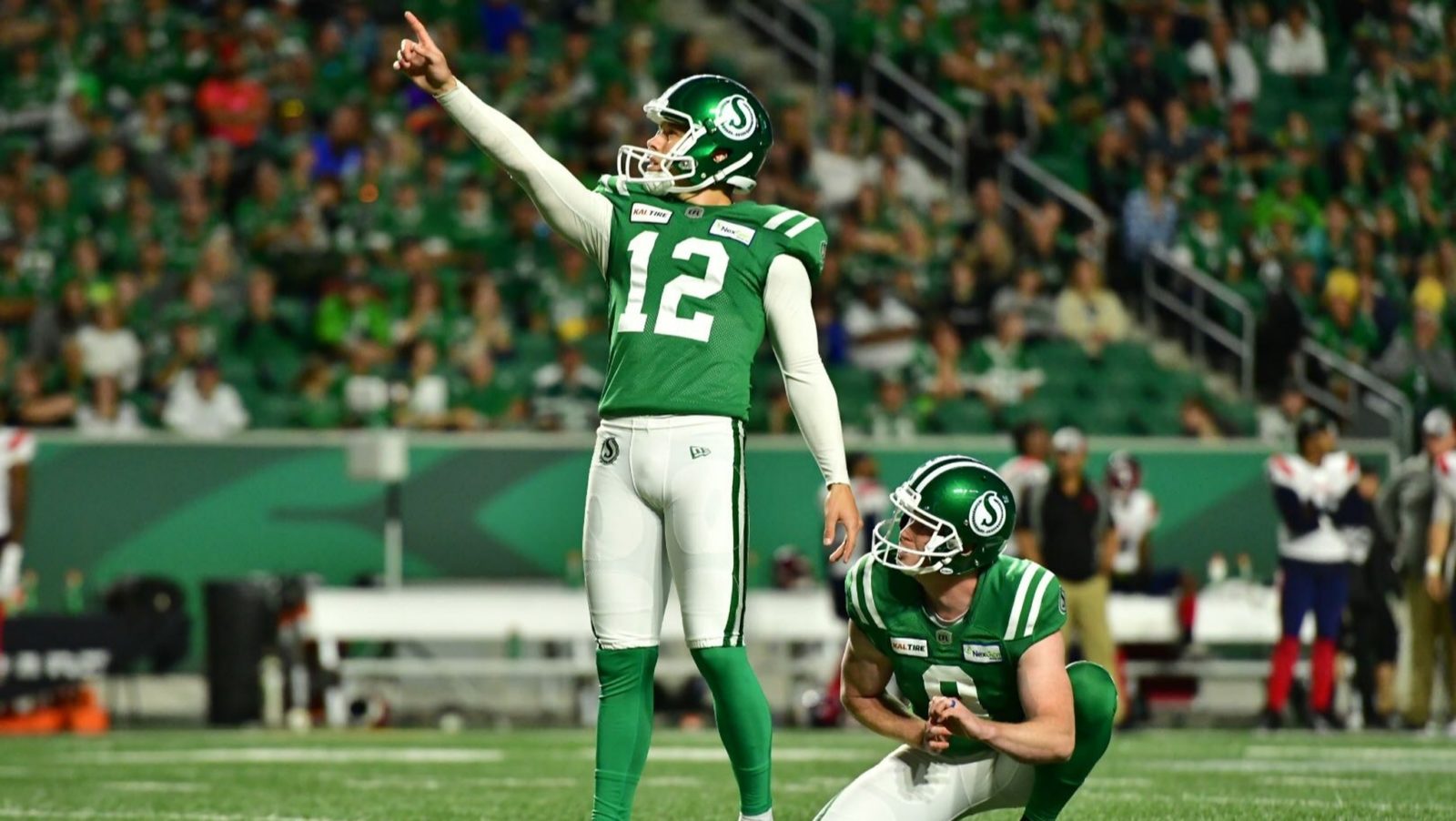 REGINA — Brett Lauther kicked a game-winning 39-yard field goal with under a minute left to lift the Saskatchewan Roughriders over the Montreal Alouettes with a 27-25 home win on Saturday.

Three field goals from Boris Bede gave Montreal an early 9-0 lead, but the Riders grabbed momentum and cut into the lead when a 46-yard catch from Shaq Evans set up a short catch-and-run touchdown from William Powell in the second quarter. The Riders took a one-point lead before half-time on a short field goal from Lauther.

A rushing touchdown from William Stanback gave Montreal the lead in the third quarter, but Cody Fajardo responded with a touchdown run of his own and a two-point conversion to tie the game.

The Riders extended their lead with Powell’s second touchdown of the game, but a missed extra point left the door open for Montreal. The Als answered the call when Vernon Adams Jr. threw a 27-yard touchdown pass to Eugene Lewis, and Bede’s extra point gave Montreal a 25-24 lead with eight minutes to play.

But Saskatchewan came back to win, as Fajardo led a 54-yard drive after the three-minute warning to set up the deciding field goal.

Fajardo threw for 254 yards while completing 70 per cent of his passes.

RELATED:
» Images: Alouettes at Roughriders
» By the Numbers: View Boxscore
» Fajardo on Lauther: ‘He can make big time kicks’
» Fajardo leads Riders to game-winning field goal
» Watch: Fajardo does it all to tie the game

Montreal’s offence was driving down the field again later in the second quarter, with Adams completing big passes to Lewis and Quan Bray for back-to-back 30-yard gains. But the Riders’ defence held strong once again, with Loucheiz Purifoy breaking up a pass in the end zone to force a 29-yard field goal from Bede.

The Riders began to find life on offence when Fajardo connected with Evans on a 46-yard pass play. Powell followed up the big gain by reaching the end zone on a 10-yard catch-and-run, and Lauther kicked the extra point to cut Montreal’s lead down to just two points.

Saskatchewan attempted to take the lead late in the first half after a 25-yard catch from Naaman Roosevelt set up a field goal attempt, but Lauther’s 33-yard kick missed wide to the right.

But the Riders’ defence forced another punt, and Fajardo capitalized by leading his team to a 14-yard field goal to grab a one-point lead before half-time.

Montreal took the lead midway through the third quarter after a 32-yard catch from Bray set up a four-yard rushing touchdown from Stanback one play later. Adams capped off the drive by completing the two-point conversion pass to Posey, giving the Als a 17-10 lead.

The Als extend their lead to eight points when the ensuing 80-yard kickoff from Bede resulted in a single.

Fajardo came up with a big drive later in the third quarter to retake momentum. The Riders quarterback capped off a seven-play, 65-yard scoring drive with an incredible seven-yard touchdown run. Fajardo accelerated to the edge and stretched out to hit the pylon for the touchdown, and he followed it up by adding the two-point conversion on a three-yard run to even the score.

Montreal turned the ball over on downs after a fumbled snap during a punt attempt, and the Riders capitalized two plays later with Powell scoring a five-yard rushing touchdown. But Lauther’s extra point attempt went wide, leaving the Riders with a 24-18 lead in the fourth quarter.

The Als evened things up when Adams threw a 27-yard touchdown strike to Lewis, and Bede’s extra point gave Montreal a 25-24 lead with eight minutes to play.

But the Riders found a way to come out on top, with Lauther hitting the game-winning field goal in the final minute after a brilliant 25-yard grab from Evans helped put the team in position.

Week 15 will see the Montreal Alouettes host the Winnipeg Blue Bombers next Saturday, while the Saskatchewan Roughriders will get a week to rest before facing the Toronto Argonauts on the road in Week 16.