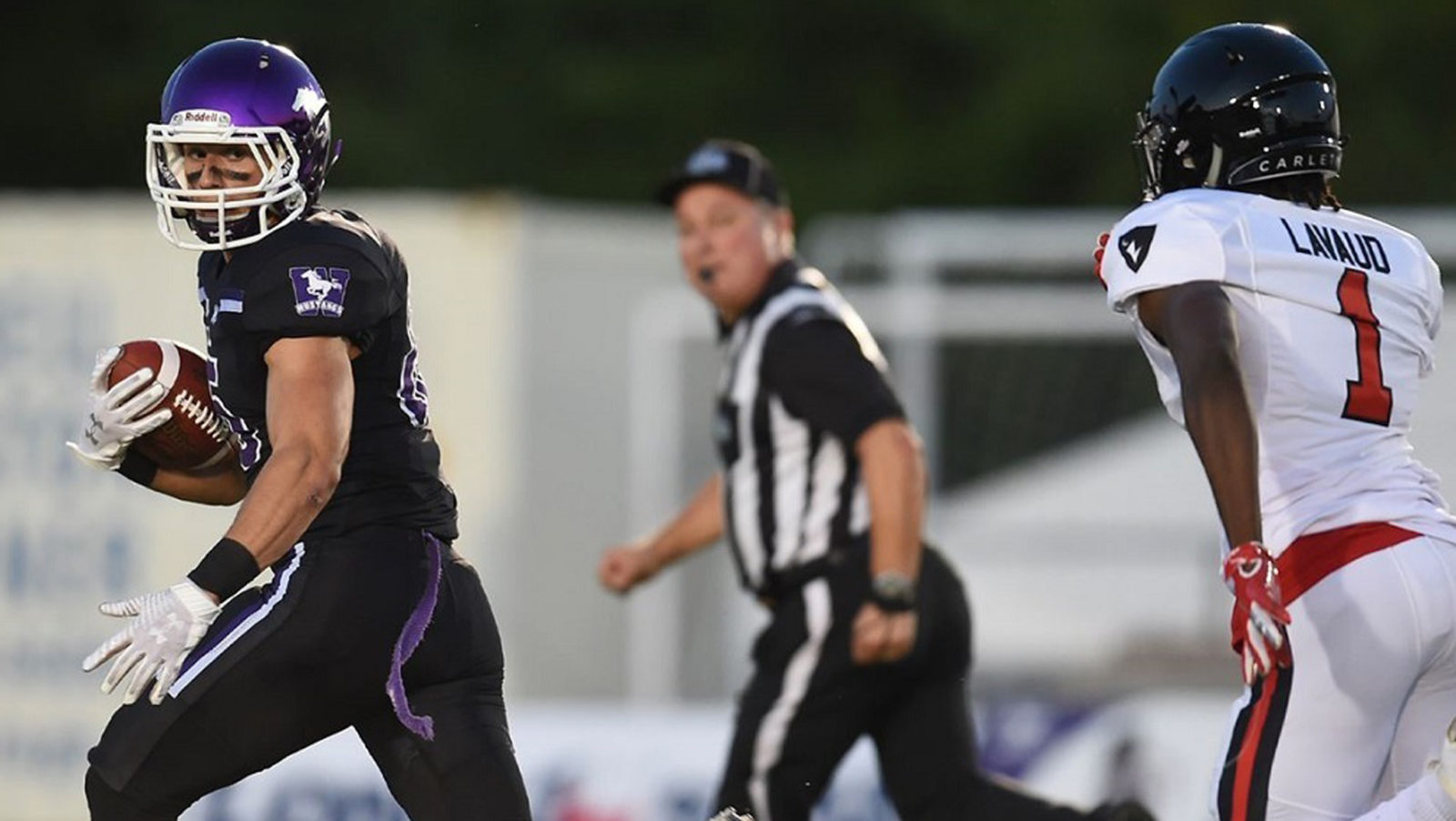 The Western Mustangs are the new team to beat in U SPORTS football, topping the national rankings for the first time this season.

The Mustangs (4-0), ranked second in each of the first three polls of 2019, received 10 out of a possible 16 first-place votes this week from the Football Reporters of Canada panel, good for 473 total points when combined with the statistical calculation by the ELO Rating System.

Ranked first since the start of the campaign, the reigning national champion Laval Rouge et Or (2-1) drop to No. 3 following their first loss since the 2017 Vanier Cup final, a 23-18 setback against their RSEQ archrivals, the Montreal Carabins (4-0).

Montreal earned the remaining six first-place nods from the FRC panel and 449 points to climb to No. 2, while Laval settled for 416 points.

Top-ranked Western is still undefeated at the midway point of its OUA regular schedule thanks to a convincing 40-23 home win over Carleton last weekend.

The Mustangs, who have now won 24 straight overall against OUA opponents dating back to the 2016 Yates Cup final and 26 consecutive regular-season games dating back to Sept. 4, 2016, against Carleton, put both streaks on the line on Saturday when they visit No. 6 Guelph.

Meanwhile, in the most anticipated matchup of the past weekend, Montreal and Laval showed once again why they are considered the top two defensive teams in the country. The RSEQ powerhouses combined for 289 yards of total offence in the Carabins’ 23-18 home victory, marking the 16th time in the past 20 head-to-head duels that the game was decided by seven points or less.

In the Canada West and AUS conferences, Calgary and Acadia remained atop their respective league standings with a 47-13 win at UBC and a 51-32 success at Saint Mary’s, respectively.

Calgary and Acadia both play at home this weekend as they look to match Western and head into the second half of the regular schedule with an unblemished record.