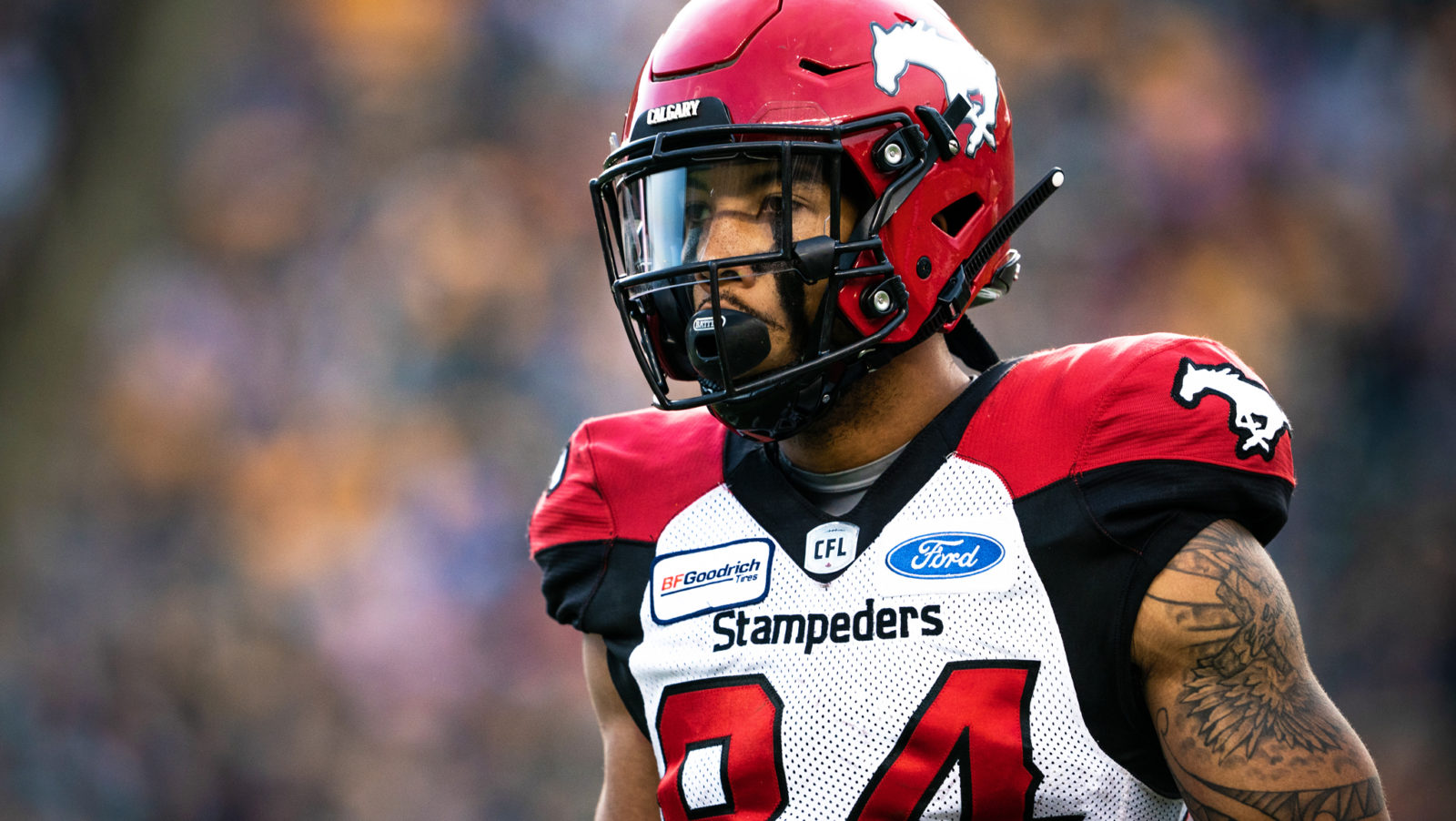 Stamps receiver Reggie Begelton ($11,299) will miss Friday night’s contest vs. the Argos. The CFL’s leading receiver will be replaced by Aaron Peck ($2,500), though Eric Rogers could benefit most from Begelton’s absence.

Don Jackson ($6,367) continues to be the odd man out in the Stampeders’ backfield after being placed on the one-game injured list. Ka’Deem Carey ($5,371) gets the start while Terry Williams ($4,706) handles returns.

Ka’Deem Carey ($5,371) draws another start for the Stampeders this week at running back. Carey has had mixed results the last few weeks, but is one of this week’s most popular Fantasy picks due to his price tag and matchup vs. the Argos.

Markeith Ambles ($4,474) will miss another week for the Stampeders after not practising. Josh Huff ($2,500) has started the last few games in his place and could see his role grow.

With Ambles out, Josh Huff ($2,500) will make another start vs. the Argos. Huff, a former third round NFL Draft pick, will be under some pressure to produce, as Daniel Braverman and Aaron Peck ($2,500) are pushing for more playing time in practice.

Despite returning to practice in a limited role on Wednesday, the Eskimos revealed on Thursday that Trevor Harris ($11,066) will not play in Week 15. He’ll be replaced by Logan Kilgore ($5,000) as the starter.

After completing 75 per cent of his passes in relief of Harris, Logan Kilgore ($5,000) will make his first start as an Eskimo. Kilgore is a scarcely-owned buy-low candidate in a highly-efficient offence.

Despite returning to practice this week, injured receiver Luke Tasker ($6,625) will not play Friday in Edmonton. Tasker has been sidelined since Aug. 17.

Jackson Bennett ($3,500) will be the Ticats’ starting running back on Friday night, though Anthony Coombs could take some of his workload. Still no Tyrell Sutton for the Ticats.

Bombers running back Andrew Harris ($10,845) will return to the lineup this weekend. Harris finished serving his two-game suspension after testing positive for a banned substance and hasn’t played for almost a month.

Matt Nichols ($8,071) has yet to return to practice for the Bombers. According to Mike O’Shea, it will be a week or two before the team provides another update on Nichols’ health.

After missing action in Week 13, Lucky Whitehead ($3,805) is back in the lineup this week for the Bombers. Whitehead has been boom or bust in 2019, his first season in the league.

According to Didier Orméjuste, Als running back Jeremiah Johnson ($5,938) has returned to practice. Johnson missed the Alouettes’ loss to Saskatchewan in Week 14.

Targeted twice in his Alouette debut, Chris Matthews ($2,925) could see the field more in his second game with the team. Matthews hauled in a 42-yard reception last week vs. Saskatchewan.

Brad Sinopoli ($7,023) will return to the starting lineup for Saturday’s game vs. BC. Sinopoli was injured in practice last week and the team opted to be cautious on the trip to BC.

John Crockett ($5,149) will not return from the REDBLACKS’ six-game injured list this week. He’s been out since Aug. 24 with an injury.

Caleb Holley ($3,315) will miss another game for the REDBLACKS this week. Holley reportedly practised, but Devontae Dedmon ($2,500) will get the nod at slotback instead.

With Sinopoli set to return, Nathaniel Behar ($2,500) returns to his old spot at field wideout. Behar has been engaged in the REDBLACKS’ passing attack the last couple of weeks, but is considered a risky Fantasy play.

First-year receiver Jerminic Smith ($2,500) has returned to the REDBLACKS’ practice roster. Ottawa is getting some reinforcements at receiver.

Lions running back John White ($6,667) is back in the starting lineup this week in place of Brandon Rutley ($5,011). White has been sidelined since Aug. 24 when he was injured vs. the Ticats.

Despite coming off his first 100-yard rushing performance, Brandon Rutley ($5,011) is out of the lineup for the Lions this week. John White ($6,667) will get the bulk of the carries in the BC backfield against Ottawa.