Weekly Predictor: REDBLACKS with the edge in rematch? 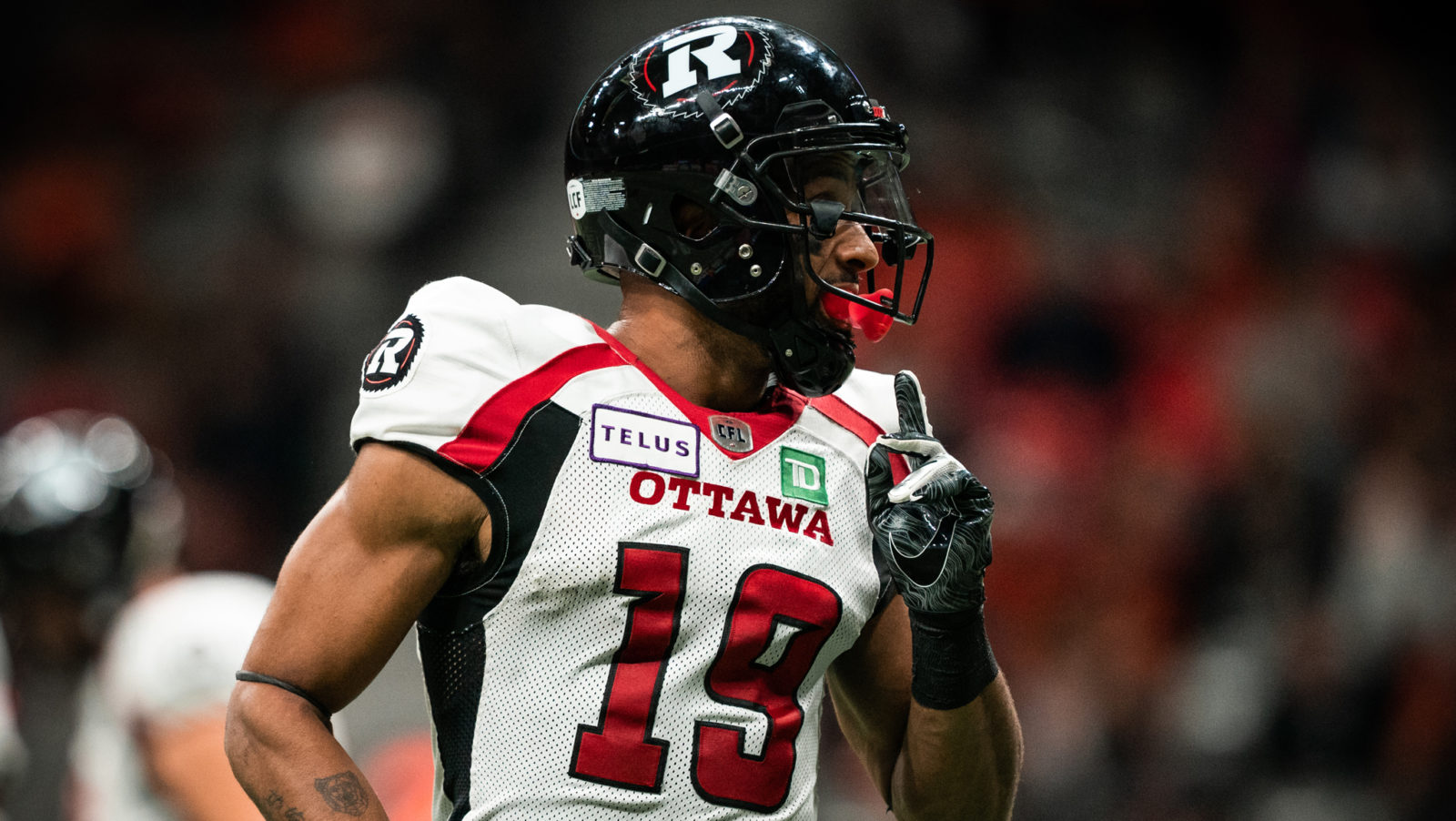 Weekly Predictor: REDBLACKS with the edge in rematch?

The final third of the season begins with back-to-back doubleheaders starting on Friday night.

The Calgary Stampeders are undefeated since Bo Levi Mitchell has returned at quarterback and are closing in on the Winnipeg Blue Bombers for first in the West Division.

They visit the Toronto Argonauts, who have found some life of late. It’ll be interesting to see if McLeod Bethel-Thompson and company can carry over some stronger play and try to spoil the Stampeders rise in the standings.

The Tiger-Cats stayed out west to prepare for the game against the Eskimos after having their game-winning field goal blocked in Calgary a week previous. Hamilton showed they can play with anybody East or West and will be a challenge for Edmonton.

The Eskimos likely have Logan Kilgore starting at quarterback and against the staunch defence, it’ll be a big test for Edmonton to keep pace in the West Division as a three-game losing streak for the Eskimos have left them two games back of second in the division and looking more like a crossover team.

Saturday begins in Montreal with the Alouettes playing their third of six straight games against the West Division.

The Als were close to making a huge statement in Saskatchewan and will try to make a similar statement with the West-leading Bombers in town.

Winnipeg will have a highly motivated Andrew Harris back at running back as he returns from his two game suspension.

And the week will wrap up in Ottawa with the Lions and REDBLACKS ending their home and home set.

Ottawa should see this as their last chance to put any pressure on Montreal for the second and likely final playoff spot in the East Division. The REDBLACKS losing streak has now stretched to five games and they haven’t scored 20 points in any of those losses.

BC’s offensive line was much better the last two weeks and they found some success on offence running the ball. We’ll see if the Lions can win back to back games for the first time this season.

Will the Stampeders leave Toronto with a victory? (Johany Jutras/CFL.ca)

The Toronto offence has been much better over the last five weeks, though the wins haven’t been coming along with it.

Toronto hasn’t turned over the ball nearly as much as the first half of the season and that will be vital to continue if they have a hope against Calgary.

Though on the other side of the field, we are seeing the rise of the Stampeders. Calgary is getting healthier on offence and are starting to become the force that we’ve seen the last 10 years. Bo Levi Mitchell hasn’t lost since coming back to the lineup and the defending champs have first place in their sights. 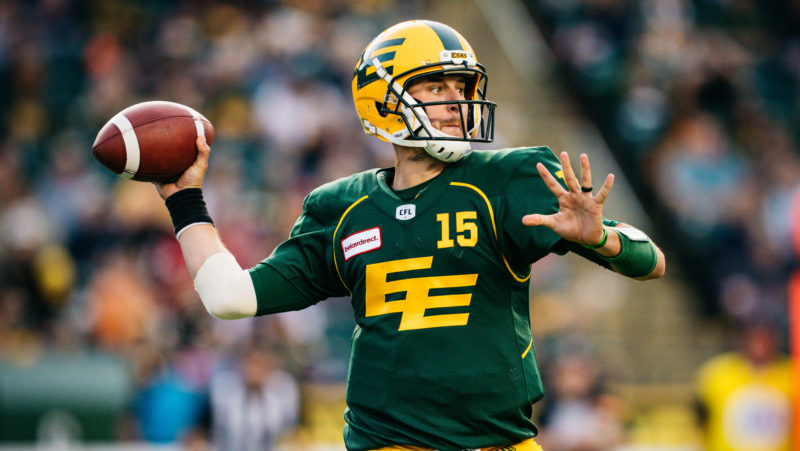 Will it be Logan Kilgore at quarterback this weekend against Hamilton? (Johany Jutras/CFL.ca)

Logan Kilgore will likely be the man leading the Eskimos at quarterback with Trevor Harris injured. He was alright filling in two weeks ago and has now had a bye week to settle in as the starting quarterback for the time being.

But his first start comes against the Tiger-Cats defence that has the lowest opposing quarterback completion percentage and the second fewest amount of points.

Dane Evans is another back-up quarterback, though he appears he might be getting better and better with more time in the starting position. Hamilton has to stop turning over the ball. If they had a clean game, they would have beat Calgary easily last week. 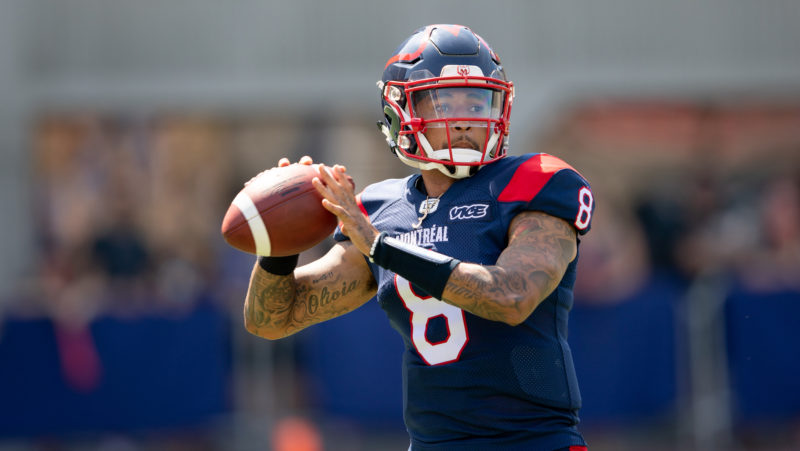 Vernon Adams Jr. and co. eye a win at home this week (MontrealAlouettes.com)

The Montreal Alouettes are a middle of the road team showing they can play with the big boys. They battled Saskatchewan right to the end and a few weeks ago came back to beat Calgary.

Now it’s the Winnipeg Blue Bombers coming to Montreal and Vernon Adams Jr. will have to win this game through the air as the Bombers allow the fewest amount of yards rushing and also allow the fewest points this season.

The Bombers will unleash Andrew Harris, who will be running with some purpose after having his name dragged through the mud after a positive drug test. After seeing William Powell have success on the ground, you have to believe Streveler and Harris can do damage this week. 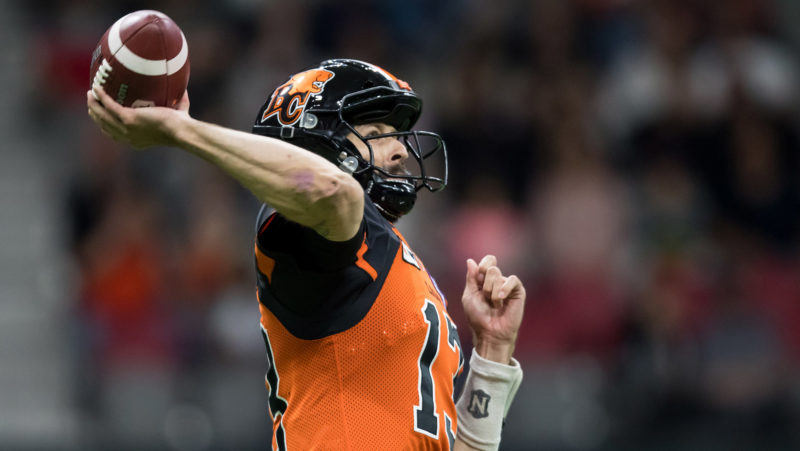 Ottawa has not been good, there is no doubt about that. Their offence can’t score and their defence can’t survive the constant barrage from the opposition.

However, you can’t ignore that they’re taking on another team who has struggled on the road and overall this season.

Jonathon Jennings has another shot at his former team but will have the home town behind him. Ottawa has to get pressure on Reilly if they have any shot. They also need to own the time of possession. I’d be trying to run it right at a defence that’s struggled against the run.

Reilly got a maintenance day at practice so he’s clearly banged up. But if they can rely on the run game on the road, the Lions can definitely make this back to back wins. 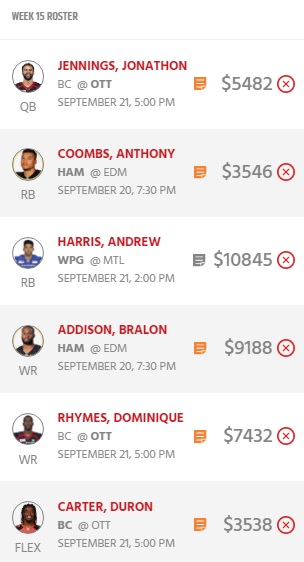