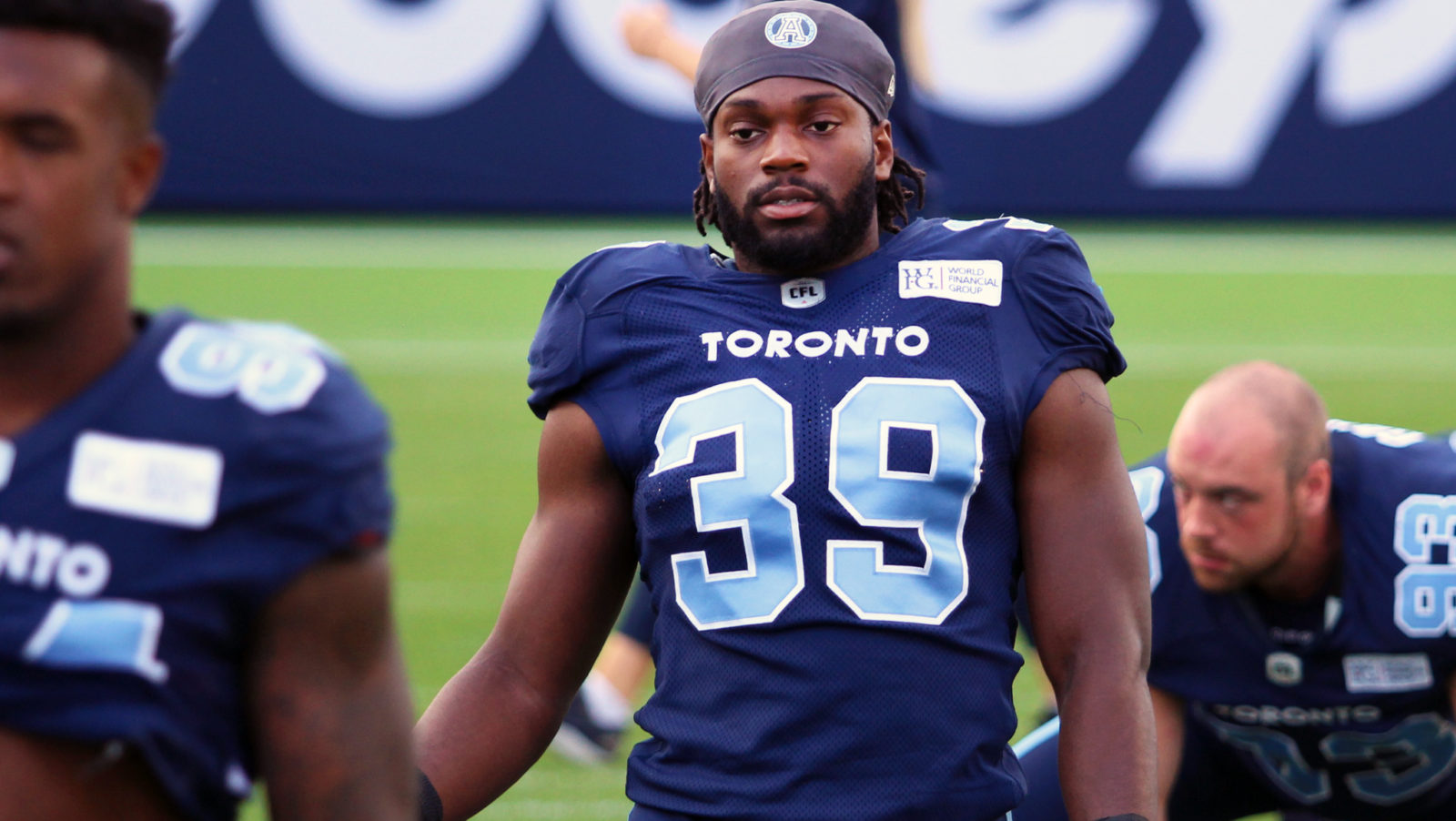 Every winter I go on and on.. and on for months about how good CFL draft prospects are as they complete their fourth year of university eligibility in U SPORTS, the NCAA, CJFL, or just about anywhere quality football players qualifying for national status can be found.

We go through regional combines, the national showcase, interviews with teams, pro days and then everyone gets drafted and the story is over and done with right? Wrong.

The CFL Draft is the beginning of each player’s individual football story, not the end. Due to this, it’s important we continue to track CFL drafted players to discover who is making moves to be considered the future of football in Canada.

It’s not hard to be trending upwards when you were Mr.Irrelevant in the 2019 CFL Draft but did Colton Hunchak ever look great in the Labour Day rematch between the Stampeders and Eskimos?!

Hunchak had five catches on five targets for 53 yards, including a sideline toe tapping performance worthy of the CFL’s best. Oh by the way, all that in just his first career start. 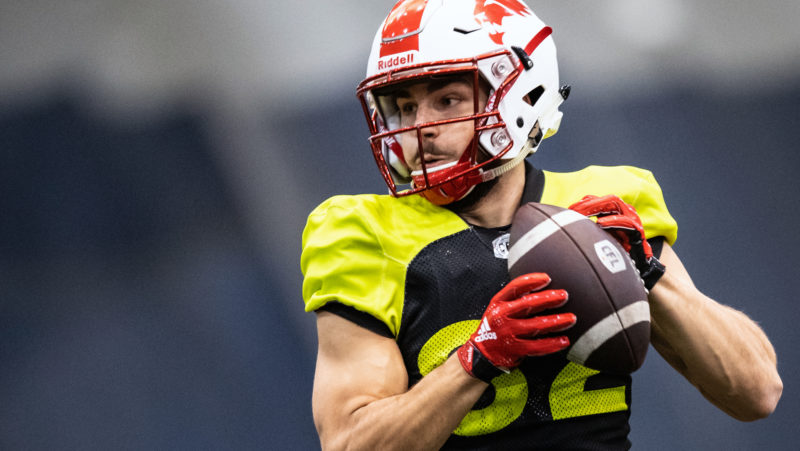 Despite being the last pick in the draft, Colton Hunchak has emerged as a starter (Johany Jutras/CFL.ca)

In a rough season for the Boatmen, Robbie Smith has taken a ton of snaps and, outside of the odd penalty or giving up the edge, he’s held his ground extremely well as a rookie and one of the nicest guys in the draft process from 2019.

He was a stud coming out and after getting his chance early in the season due to retirements and injuries, Desjarlais has looked every bit the part in his first CFL season with a Bombers offensive line which I believe to be easily the best constructed through the draft for the next 5-10 years, with Desjarlais and Geoff Gray serving as the anchors.

It’s never fair to drop someone due to injury, especially one as awful as the ankle injury suffered by the Bombers young backup but I wish we could have seen him play through the Andrew Harris suspension to get a taste of what Oliveira might become when Harris is done in Winnipeg as the new lead man.

He has the size, the speed and the drive, but he just hasn’t gotten much of a chance to shine for the Riders this season. Here’s hoping Lenius gets some more touches down the home stretch of the regular season and can help the Riders make some noise in the playoffs.

At 11th overall and paired with June Jones as a shifty slotback, I was excited to watch Ungerer the second he stepped on the practice field in training camp. Hampered by an early season lower body injury, David took his time coming back and is working his way into the lineup as a field side wide receiver behind Mike Jones.

In limited action, Ungerer has shown the trademark burst that shot him up the draft boards late last spring thanks to a breakout final season at Idaho. 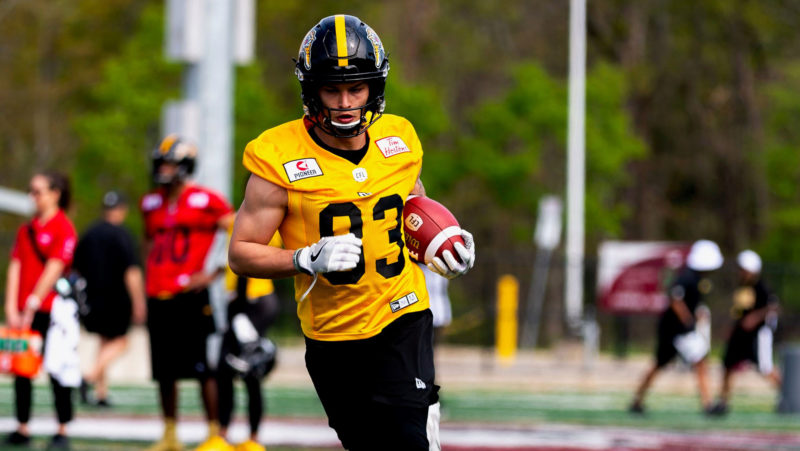 An early-season injury put rookie David Ungerer at a disadvantage in year one (Ticats.ca)

I mean, we all knew this was going to happen didn’t we? When one of the best defensive players in U Sports gets taken by the reigning champs as a depth selection he’s destined to contribute in a positive way and that’s just what has happened with Fraser Sopik this season.

This was a tough category to pick someone from as few late round picks have been silently contributing to their drafted roster, but Laurier’s Mario Villamizar has dressed several times this year and been around the football a ton on special teams.

C’mon, please? The Argos aren’t making the playoffs and I’m not sure what there is to gain from watching the same two man band run out there and rack up a ton of yardage, which at the end of the season will essentially become nothing more than a memory in time.

The Argos have to look different next year, so why keep trotting out the same lineup this year? If you drafted him at 20th overall let him play in a legitimate CFL game – not Week 21 against and with backups – and let’s see what O’Connor can do.

I know, they haven’t even had a chance to let him play as of yet, but I’d love to see Mathieu Betts on the field in green and gold quickly following his release from the Chicago Bears.

I can’t wait to see if he matches the production of Laurier’s Kwaku Boateng on that defensive line after Boateng unjustly fell, and fell, and fell some more in his CFL Draft year unlike Betts who went in the top three.