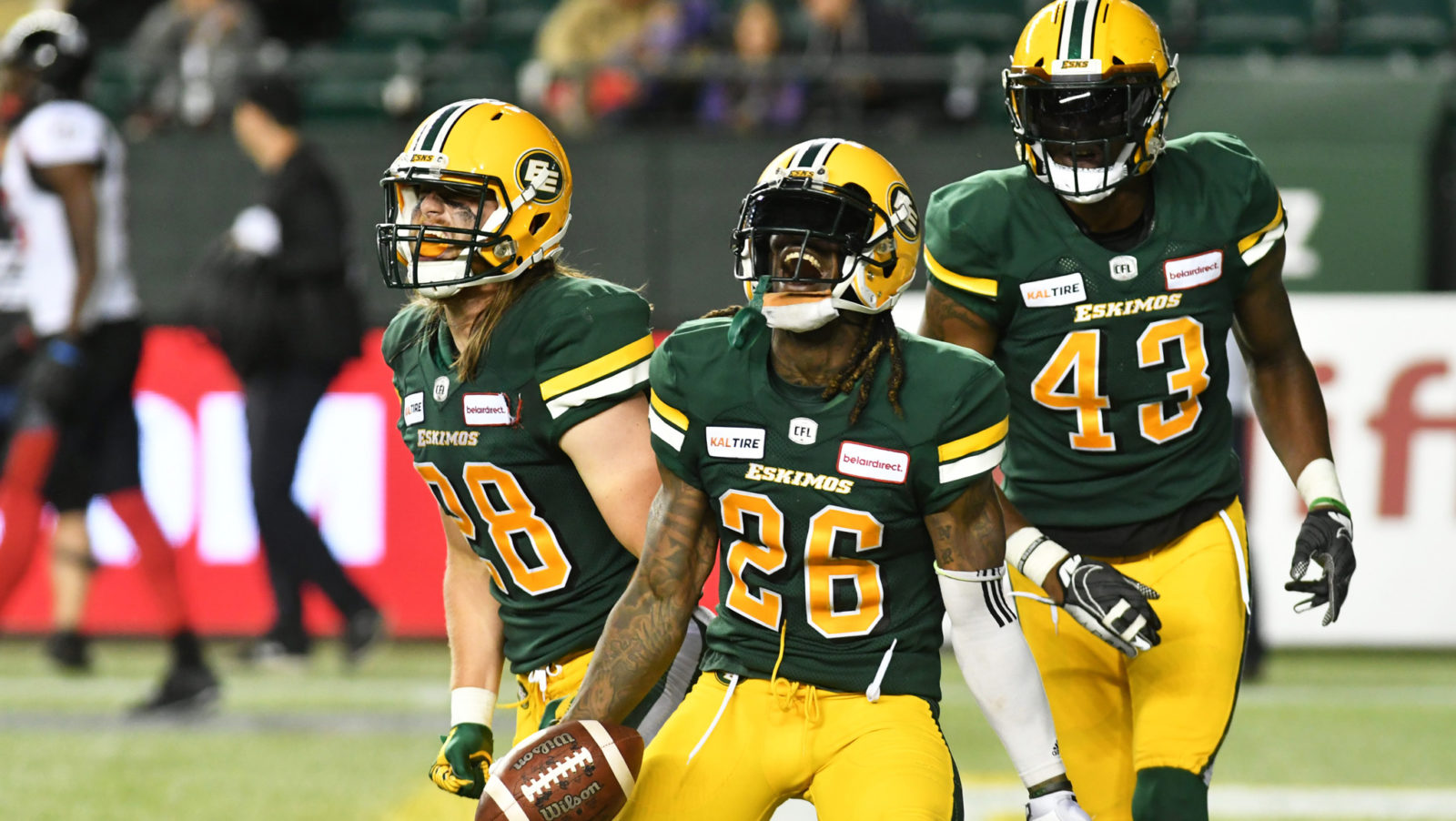 After getting a three-game slate a week ago, we return to a four contests for Week 15, with doubleheaders on both Friday and Saturday.

Both teams are coming in off victories, but the Argos will be hard-pressed to make it two straight at home against the Stamps.

Toronto is coming off a bye, but in Week 13, they blew out the Ottawa REDBLACKS on the road to earn their second win of the 2019 campaign.

Calgary has looked like a Grey Cup threat since getting superstar pivot Bo Levi Mitchell back in the fold. They’ve won three straight, including a come-from-behind victory against Hamilton in Week 14.

The Stamps got the best of the Argos in the last matchups between these two teams. Calgary will be favoured to sweep the season series at BMO Field on Friday.

There’s still a question of who will be under centre for the Esks on Friday night, but regardless of which individual starts, the Tabbies will be coming in looking to spoil the night for the Edmonton faithful.

Hamilton dropped its last game to Calgary, but the Ticats are still poised to take the East crown, having won four of their last five.

On the other side, the Eskimos sit at .500 on the year and

The best in the West heads East for a showdown with one of the hottest squads in the league to open action on Saturday.

Winnipeg hasn’t played since taking home the Banjo Bowl in Week 13, but they convincingly beat Saskatchewan in that game, using a four-score first half to catapult them to the victory.

Montreal has won three of its last four. Despite dropping a close game to the aforementioned Riders in Week 14, Vernon Adams Jr. is slinging the ball right now and the offence is firing on all cylinders.

Sitting at 6-5, Montreal will have their work cut out for them against the Bombers, who are tied with Hamilton for the best record in the CFL.

Saturday | BC at Ottawa

Following a blowout at BC Place in Week 14, the REDBLACKS and Leos run it back at TD Place on Saturday to finish their season series.

Bc is riding high after beating Ottawa to get its first win since Week 4. Mike Reilly wasn’t sacked, and that made a difference in the victory in front of the Lions’ home faithful.

The REDBLACKS have dropped nine of their last 10 games and need something to go right for them — perhaps there’s a Will Arndt sighting on Saturday.