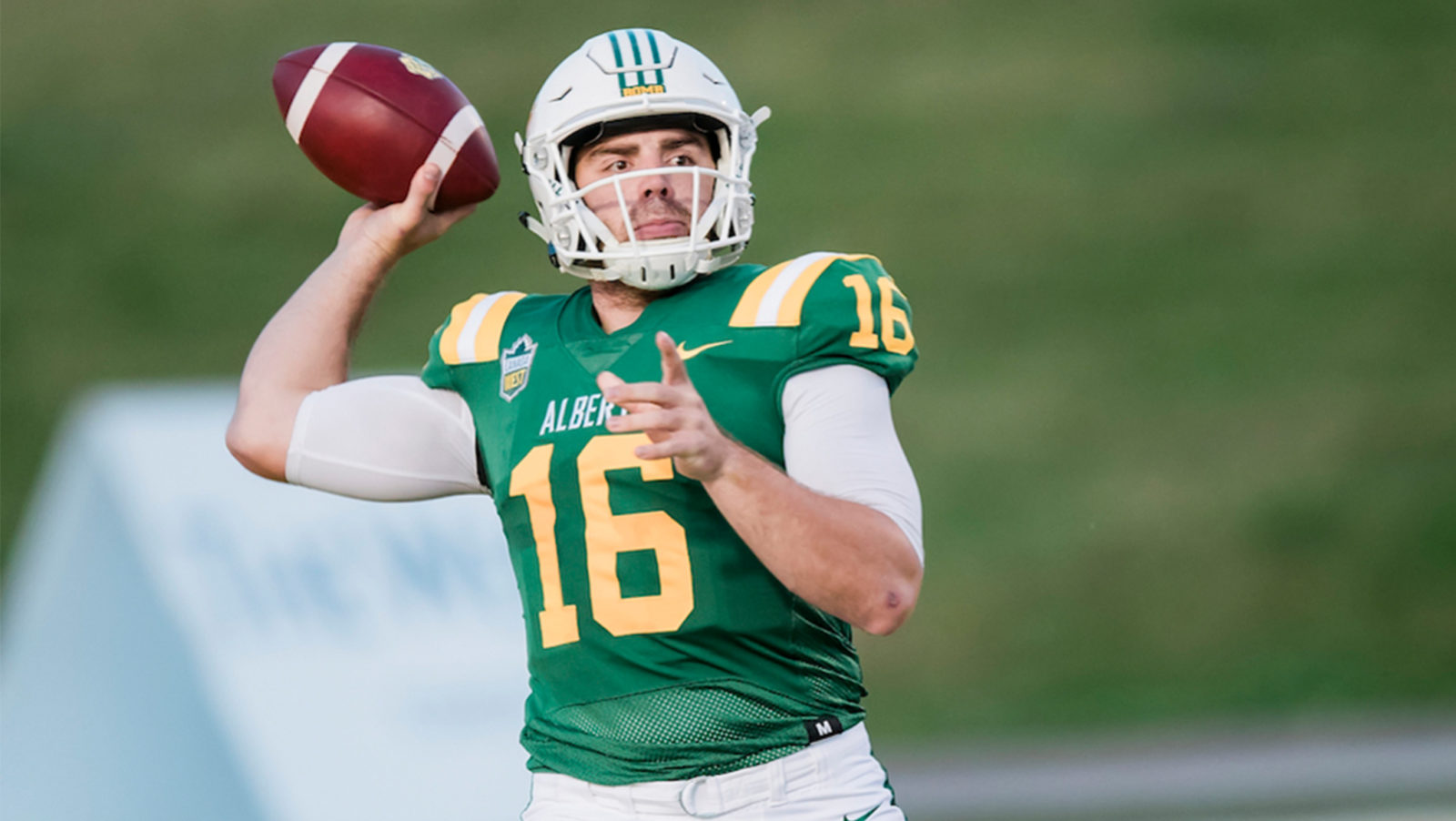 It’s hard to believe, but we’ve essentially reached the midway point of another U SPORTS football season.

Home openers and frosh-week sellouts have come and gone, the Montreal Carabins have (at least temporarily) dethroned Laval in the RSEQ conference and a whole bunch of dynamic new teams are knocking at the playoff door.

The Alberta Golden Bears — the same program that has been below .500 for a decade — are 2-1, and received a boatload of votes for this week’s Top 10. Their Week 5 matchup against No. 8 Saskatchewan (2-1) could be the game to watch this week.

Out East, the Bishop’s Gaiters are 2-2 and already have their most wins in a single season since 2013, when they went a remarkable (and outlier) 6-2.

In Ontario, the No. 10 U. of T. Varsity Blues (2-1) are nationally ranked for the first time since before most of their players were born (1997); the Blues could match their best regular-season win total since 2013 with a win against Queen’s (1-3) this week.

Let’s take a peek at who our #UniversityBlitz experts are taking! 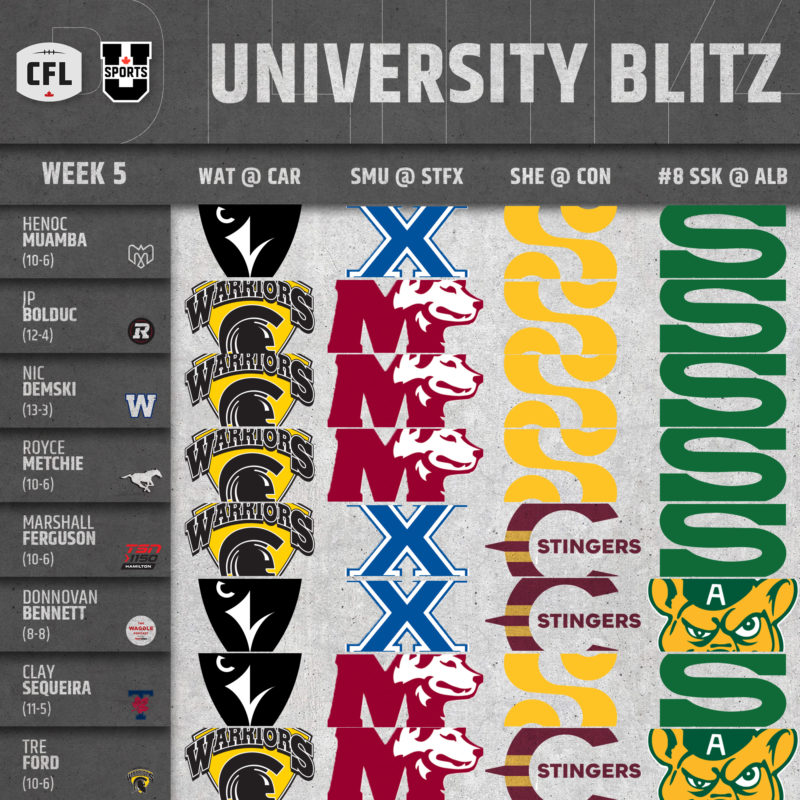 For the full U SPORTS schedule and standings, click here.