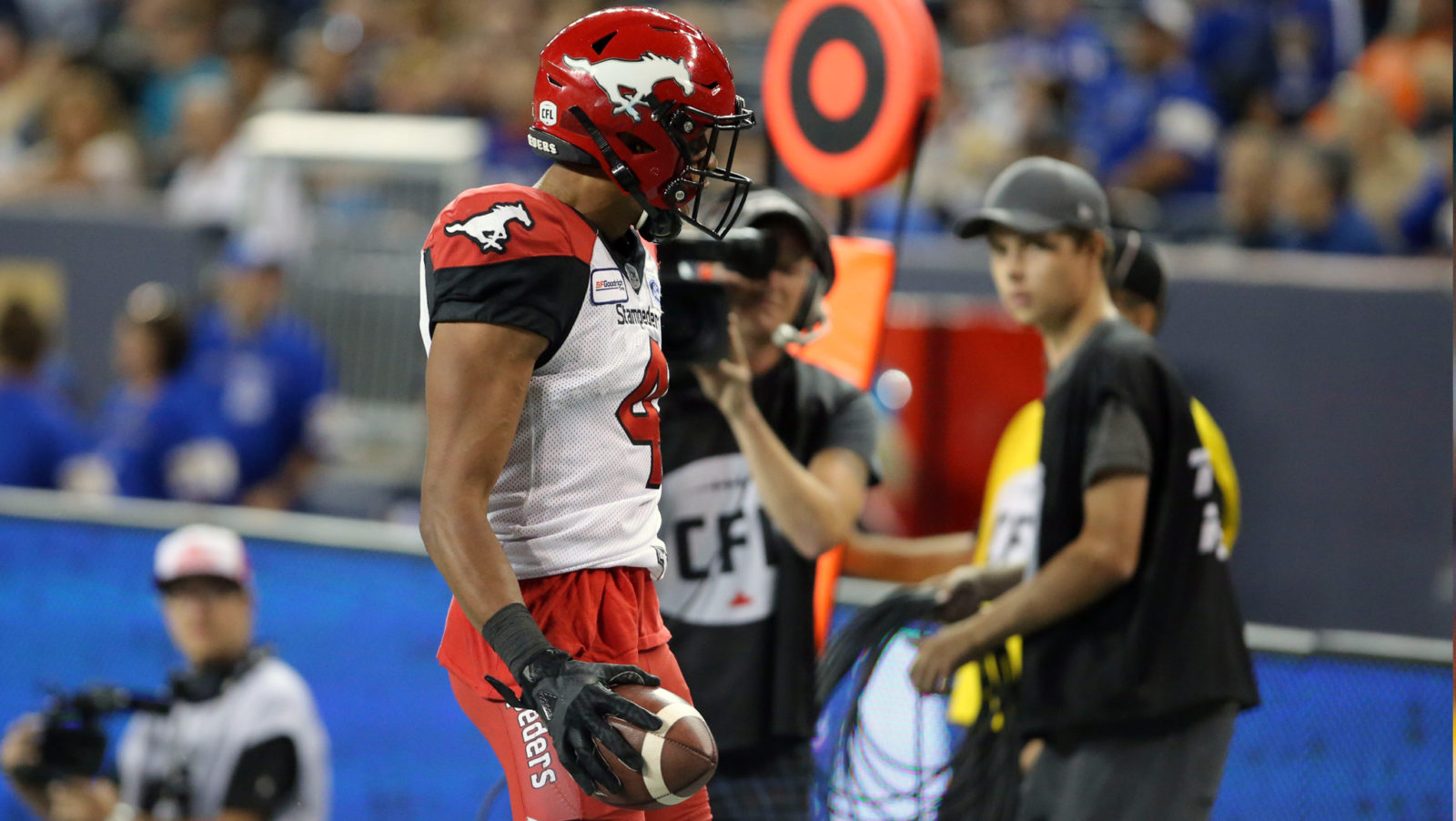 TORONTO — Volume and matchup should be two of the bigger factors when considering who to start as your No. 1 receiver in TSN CFL Fantasy.

BC’s Bryan Burnham and Calgary’s Eric Rogers check off both boxes as they get set for starring roles against suspect secondaries in Week 15. Both players were named locks for this week on the CFL Fantasy Podcast presented by LeoVegas.

Burnham, who converted nine of his 11 targets into catches vs. Ottawa last week, gets a rematch with the REDBLACKS’ struggling secondary.

“Mike Reilly wasn’t sacked once last week,” said Jeff Krever. “That Ottawa secondary, it’s been pretty soft of late. Bryan Burnham‘s my lock. I think Mike Reilly and Burnham are going to carve that defence up once again.”

Rogers, meanwhile, could be the benefactor of a Stampeders offence without Reggie Begelton, who leads the CFL in yards in 2019. His role has already grown recently, totaling 19 targets over the last two games, and will likely be the primary target vs. the Argos on Friday night.

“I want to get in on that parade of receivers who can put up 30, 40 points potentially,” said Hannah Nordman, “but I want to do it at a price of $8,300, and up against the Argos I think we’re looking at another big week for Calgary receivers. Eric Rogers is in my lineup.”

The Argos continue to put up big numbers offensively, so why aren’t they getting more respect? More from Pat Steinberg, Hannah Nordman and Jeff Krever with the CFL Fantasy Podcast.

Every week, the podcast trio also submits money picks — $3,500 or less — to help you break the cap. This week’s top value choices are Chris Matthews, Duron Carter and Tevaun Smith.

Matthews is looking to crack a talented Alouettes group of receivers after being released by the Bombers last month. His lone reception last week went for 42 yards.

“Caught a big pass last week, that was his only catch but the fact he was able to haul in that kind of reception and the fact he was targeted in that offence for Montreal, against a pretty good Riders defence, gives me hope he can continue to be worked in more,” said Steinberg.

One of the CFL’s more intriguing free agent signings in the off-season, Carter has failed to live up to high expectations in his first season with the Lions. Last week, however, he scored his first touchdown of the season, and will try to repeat the effort vs. the REDBLACKS.

“Twelveth in the CFL in targets, that’s pretty good, but it goes downhill from there,” said Krever. “Eighteenth in catches, 25th in yards — that means he’s not turning targets into production. That’s a really bad sign for a receiver. He broke out of that funk a little bit last week against Ottawa, I’m hoping he can carry a bit of that momentum forward. One more time, let’s see what you’ve got Duron.”

“He normally hovers around three or four receptions, last week just one but it was a touchdown,” said Nordman. “I think there’s potential for him to come out and get you 15 or 20 points but don’t bet on it, that’s why he’s just a money pick.”

*Steinberg’s lock was originally Brandon Rutley, who will not play