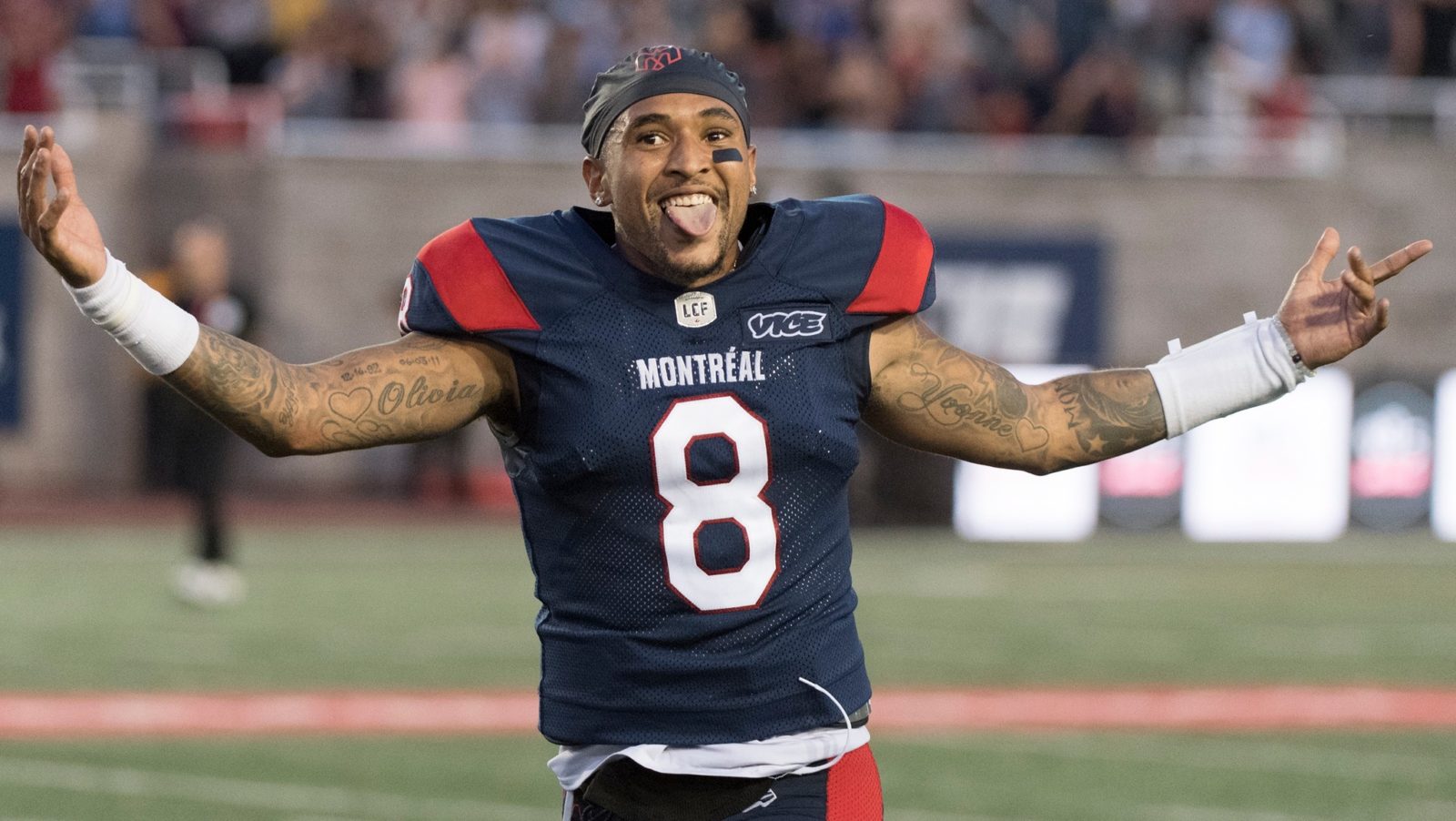 MONTREAL — Vernon Adams jr. led an incredible fourth quarter comeback to lift the Montreal Alouettes over the Winnipeg Blue Bombers with a 38-37 home win on Saturday. The Als scored 21 unanswered points in the fourth quarter, and Adams engineered a 94-yard game-winning drive in the final minute that ended with a 15-yard touchdown pass to Jake Wieneke.

The Als now hold a 7-5 record after completing the biggest comeback in franchise history.

A dominant opening drive gave the Bombers an early lead. Quarterback Chris Streveler led the offence down the field on the ground and through the air before capping off the drive with his tenth rushing touchdown of the season.

The Als responded with a field goal after an electric kickoff return from Shaquille Murray-Lawrence, but Winnipeg answered right back with another long scoring drive that saw Streveler throw a 13-yard touchdown pass to Darvin Adams. Streveler’s solid opening half kept rolling when he darted to the end zone on a 38-yard rushing touchdown in the second quarter, but the Als cut into the lead with a six-yard rushing touchdown from Adams.

A gadget 74-yard passing play from Darvin Adams to Andrew Harris set up Streveler’s third rushing touchdown, and the Bombers’ defence extended the lead when a strip sack from defensive lineman Craig Roh resulted in a fumble recovery touchdown for linebacker Kyrie Wilson.

Montreal responded before half-time after an interception from defensive back Ciante Evans and an incredible catch from DeVier Posey set up a touchdown pass from Adams to Chris Matthews. The Bombers extended their lead with a field goal in the third quarter, but the Als made it a two-possession game with just over ten minutes to play after the offence completed a 98-yard touchdown drive.

Adams threw a beautiful 29-yard touchdown strike to Posey with two minutes remaining to cut Winnipeg’s lead down to six points. The Als came up with a huge sack to force a late punt and get the ball back with a minute to go, and a 60-yard catch from Quan Bray put Montreal in scoring position with just over 10 seconds remaining.

Adams finished the game with 488 passing yards and four touchdowns while completing 63 per cent of his throws.

A 26-yard rush from Streveler jump-started Winnipeg’s opening drive, and the Bombers moved the ball inside Montreal’s 20-yard line four plays later after Streveler broke free for a nine-yard run. An 11-yard catch from receiver Nic Demski brought the ball down to the one-yard line, and Streveler finished the drive off with a quarterback sneak touchdown to give Winnipeg the early lead.

A huge 58-yard return from Murray-Lawrence on the ensuing kickoff gave Montreal instant momentum, and Adams capitalized by following it up with a 21-yard completion to Wieneke. But the Bombers’ defence managed to hold the Als there and forced Montreal to settle for a 25-yard field goal from Boris Bede to cut into the lead.

The Bombers came storming back to respond on their next drive. A 19-yard rush from Harris on a sweep play set up a 13-yard touchdown pass from Streveler to Adams, and Justin Medlock kicked the extra point to give Winnipeg a 14-3 lead.

Streveler’s big rushing day continued in the second quarter when the quarterback got to the left edge for a 38-yard touchdown run. The Bombers blocked it perfectly up front, leading to Streveler going untouched as he sprinted towards the end zone for the score.

Adams got the passing game going on Montreal’s next drive with a 44-yard strike to Wieneke. A 13-yard catch-and-run from Posey brought the ball into scoring position, and Adams capped off the drive with a six-yard touchdown run. Bede kicked the extra point to cut Winnipeg’s lead down to 11 points.

The Bombers dialed up a gadget play to retake momentum on the following drive, as Adams took a direct snap before throwing a 74-yard pass to Harris. Harris gained 39 yards after the catch, broke multiple tackles and nearly scored before going down at the one-yard line. Streveler finished the drive with his third rushing touchdown of the game, and Medlock added the extra point to put Winnipeg up 28-10.

Winnipeg’s defence further increased momentum when Roh got to Adams for a strip sack, and Wilson recovered the fumble before taking it 20 yards to the end zone for the defensive score. But Medlock missed the extra point, leaving the Bombers with a 34-10 lead.

Montreal managed to get things going shortly before half-time after the defence shifted momentum. Evans accelerated to jump a route and intercept Streveler’s pass, and Adams seized the opportunity by leading his team to points in the final minute.

Posey climbed the ladder for a highlight-reel 12-yard grab to secure a fresh set of downs, and Adams capped off the drive with a 19-yard touchdown pass to Matthews. Bede kicked the extra point to make the score 34-17 heading into the half.

The Bombers added to their lead with a 30-yard field goal from Medlock in the third quarter, but Montreal began to move the ball again in the fourth. Adams spun away from Willie Jefferson to complete a 14-yard pass to receiver Felix Faubert-Lussier, and the big play set up a 10-yard touchdown pass to Matthews.

Bede added the extra point to make it a two-possession game with just under 12 minutes remaining. Winnipeg attempted to extend the lead with a 53-yard field goal, but Medlock’s kick was denied after it hit the right upright.

Adams found a passing rhythm down the stretch, but a timely interception from defensive back Jeff Hecht at Winnipeg’s three-yard line put an end to the promising drive.

The Als made things interesting by driving down the field in the final minutes with an 83-yard scoring drive. Adams capped it off with a 29-yard touchdown pass to Posey, and Bede kicked the extra point to make the score 37-31.

A sack from defensive end John Bowman forced a late punt and gave Montreal another chance on offence, and the Als made the most of the opportunity by driving nearly 100 yards for the game-winning score.

Week 16 will see the Winnipeg Blue Bombers host the East-leading Hamilton Tiger-Cats next Friday, while the Montreal Alouettes will face the BC Lions on the road next Saturday.