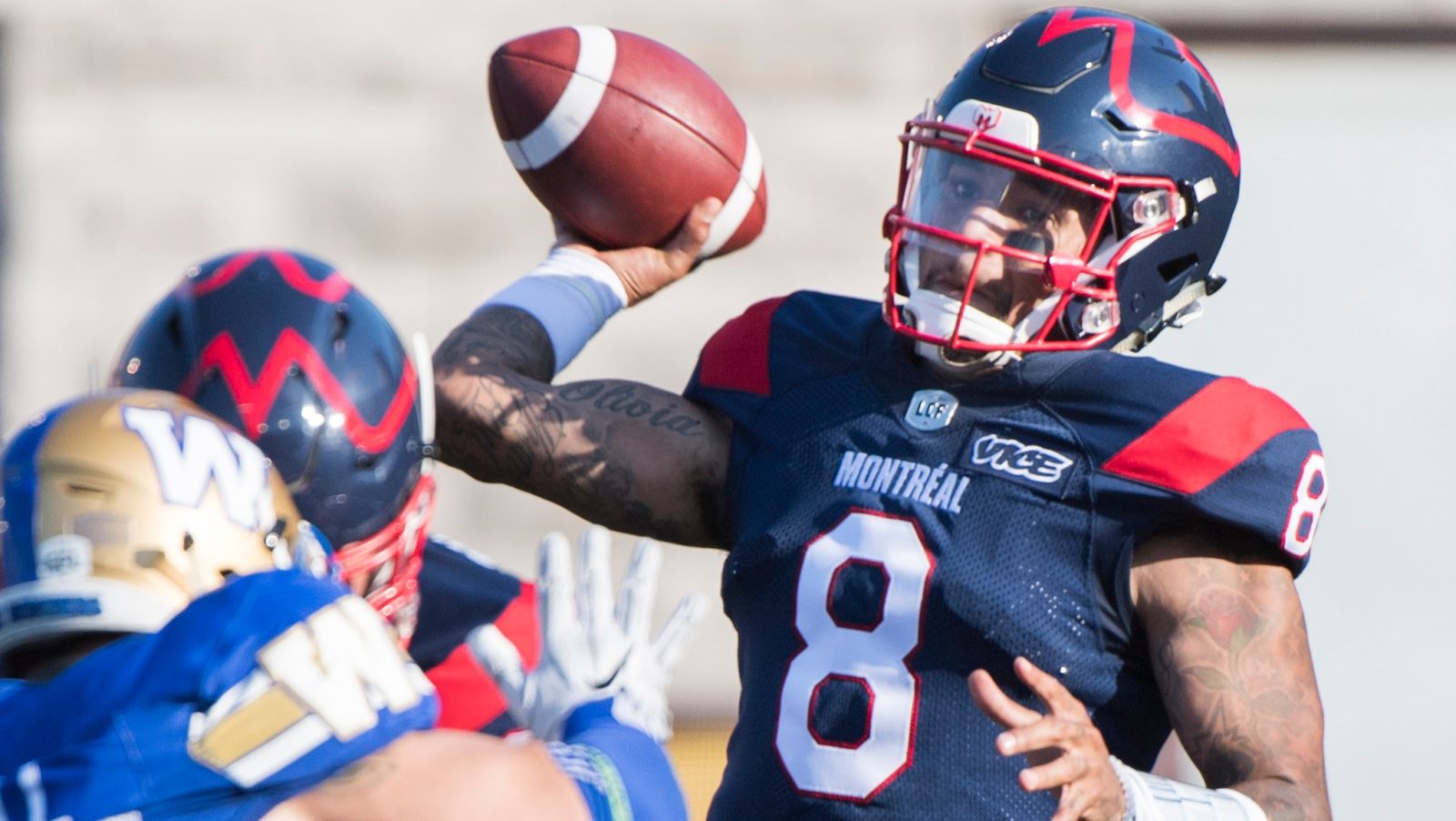 MONTREAL — Vernon Adams Jr. showed once again that no lead is safe when the ball is in his hands with the game on the line.

The Als were down by 20 points against the Winnipeg Blue Bombers entering the fourth quarter on Saturday night, but Adams led his team to 21 unanswered points and drove the offence down the field on a 94-yard drive in the final minute for the game-winning score.

“They never gave up,” Head coach Khari Jones said after the win. “Vernon was outstanding. He made some mistakes but came back and just kept doing his thing.”

Adams had the biggest passing performance of his CFL career, throwing for 488 yards and four touchdowns while completing 27-of-43 passes. The 26-year-old quarterback also added his eleventh rushing touchdown of the season.

“He’s just a winner,” Jones said. “That’s one thing you want to be known as a quarterback is a guy who finds ways to win football games. He never gives up. He fights, he makes plays with his feet and with throwing the ball. He’s still getting there, but when the play breaks down he can make something happen, and I’m just so proud of him.”

The Als have mounted multiple late comebacks this season, and Adams was confident his team would find a way to get the job done against Winnipeg despite the lack of time left on the clock.

“This team is just different,” Adams said. “We have the fight, we have the love for each other. We’re staying together.”

Even more exciting for Montreal is that Adams still has room to develop as a starting CFL quarterback, which means his performance in Week 15 could just be a glimpse of things to come. Adams has now passed for 2,953 yards and 15 touchdowns across 11 games this season.

“He doesn’t have a full season under his belt, and he’s doing things like this which are pretty incredible,” Jones said. “We’re pretty fortunate to have him, and I’m really enjoying coaching him.”

The next test for the Montreal Alouettes comes next Saturday night when they host the BC Lions at 10 p.m. EDT.