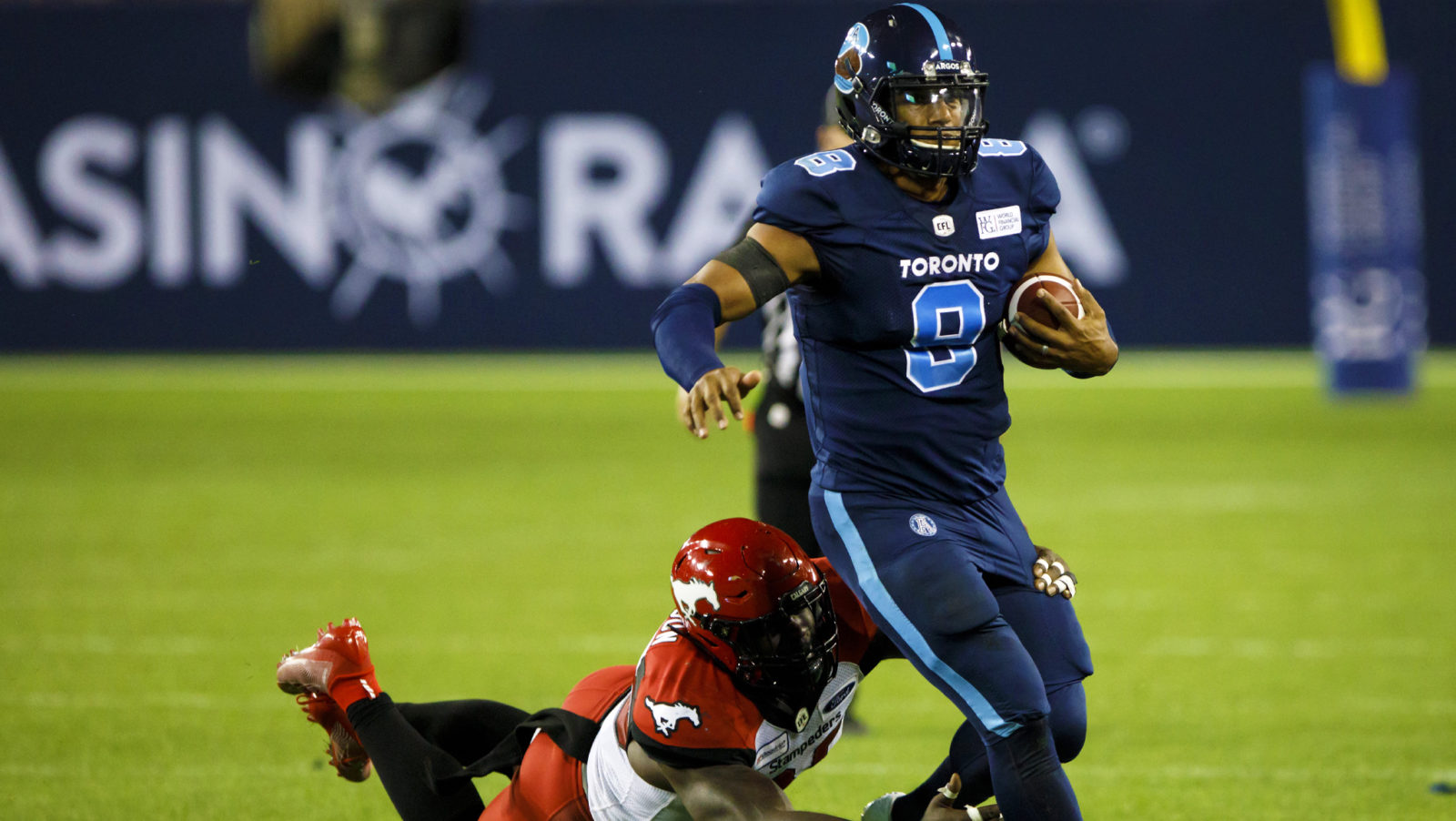 TORONTO — It appears the Toronto Argonauts have made a decision regarding who will start at quarterback this weekend.

James Franklin will be under centre for the Argos when they host the Saskatchewan Roughriders on Saturday night, according to a report from 3DownNation’s Justin Dunk.

Franklin replaced McLeod Bethel-Thompson in Week 15 against the Calgary Stampeders and completed 12 of 16 passes for 147 yards and a touchdown in his team’s loss.

Franklin was slated to be the Argos starting QB in 2019 but after Toronto started the season 0-2, Bethel-Thompson took over behind centre. Bethel-Thompson has thrown for 3,090 yards, 19 touchdowns and 12 interceptions while posting a 2-8 record.

So far this season, Franklin has completed 48 of 71 passes for 582 yards, two touchdowns and two interceptions. He’s also added nine carries for 58 yards on the ground.

The Boatmen host the Roughriders on Saturday night at BMO Field. Kickoff is at 7:00 p.m. ET.