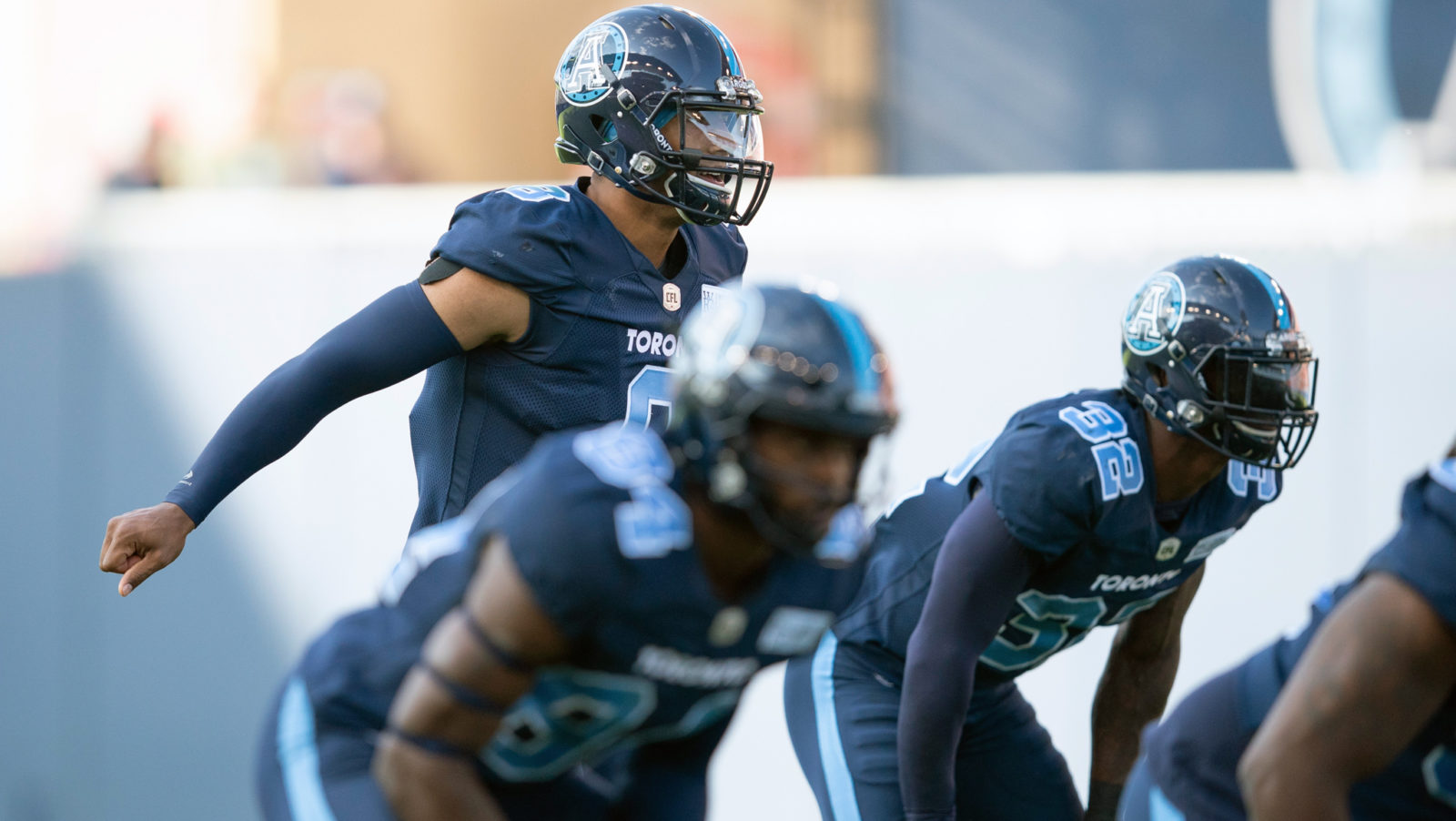 TORONTO — After a quiet couple of months, James Franklin is back in the spotlight.

The Argos’ quarterback had gone from highly-touted prospect to backup, but could be nearing another start when his team takes on Saskatchewan on Saturday.

With McLeod Bethel-Thompson struggling, Franklin came off the bench and provided a spark vs. Calgary, completing 12 of 16 passes (75%) for 147 yards and a touchdown.

While the Argos’ comeback fell short, Franklin may have earned himself a closer look the rest of the way. 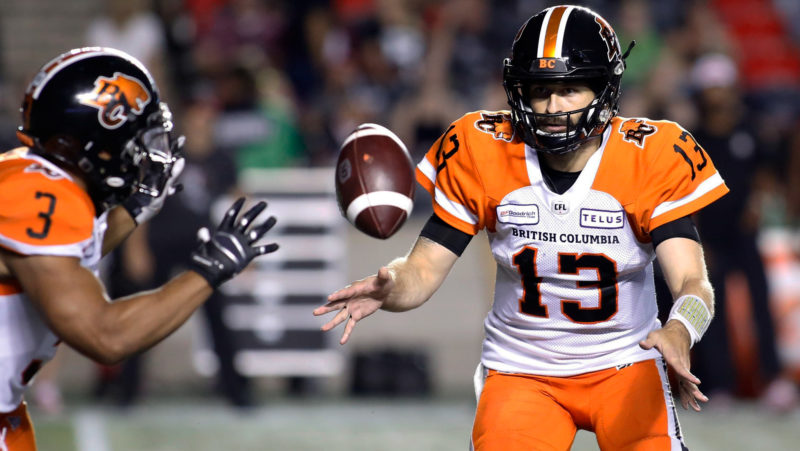 Elsewhere, it was a good week for Bo Levi Mitchell, Mike Reilly and Vernon Adams Jr.

Adams added another chapter to his breakout season, leading the Alouettes on an incredible 24-point comeback in the second half vs. Winnipeg.

And in BC, Mike Reilly threw for a season-high 353 yards in a win over the REDBLACKS.

Who’s on top of the quarterback mountain? CFL.ca checks in after 15 weeks:

Despite missing the CFL’s leading receiver, Bo Levi Mitchell won his fourth straight start and threw for 346 yards vs. the Argos in Week 15. Could the numbers be better? Yes, but Mitchell has the Stamps at the top of the West Division standings, with plenty of time to figure things out before playoffs.

With a career high 488 yards and four touchdowns vs. Winnipeg, Vernon Adams Jr.‘s QB rating of 100.3 is second among starters, behind only Trevor Harris. Add a league-best 9.3 yards per attempt and you have a 26-year-old that could push for top quarterback status by the end of the season.

Sacked just three times over the last three games, Mike Reilly is looking a lot more like the quarterback many expected in his return to BC, averaging 10.2 yards per attempt with five touchdowns and three interceptions over that span. A head to head with Vernon Adams Jr. promises plenty of big plays.

Cody Fajardo should be excited by the arrival of Jordan Williams-Lambert at receiver. Fajardo was Jamie Nye’s dark horse to win Most Outstanding Player, but will need a strong final six games to put himself in that conversation. An appealing matchup with the Argos is on deck.

Dane Evans has completely turned his season around, averaging 379 yards per game and 10.3 yards per attempt over his last three contests. He’s still got some hiccups in his game — he’s thrown eight picks in his last five starts — but the upside exists to become a high-end starter in the CFL.

After four straight touchdowns to open the game, Chris Streveler went radio silent in the second half, generating just five first downs and three points in a loss to the Alouettes. The upside is tantalizing, but Streveler has averaged just 154 passing yards per game in four starts, a mark he’ll look to improve vs. the Ticats.

McLeod Bethel-Thompson looked lost against Calgary, generating just three first downs before being pulled for James Franklin in the third quarter. The CFL’s third leading passer was having a nice season, but could soon be on the bench as the Argos look to figure out their quarterback situation moving forward.

James Franklin gave the Argos a much-needed shot in the arm on Friday, generating two field goals and a touchdown on four possessions. The former top prospect has only started eight games with the Argos, but has made the case for more playing time down the stretch after a stat line of 12-of-16, 147 yards and a touchdown.

Despite a tough start, Logan Kilgore couldn’t be fazed in his first start since 2016, leading the Eskimos back from a 24-0 deficit vs. the Ticats. He’s a viable backup should Trevor Harris miss any more time, and young enough — still just 29 years old — that he could get another opportunity down the road.

Jonathon Jennings struggled for a second straight game against his former team, completing just eight of 17 attempts before being pulled in the second half. Jennings just has not been the answer for the REDBLACKS, and is at risk of returning to the bench as Dominique Davis and Will Arndt look on.