Cauz: How the Montreal Alouettes defied all odds 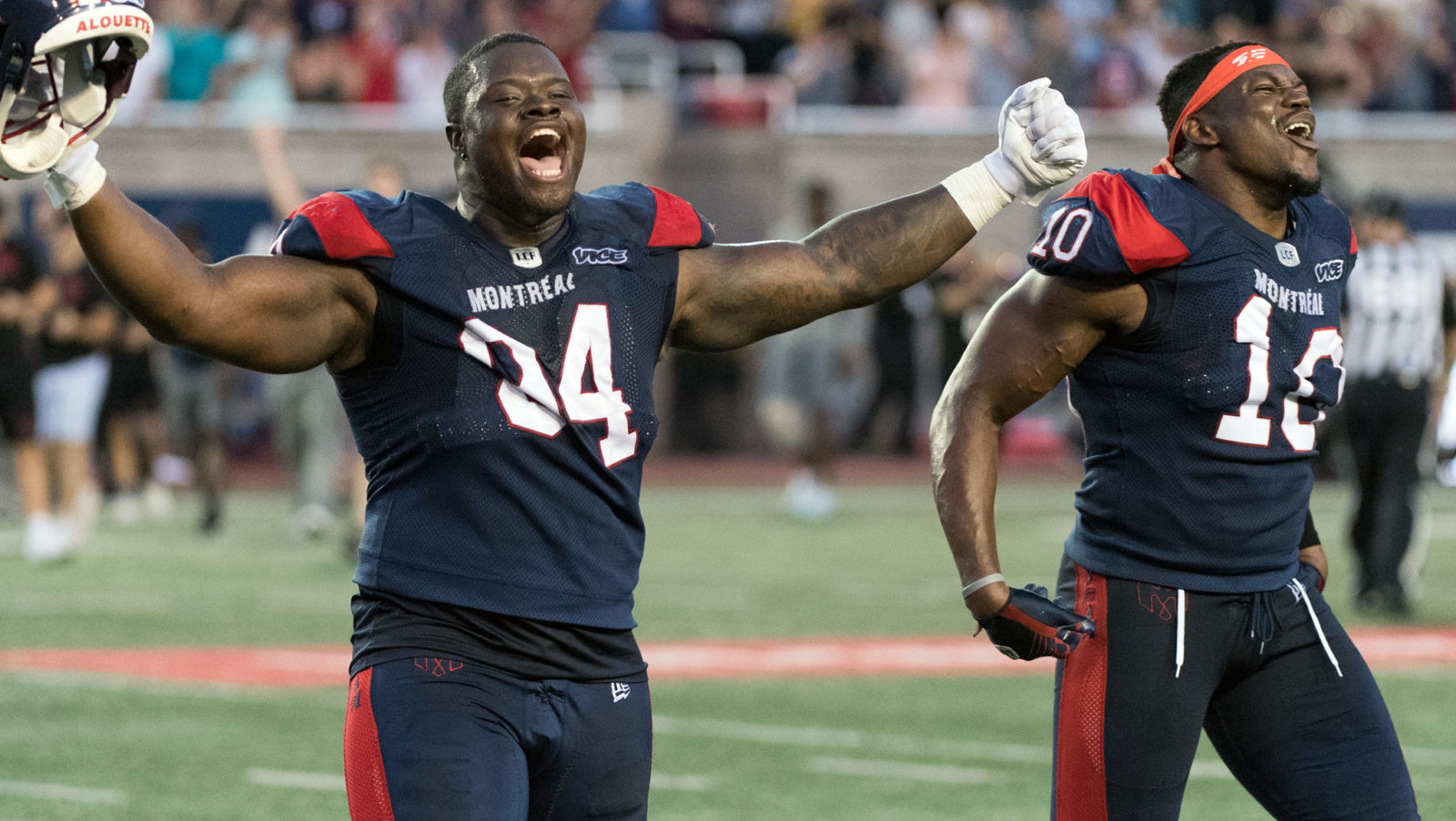 Cauz: How the Montreal Alouettes defied all odds

Yes, it stinks when someone, usually on social media, spoils a movie (the fate of Iron Man in ‘Avengers Endgame’) or a TV show (just about every death in ‘Game of Thrones’), but I have to say, re-watching the Montreal Alouettes’ improbable comeback against the Winnipeg Blue Bombers was fascinating. Even though I knew the result, I would pause the television and wonder just how the hell Vernon Adams Jr. and the Alouettes were going to do this. No way can they win after the end of the third quarter. It’s like wondering how Andy Dufresne will survive Shawshank prison even though this is your 157th viewing of ‘The Shawshank Redemption’.

Montreal trails by 20 and the return of Andrew Harris has sparked the Bombers’ run game as they have a 147-yard advantage on the ground going into the final quarter. This game is as good as over. Oh sure, they get an early touchdown in the fourth, but here comes Justin Medlock to ice the game with a 53-yarder with 8:35 to go and Winnipeg up 13. A Medlock field goal and suddenly it’s a three score game with 8:35 left … oh, he hits the goalpost!! Momentum is on the Alouettes’ side. This would of course be the luck Montreal would need to complete their greatest comeback in franchise history and send everyone at Percival Molson Memorial into a joyous fit.

You would have been right to think that, especially with Adams pushing the ball down field with long completions to DeVier Posey and Eugene Lewis. But then Adams is filled with that dangerous combination of greed/cockiness as he goes for the touchdown and there is Jeff Hecht stepping in front of Adams’ intended target to make the easy interception. Hecht was reading Adams from the moment the ball was snapped and suddenly all that momentum is back with the Bombers, who have the ball near midfield and a 13-point lead with under six minutes to go. At this point I actually had to go CFL.ca just to make sure the Alouettes won this game.

We all know what would happen next. The Alouettes strung together two incredible touchdown drives in the span of under four minutes, winning 38-37. Vernon Adams Jr.‘s stock got a significant bump and suddenly Jake Wieneke has become a household name. Going over this entertaining game I was left with two takeaways. First, this game was won because of what Montreal’s offence did (and what Winnipeg failed to do!) on long-yard situations, and second, the Alouettes were lucky to make history on Saturday afternoon.

Let the record state that all teams benefit from luck and you’re gonna need a whole bunch of good fortune to come back from that kind of deficit. Now, before all Alouettes fans get angry at me, just hold on for a moment. I have a Mandarin all-you-can-eat-buffet amount of praise coming, so just bear with me. Medlock has proven himself as one of the best kickers in the history of this game. He makes that long field goal, Winnipeg most likely wins. Speaking of turnovers, with 3:21 to go, Bombers linebacker Kyrie Wilson drops what could have been Adams’ second pick of the game. Wilson had more than enough room to take that interception for a touchdown. Wilson holds on to the ball and Winnipeg wins. Speaking of holding on, how the hell did Jake Wieneke hold on to that Hecht deflected pass on second and long with under a minute left? That crazy catch set up a much more manageable third down situation for the Alouettes, which Adams converted on a 12-yard run. I think if we put our biases to the side for a moment we can agree that lady luck favoured the home team in the fourth quarter. If just one of these plays had gone the other way, the narrative this week would be very different.

However, in the end, Montreal deserved to win this game and Winnipeg deserved to lose. There are few things in football I find more impressive than an offence being able to convert second and long situations. The degree of difficulty for all involved is far higher than a manageable second and five, and it requires the passer to be patient, make his reads and most importantly be accurate. On Montreal’s first touchdown drive to start the comeback, Adams converted three second-and-10s, and then on the third-and-one he had earned complete trust from his coaching staff to roll out and hit Chris Matthews for the 10-yard touchdown. The safe move would have been a straight plunge but Adams has grown to the point where conservatism isn’t needed. Adams, with a big assist from Wieneke, would convert two more long yardage downs on Montreal’s second touchdown drive and finally the winning score would, you guessed it, come on a second-and-10 with Wieneke being on the receiving end. That fourth quarter was all about a young quarterback maturing into a star as Montreal continues to develop a passing attack that can win games in any situation.

On the other side is Winnipeg. Go back to late in the third quarter and you will find Chris Streveler consistently throwing short to his receivers on second and long without any success. The Bombers went so conservative in the final 18 minutes or so, with safe passes or designed quarterback runs on long-yard situations that had little chance of succeeding. When they gain good yardage on first down, Winnipeg is as dangerous as any CFL team. But a hold or a sack allowed on first down and suddenly their offence is predictable and often neutered. This of course happens to so many teams but the elite ones find a way to attack the opposing defences and make up the lost ground. This critique of the Bombers offence may seem odd when you consider the talent they possess, and statistically they are second in offensive points and scored and lead the CFL in offensive touchdowns. But at least on this day it was Montreal and their young quarterback who rose up at the toughest moments to lead his team to a near impossible victory.