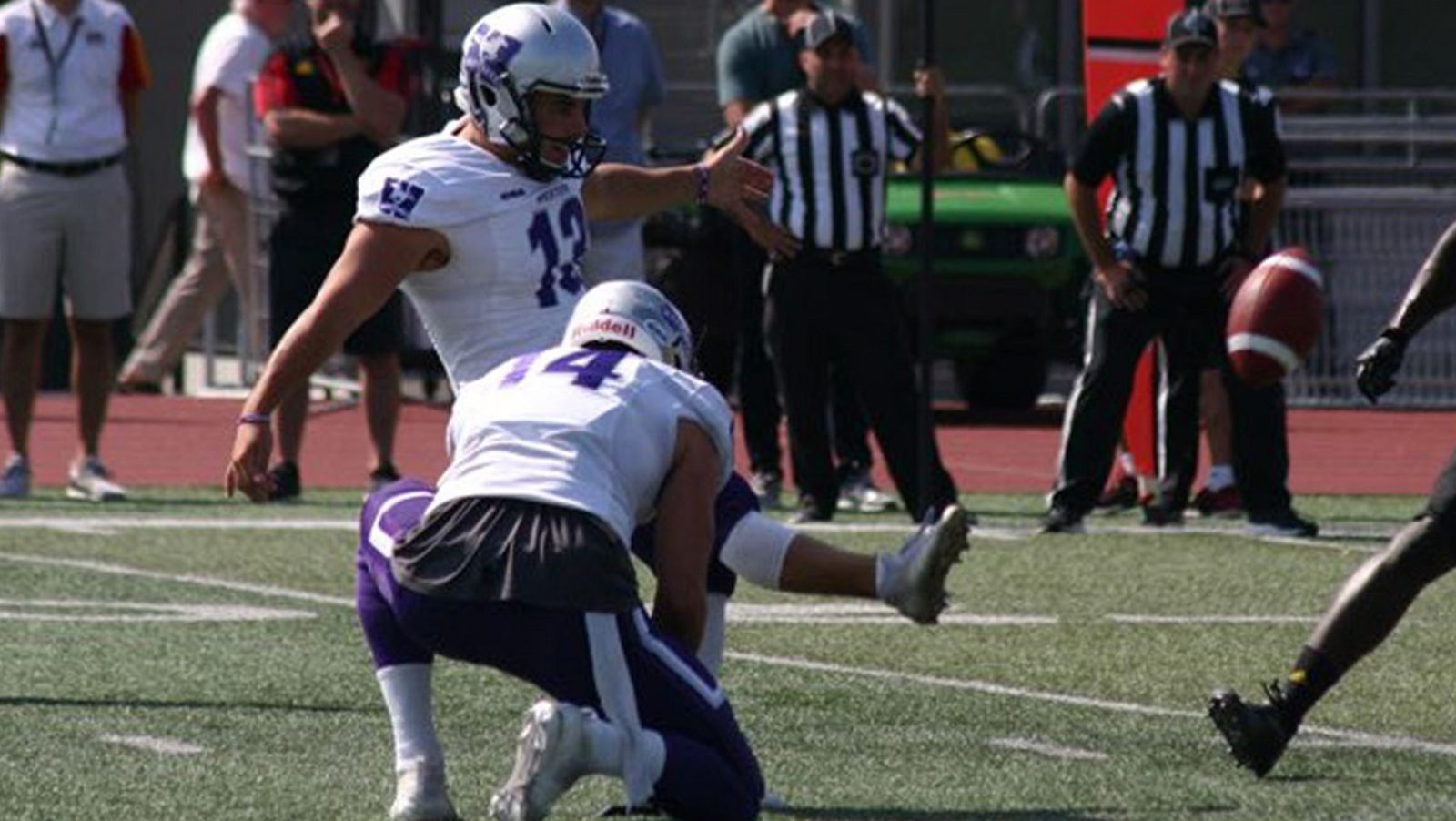 The Western Mustangs top the U SPORTS football national rankings for the second straight week after surviving their stiffest test so far this season.

The Mustangs (5-0) received nine out of a possible 15 first-place votes from the Football Reporters of Canada panel, good for 438 total points when combined with statistical calculation by the ELO Rating System.

For the second consecutive Tuesday, the Montreal Carabins (4-0) were the only other team to earn first-place nods. The RSEQ conference leaders remain comfortably at No. 2 with 425 points.

It marks Alberta’s first top 10 appearance since September of 2010, when the Golden Bears occupied the seventh spot in back-to-back polls (Sept. 14 & 21).

Top-ranked Western extended a pair of impressive OUA winning streaks Saturday at Guelph, but the No. 6 Gryphons made the reigning two-time conference champions work for it.

Thanks to their stellar defence and a trio of Marc Liegghio field goals, the Mustangs prevailed 9-3 to remain undefeated in 25 straight overall against OUA opponents dating back to the 2016 Yates Cup final and 27 straight in regular-season action dating back to Week 2 of the same campaign.

Elsewhere this past weekend, while Montreal enjoyed a well-deserved break in its RSEQ schedule, the Canada West and AUS leaders, Calgary and Acadia, also kept their unblemished records intact at the midway point of the regular season.

The Dinos jumped to a 17-0 halftime lead against Regina and then held on for a 20-7 home win. The Axemen were seriously tested by visiting Mount Allison before prevailing 22-15 thanks to a 46-yard touchdown run by Cole Estabrooks with 5:53 left in the fourth quarter.

Meanwhile, in Quebec City, reigning national champion Laval rebounded nicely from its first loss since the 2017 Vanier Cup final (23-18 at Montreal in Week 4) with a 37-17 home victory against McGill. Down 14-2 late in the first quarter, the Rouge et Or scored 20 unanswered points in the second half for their 29th straight victory over their provincial rivals.

The Week 6 schedule is highlighted by a pair of top 10 confrontations, at Saskatoon and Guelph.