Counting down the best comebacks of the past five years 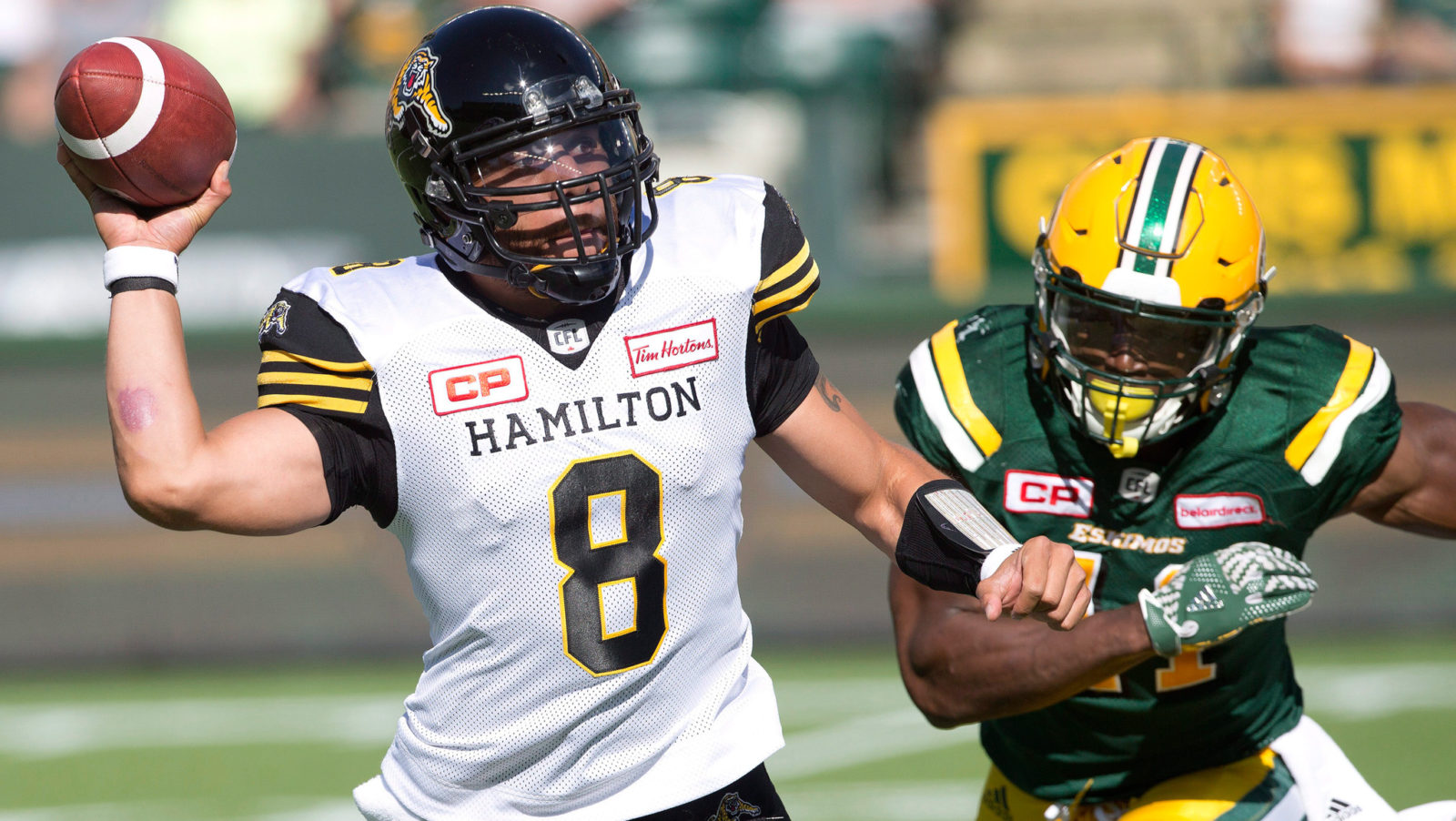 Counting down the best comebacks of the past five years

TORONTO — The Montreal Alouettes comeback victory over the Winnipeg Blue Bombers last week was one for the ages.

The Als scored 21 unanswered points in the fourth quarter of the contest, and Vernon Adams Jr. engineered a 94-yard game-winning drive in the final minute that was capped off by a 15-yard touchdown pass to Jake Wieneke.

The 38-37 victory was the biggest come-from-behind win in franchise history.

From this season’s epic comeback in Calgary when Nick Arbuckle led his Stampeders to a win after replacing an injured Bo Levi Mitchell to the Hamilton Tiger-Cats roaring back from a 25-point deficit against the Edmonton Eskimos in 2016, CFL.ca takes a look at the top five comebacks over the last five years: