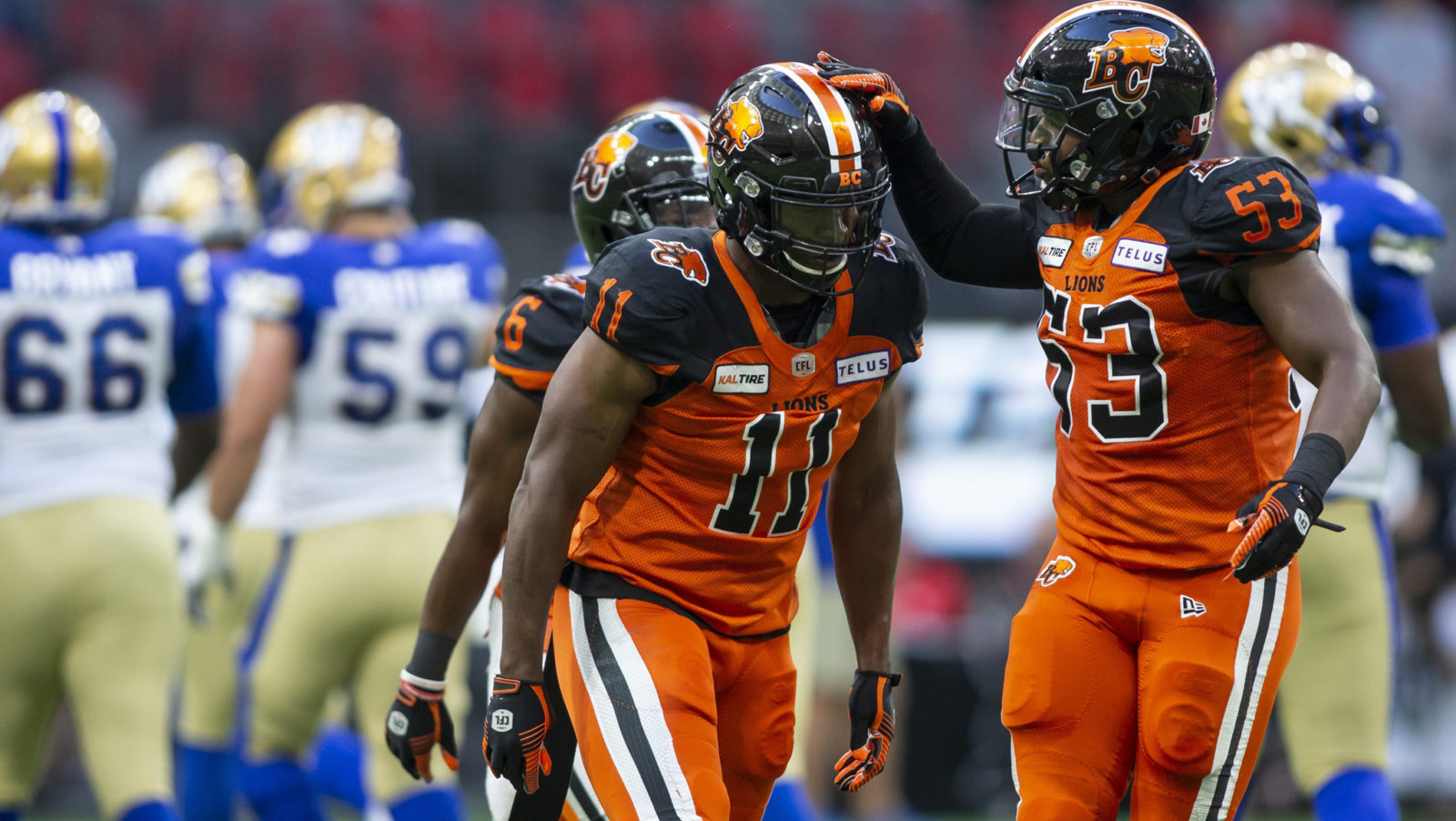 Ask any teenager living away from home for the first time. Too much freedom can sometimes be a difficult thing.

It’s taken the BC Lions defence about two-thirds of the season to learn and adapt to the freedom players are given under the system introduced by first-year head coach DeVone Claybrooks and defensive coordinator Rich Stubler.

“It’s just like life,” explained middle linebacker Maleki Harris. “A lot of people feel like that about the internet, too much freedom.

“With freedom comes a responsibility. You have to take the responsibility on yourself to talk to your teammates, get everybody on the same page.”

RELATED
» Weekly Predictor: Three in a row for BC?
» CFL Simulation: Bombers-Ticats a matchup of sign of things to come?
» Strength of Schedule:  Ticats have short path to East crown

The Lions employ an unorthodox defensive scheme. Without going into too much detail, Claybrooks said the system allows players to make decisions on coverage. They can even decide who covers which receiver, depending on their strengths and weaknesses.

“A lot of basic rule breakers that you have been taught and ingrained in your head,” said Claybrooks. “It’s a relearning, a retraining.”

It’s quite a departure from the conditioning many players have received in high school and college.

“The stereotype of a defensive player (is) they are not that smart, but they are more athletic,” said Harris. “Just put lines on the paper. See ball, hit ball.

“In this defence you have to think. You have to communicate with the guy next to you. It’s not necessarily lines on a paper. It’s concepts and figuring what the offence is trying to do you, then figure out what you need to do.”

Cornerback Garry Peters said the Lions’ scheme not only tests a player’s athletic ability but his ability to think and react.

“Coach doesn’t want you to be robots out there,” he said.

There were some growing pains as players adapted.

“We had to tweak some pieces,” said Harris, who leads BC with 54 tackles. “Honestly we’re just finally getting comfortable with each other.”

Peters said it takes plenty of study in the film room and working together on the field for the players to become comfortable with the scheme.

“Although they gave us the keys there are a lot of different nuances in the defence,” he said. “Stubs doesn’t even have a playbook, so you have to really put in the time to learn our defence and learn where everybody fits, and everybody plays.

“We all know where each other fits. It’s making us play that much more confidence.”

In their first nine games, the Lions allowed 30 or more points eight times.  Compare that to the last four matches, where the most points BC allowed was 21 and kept the opposition to under 15 three times. In their back-to-back wins over Ottawa, the Lions didn’t give up a touchdown.

The Lions have also kept the opposition under 240 passing yards in four straight games.

“Those guys are playing together, flying around and understanding the system now, what they can and can’t do, chances they can and can’t take,” said Claybrooks. “They are buying in and playing as one unit. That’s why you’re seeing the difference.” 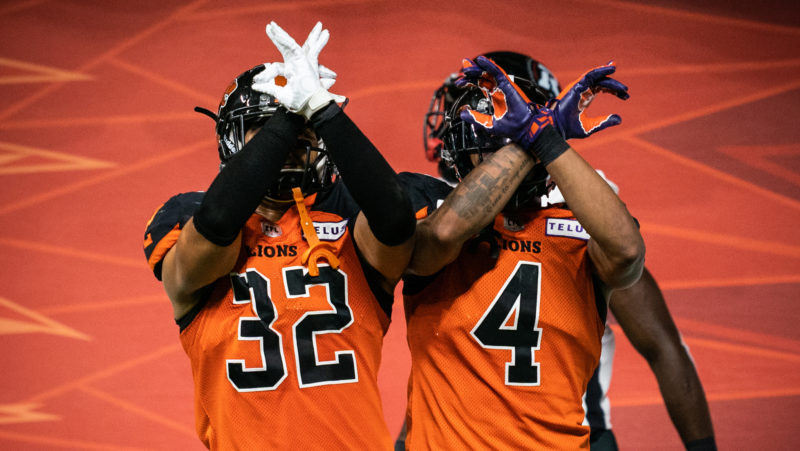 Claybrooks is happy with the progress but knows there is still plenty of room for improvement. The BC defence is still ranked seventh in the league for allowing an average 27.2 points a game and 38 touchdowns.

“We’re definitely not even close to where we should be,” said Claybrooks. “We’re playing better but we’re not close to the standard we are trying to set here.

“I’m pleasantly happy but not pleased.”

Harris, a six-foot-two, 242-pound native of Tuscumbia, Ala., joined the Lions this season as a free agent after playing four years with the Calgary Stampeders.

He started the season playing the same outside linebacker position as former Lion Adam Bighill, a two-time league most outstanding defensive player, then moved into the middle where Solomon Elimimian was a four-time CFL All-Star.

Big shoes don’t intimidate Harris. When he started with the Stampeders, he played behind Deron Mayo and Juwan Simpson.

“He’s versatile enough to play both linebacker spots,” he said. “He can even get us out of the game at defensive end.

“He understands the system inside out. He’s almost like an extension of the coaching staff.”

Peters is second on the Lions with 52 tackles. He also leads the team with four interceptions but has just one return yard.

“My boys get on me about that all the time,” said the six-foot-one, 190-pounder who won back-to-back ACC championships at Clemson. “I’m just blessed to be able to catch it. I try to secure it as much as I can.

“I have some good return skills. I just haven’t been able to show it yet.”

The next test for the defence comes Saturday when the Lions host the Montreal Alouettes on Saturday.

“They have a good running game and athletic receivers that can make things happen,” said Harris. “They are playing togethering. That chemistry is what you want. That’s the type of chemistry you need to make a championship run.”

The playoffs may be a long shot but Peters said the rebuilding Lions remain committed.