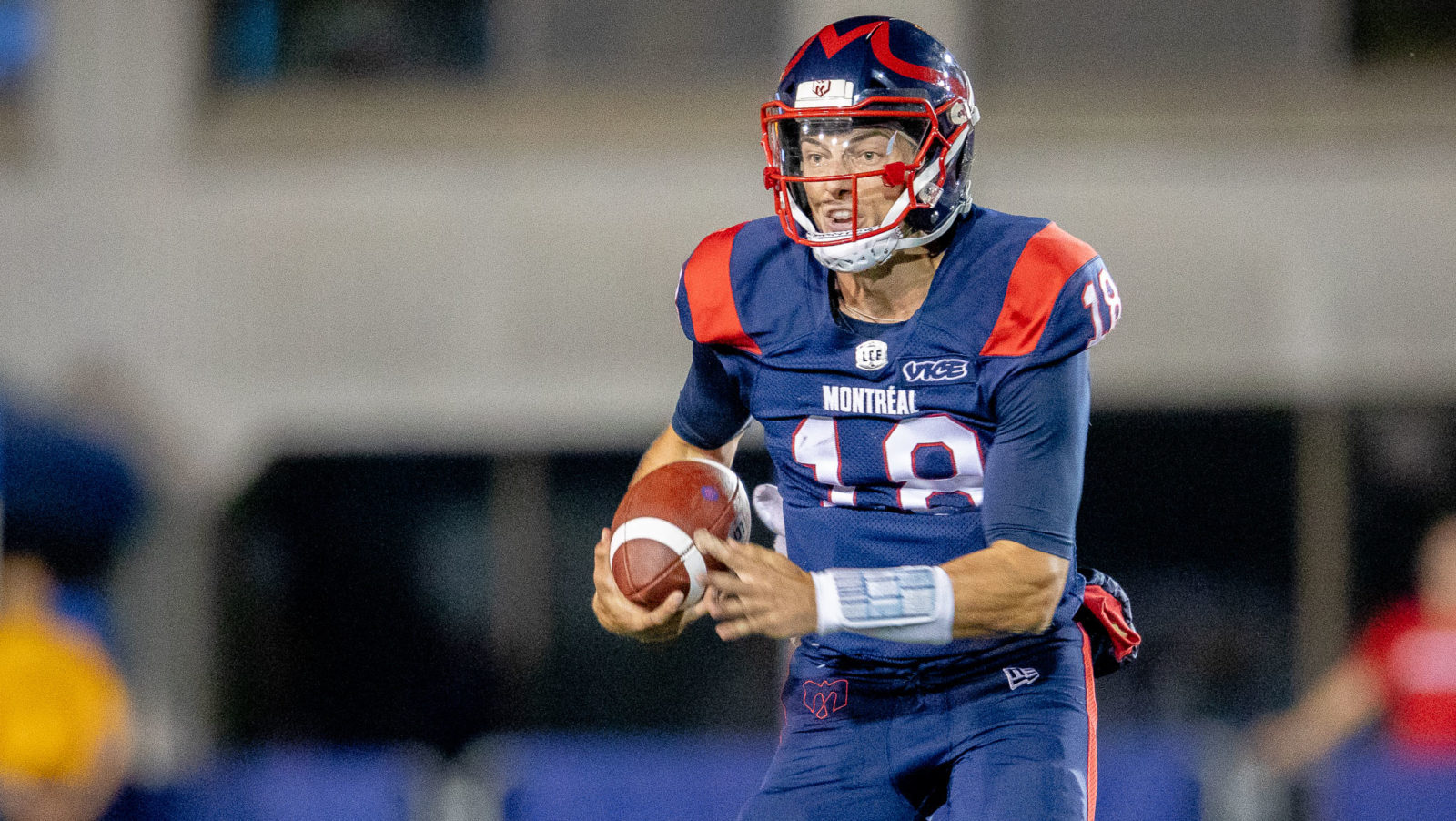 Matthew Shiltz is about to embark on one of the most herculean tasks that exists in the CFL.

It’s not that he’s starting on Saturday, coming in for the suspended Vernon Adams Jr. Shiltz has been a part of the Montreal Alouettes’ organization the last three years and while he’s young, at 26, he’s not going into this game completely wide-eyed and wet behind the ears.

Shiltz has played sparingly this year, but started in the Alouettes’ 2017 regular-season finale (a 33-0 loss). At six-foot-two and 206 pounds, he’s made 65 of 107 passes for 686 yards with two touchdowns to seven interceptions.

The real challenge is the same one that would have awaited Adams, had he not swung a helmet at Adam Bighill in last week’s game. There’s something about the Alouettes and the city of Vancouver that don’t mix.

RELATED:
» MOP Watch: Adams Jr. enters the conversation
» Cauz: How the Montreal Alouettes defied all odds
» Als’ Matthew Shiltz to start at QB vs. BC 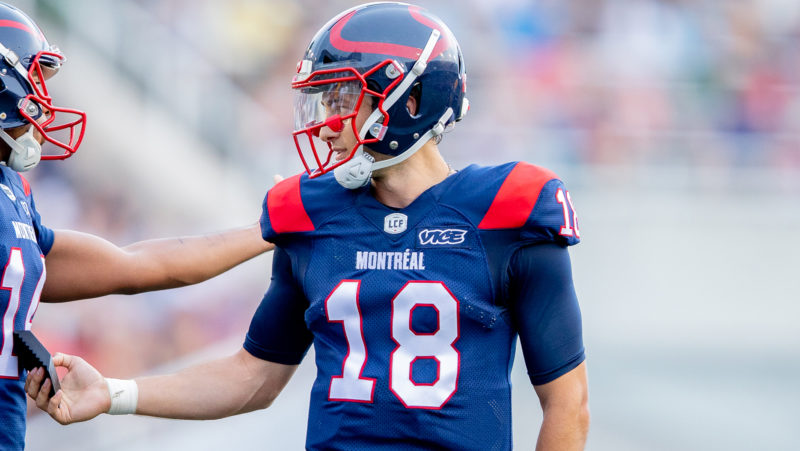 Matthew Shiltz will try and do what very few Alouettes QBs have done, get a win in Vancouver (MontrealAlouettes.com)

Since the Alouettes rejoined the CFL in 1996, wins at BC Place (or at the temporary confines of Empire Stadium) have been very hard to come by. ‘Very’ isn’t the right word. Two words are more appropriate here: Almost impossible.

That’s actually an improvement over the previous decade. Montreal defeated BC 35-25 on Aug. 31, 2000. That was all they’d get in the aughts.

The ’90s were a simpler and kinder time, allowing Montreal three wins out of four visits after the franchise moved from Baltimore and took on the Alouettes name.

The team has changed over entirely over the last 19 years, going from a near Grey Cup dynasty to a rebuild mode and now a team that’s emerging out of years in the CFL cellar. Regardless over the talent, or lack thereof on the roster over the years, the results in BC haven’t changed much.

There are at least a couple of factors at play here.

It could be as simple as the home field advantage that BC offers its opponents. Vancouver is a big, pretty city with its share of temptations that can keep you out at night and take your mind off of the game.

There’s also the travel factor. The Als will cover three time zones when they make the trip on Friday. They’ll kickoff at 7 p.m. PT Saturday, which will feel like a 10 p.m. ET start. It’s not quite the same as international travel, but the three-hour difference can be disruptive to creatures of habit.

To add a layer of complexity to this game, the Als are inching closer to their first playoff berth in five years. An Als win or tie in BC, coupled with Toronto and Ottawa losses would punch their post-season ticket.

So, among other things on Saturday, we’ll see how Shiltz is learning to deal with pressure as that X hovers around his team’s name in the standings.

After taking the first-team reps in practice on Tuesday in Montreal, Shiltz was talking about simplifying the game for himself.

“Just go in and do what’s asked of me on the play. Whether that’s going in and handing the ball off 40 times a game or having 50 pass attempts, I go out there and read the defence and get the ball to the open guy,” he said to reporters.

“If you think about it that way, it’s a pretty simple game. You go out there and do everything you can to move the ball down the field and hopefully come out on top.”

Like Adams has, Shiltz is using his time as the team’s backup to learn the finer points of the Canadian game. If any young quarterback looks around the league, he’ll quickly see that it’s one that rewards patience. Most starters — before teams were hit with injuries at the position this season — wait until they’re around 30 until they start to solidify their careers in the CFL.

“It’s a different game. It’s still football but at the same time there are a lot of nuances that are different up here,” Shiltz said.

“I do think it takes quarterbacks a little extra time to get settled in. It’s part of the process. You keep learning, growing, developing and fine-tuning small parts of your game.

“You just want to make a play or you’re used to being the best person at your college, maybe even your conference. Now you’re playing with players that are top tier in the world, so you just keep on growing and competing and showing up and doing the right things. Hopefully it all works out in the end.”

While Adams has established himself as the Als’ starting QB, these games always provide an opportunity. Scouts and GMs are always looking at backups in these situations and are always thinking about the future.

“It’s what you compete for, it’s what you work for, to get a starting spot for at least a week and go in there and show the coaching staff that I deserve to be here and I can play well,” Shiltz said.

“I’m looking forward to the opportunity.”

If he can steer Montreal to a win in Vancouver, he’ll turn some heads.