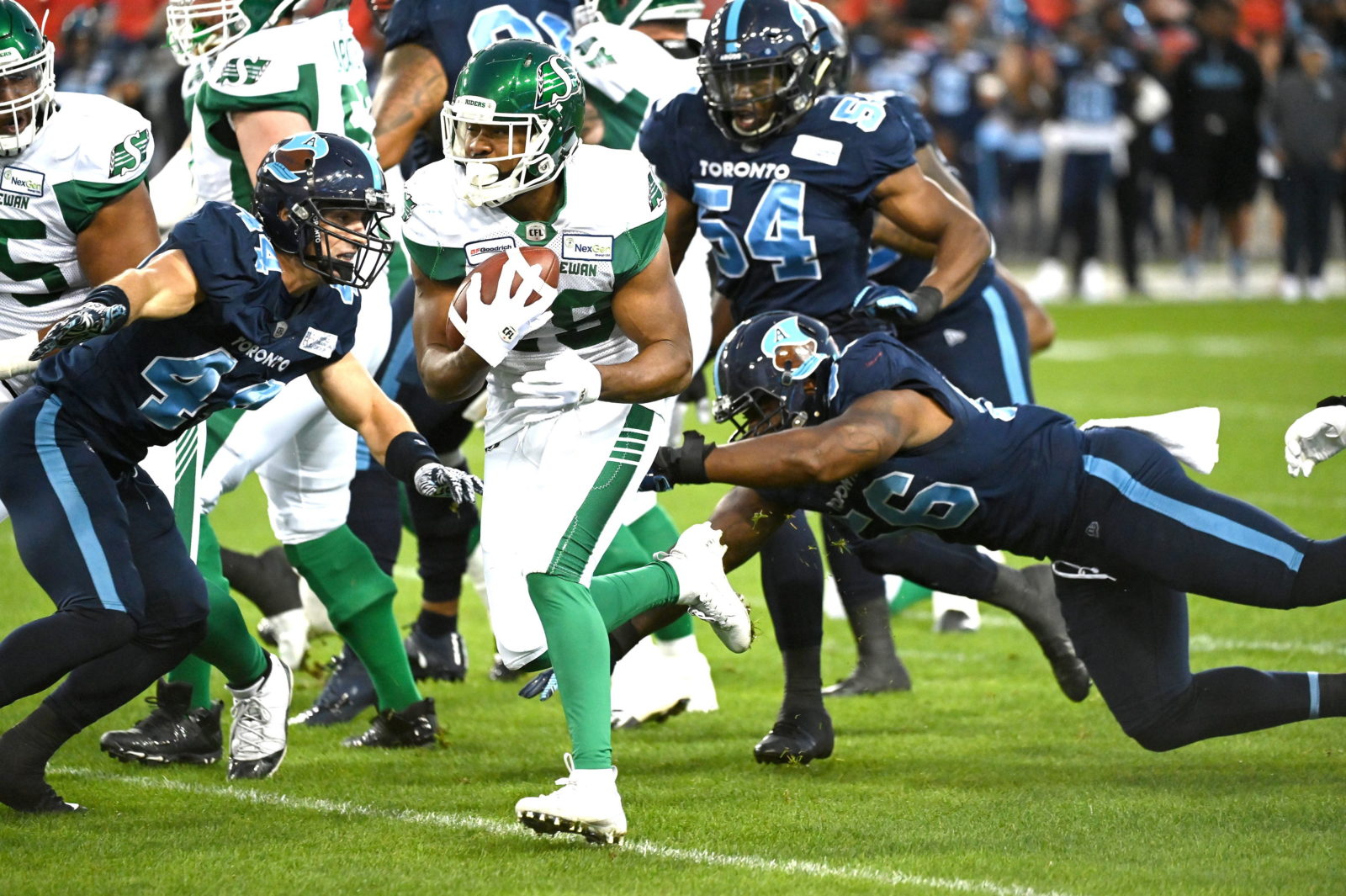 TORONTO — The Saskatchewan Roughriders are the latest team to see an “X” beside their name in the standings.

With their 41-16 win over the Toronto Argonauts on Friday night, the Riders punched their ticket to the post-season.

Later on Friday night, the Montreal Alouettes have a chance to clinch a spot, since the Argos and REDBLACKS lost earlier to start the triple header. That means, if Montreal wins in BC, they’re in.

Edmonton Win AND a BC Loss = BC eliminated from post-season contention.

If the playoffs started today (Sept. 28):