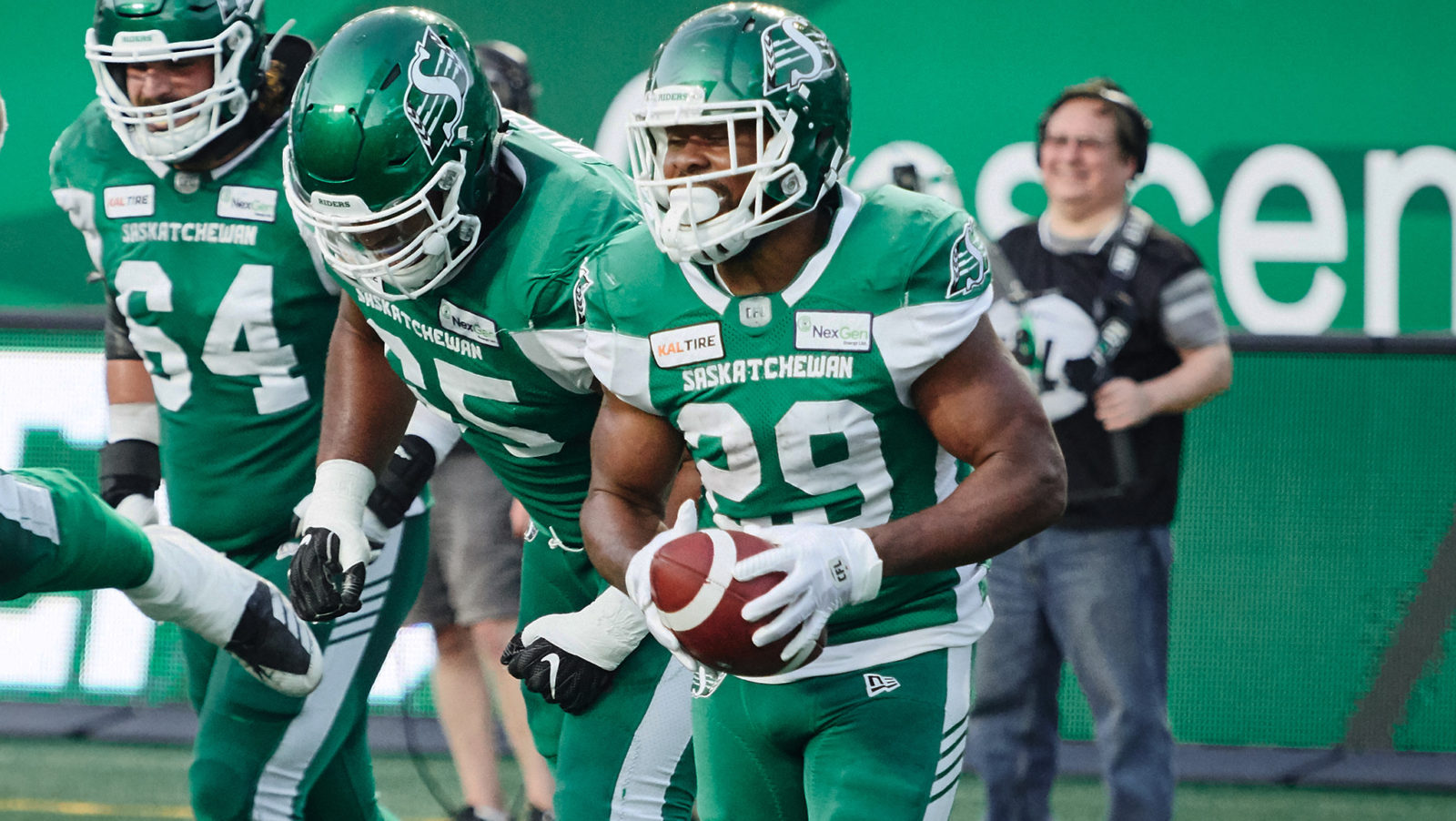 TORONTO — Of the high-priced options at running back this week, William Powell is in line for a big outing against one of the CFL’s struggling run defences.

The Riders’ running back paces one of the country’s top rushing attacks, while the opponent is an Argo defence that’s allowed 120 rushing yards per game (second worst in the CFL) and a league-worst 5.6 yards per attempt.

With Saskatchewan favoured to beat a 2-10 Argonauts team, Powell should see plenty of touches, especially near the goal line.

“A running back that talented, up against the worst run defence in the league, is a no brainer,” said Hannah Nordman. “He doesn’t break the bank. William Powell is my lock of the week.”

“I think Dane Evans is a really nice play in Week 16,” said Steinberg. “He’s got a tough matchup against Winnipeg, this is a marquee matchup of division leaders, but I think this is a game where we see yards in the air and Dane Evans is starting to come into his own.”

“I’m going with the best receiver in the CFL as my lock of the week,” said Krever. “I think that’s Derel Walker. He’s back with his guy James Franklin and he’s going to put up numbers. Last three games, 35 targets, hasn’t gone below 10 targets in a game over the last few weeks.”

Has Chris Streveler become the No. 1 Fantasy QB? Plus, how will James Franklin perform in his return? Pat Steinberg, Jeff Krever and Hannah Nordman debate in this week’s podcast.

Every week the podcast trio also submits money picks — $3,500 or less — to help you break the cap. This week’s top value choices are Marcus Tucker, Christion Jones and Tevaun Smith.

Jones serves as the primary returner for the Eskimos and provides cap relief at running back with a $3,305 salary.

“Christion Jones has been good,” said Krever. “Ten-plus points last week in a return role, had a couple of catches. He’s playing the REDBLACKS, he’s going to get a lot of returns on punts. With a value like that at running back that’s unrivaled, he’s my money pick.”

Steinberg, meanwhile, is enticed by the volume Hamilton’s passing attack offers, with Marcus Tucker coming off a strong performance catching passes from Evans.

“I think there’s the potential for this to be a pass-heavy game for Hamilton and Winnipeg,” he said. “He’s not going to be a primary target, but I think Marcus Tucker can get a couple of touches. He went over 50 yards last week and picked up his second career touchdown. At less than $3,000 you can get some good value there.”

Rounding out this week’s money picks is Eskimos receiver Tevaun Smith, who’s made an impact in his first season in the CFL.

“I like the whole ‘pick on Ottawa’ angle,” said Nordman. “He’s in my flex. I’m going to take a flyer on him. Tevaun Smith.”