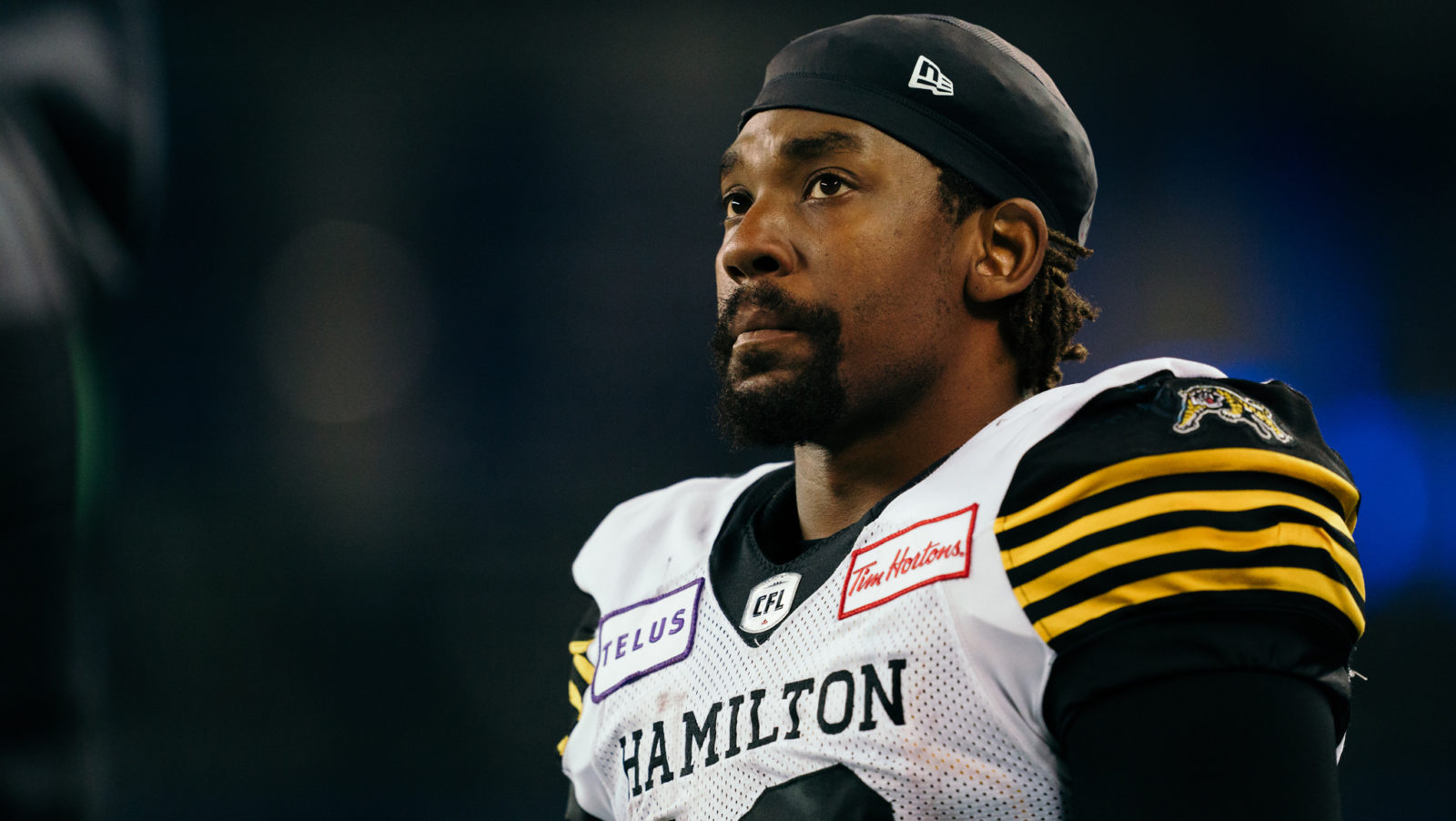 The quarterback picture got a little clearer over the weekend for a pair of West Division playoff teams. Matt Nichols has undergone season-ending shoulder surgery, which means Chris Streveler is the guy for the rest of 2019 in Winnipeg. A couple provinces over, Edmonton knows they’ll be relying Logan Kilgore for the foreseeable future, and potentially the rest of the way, with Trevor Harris moved to the six-game injured list.

Yep, this season has been one of transition at the game’s most important position. Dane Evans has really settled into his starting job in Hamilton after Jeremiah Masoli went down earlier in 2019. Saskatchewan and Montreal, on the other hand, both saw their season opening starters get hurt in Week 1 and the replacements have yet to relinquish their newfound spots.

If you count it up, that means four of six likely playoff teams enter the post-season with different quarterbacks than they started the season with. Depending on Harris’s situation with the Eskimos, we could be talking five! Calgary’s Bo Levi Mitchell is the only playoff-bound starter who also started the season in that spot, and he also missed almost two months with an injury of his own.

Fans of the Riders, Ticats, and Alouettes are feeling pretty good about their situations. Cody Fajardo has transformed Sask’s offence and has put himself into the Most Outstanding Player conversation with his breakthrough season. What at first seemed like a feel good story has turned into an exiting quarterback of the future. After all, Fajardo is now 9-3 as a starter.

The conversation is much the same with Vernon Adams Jr. in Montreal. He’ll return to action in Week 17 against Calgary after sitting out his team’s 25-23 loss to BC while serving a one-game suspension. We talked about Adams last week and nothing has changed. This is perhaps the most exciting player in the CFL and has given Als fans hope at quarterback for the first time since some guy named Anthony retired six years ago.

Evans likely had the biggest fulltime shoes to fill when Masoli in Week 7, but it hasn’t looked like too daunting a task over the last month or so. With another 359 passing yards in Friday’s 33-13 win over Wininpeg, Evans has gone over 300 in four straight weeks and five of his last six outings. Much like his team, Evans looks like he’s hitting his stride at the most important time of year.

That brings us back to Streveler and Kilgore. The former might be the most fascinating player in the league, and that is not an exaggeration. I really don’t know what to think about Winnipeg’s prospects with him starting for the rest of the year, mainly because his skillset is so unique. Calling Streveler a hybrid is a massive understatement and offensive coordinator Paul LaPolice’s job is to maximize his gifts at the most important time of year.

Kilgore is hard to get a definitive read on, too. The tools are there: he’s elusive in the pocket, throws the ball hard, and isn’t afraid to push it down field. But Kilgore also has a tendency to hold onto the ball too long and tries to force passes into bad spots, which his 5-14 touchdown to interception ratio speaks to. If Kilgore is indeed the guy for the rest of 2019, head coach Jason Maas’s challenge will be to refine what is still a very raw game.

In a lot of ways, 2019 has been a really important year for the CFL in growing new stars at the most marketable position. Adams, Fajardo, and Evans have the potential to be long-term stars in this league, while we’re still learning about Streveler and Kilgore. The coming post-season will tell us even more about this new quarterback generation’s future.

Don’t forget about us!

It was cool to see a trio of veterans pop off the page in Week 16, led by Emmanuel Arceneaux in Saskatchewan’s 41-16 win over Toronto. Arceneaux had his biggest game since joining the Riders in the off-season, which included his first touchdown catch of the season on a 55-yard hookup in the fourth quarter.

Prior to Saturday, Arceneaux hadn’t caught a touchdown in more than a year; his last major reception came in July 2018 while still a member of the Lions. A few weeks later, Arceneaux tore his ACL and wasn’t good to return until almost midway through this season. It may have come in an already established blowout, but his return to the end zone must have felt like a huge weigh lifted. 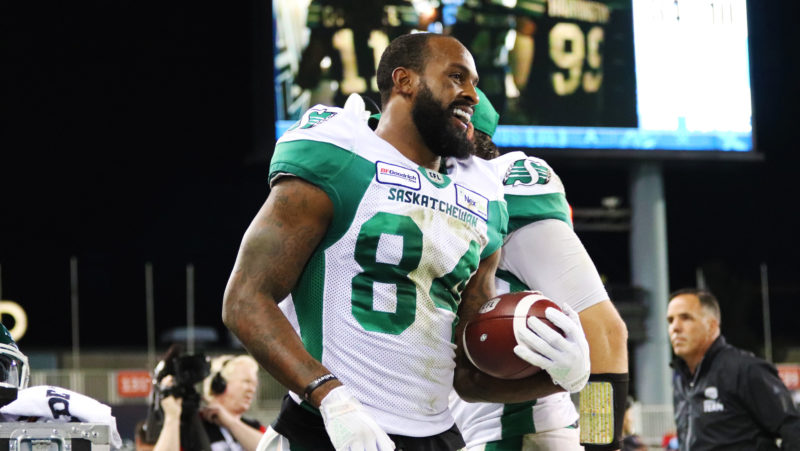 Tyrell Sutton is likely feeling much the same way. After signing as a free agent early in September, Sutton finally saw his first game action of 2019 in Hamilton’s 33-13 win over Winnipeg on Friday night. The veteran running back finished with 58 offensive yards and a touchdown in the win; it was Sutton’s first trip to the house since October 2018.

And let’s not forget: Saturday wasn’t just Sutton’s first game with the Tiger-Cats, it was also his first game of the season period. Sutton started the season in Toronto but was released in July, which means he went more than ten months without game reps. A return like Friday’s is pretty impressive considering, and now Sutton has found a home on the CFL’s top team.

Finally, Edmonton’s CJ Gable still felt it pertinent to remind CFL fans he’s still a regular impact maker. In a big 21-16 win over Ottawa, Gable ran for 90 yards and finished with 101 total offensive yards to keep the Eskimos within striking distance of top three spot in the West Division.

It was Gable’s best performance on the ground since busting off 116 against the REDBLACKS in Week 9, but his total offensive contribution was actually on par with the rest of his season. Gable has averaged 101 offensive yards per game, which is exactly where he finished on Saturday. With uncertainty surrounding the aforementioned Logan Kilgore, though, Edmonton might be relying on their tried and true tailback even more down the stretch.

Week 17 isn’t shy on great matchups to sink our teeth into! The highlight is probably the Bombers and Riders in Saskatchewan on Saturday night, but don’t sleep on Calgary and Montreal earlier in the day. With Vernon Adams Jr. returning for the Aloeuttes and the Stamps coming off a bye, that game has sneaky potential for game of the week.