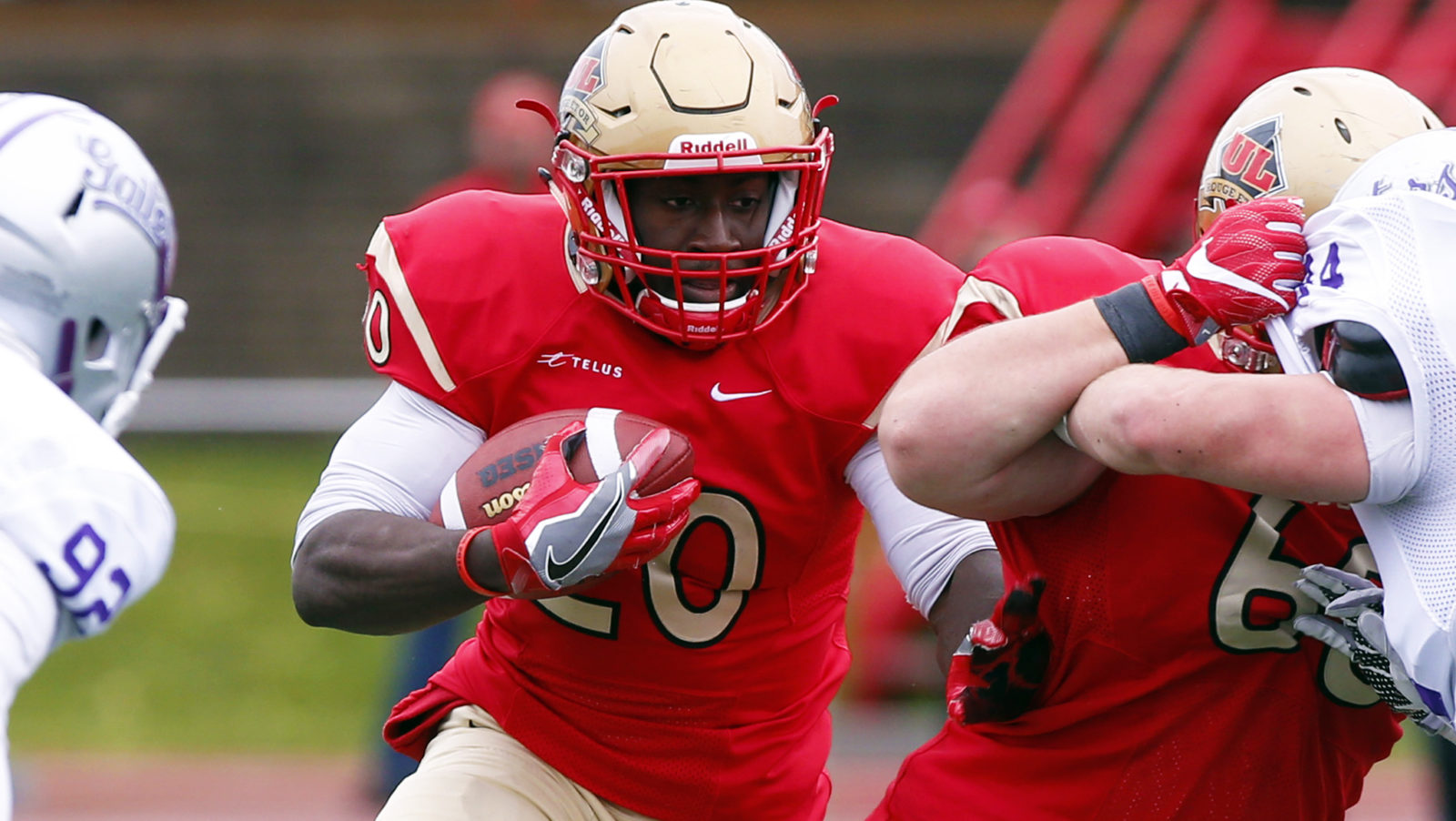 MONTREAL — The Montreal Alouettes added running back Christopher Amoah to the team’s roster on Tuesday.

Amoah was a standout with Laval University. During his five years with the Rouge et Or, the 24-year-old accumulated 1,977 rushing yards and 10 touchdowns on 279 carries. The Montreal native has won the Vanier Cup twice in 2016 and 2018.

The running back participated in the 2018 Edmonton Eskimos’ training camp.

The club also released American receiver Jamill Smith from the practice roster in a corresponding move.

Montreal will welcome the Calgary Stampeders to Percival Molson Memorial Stadium on Saturday. Kick-off is slated for 4:00 p.m. ET.