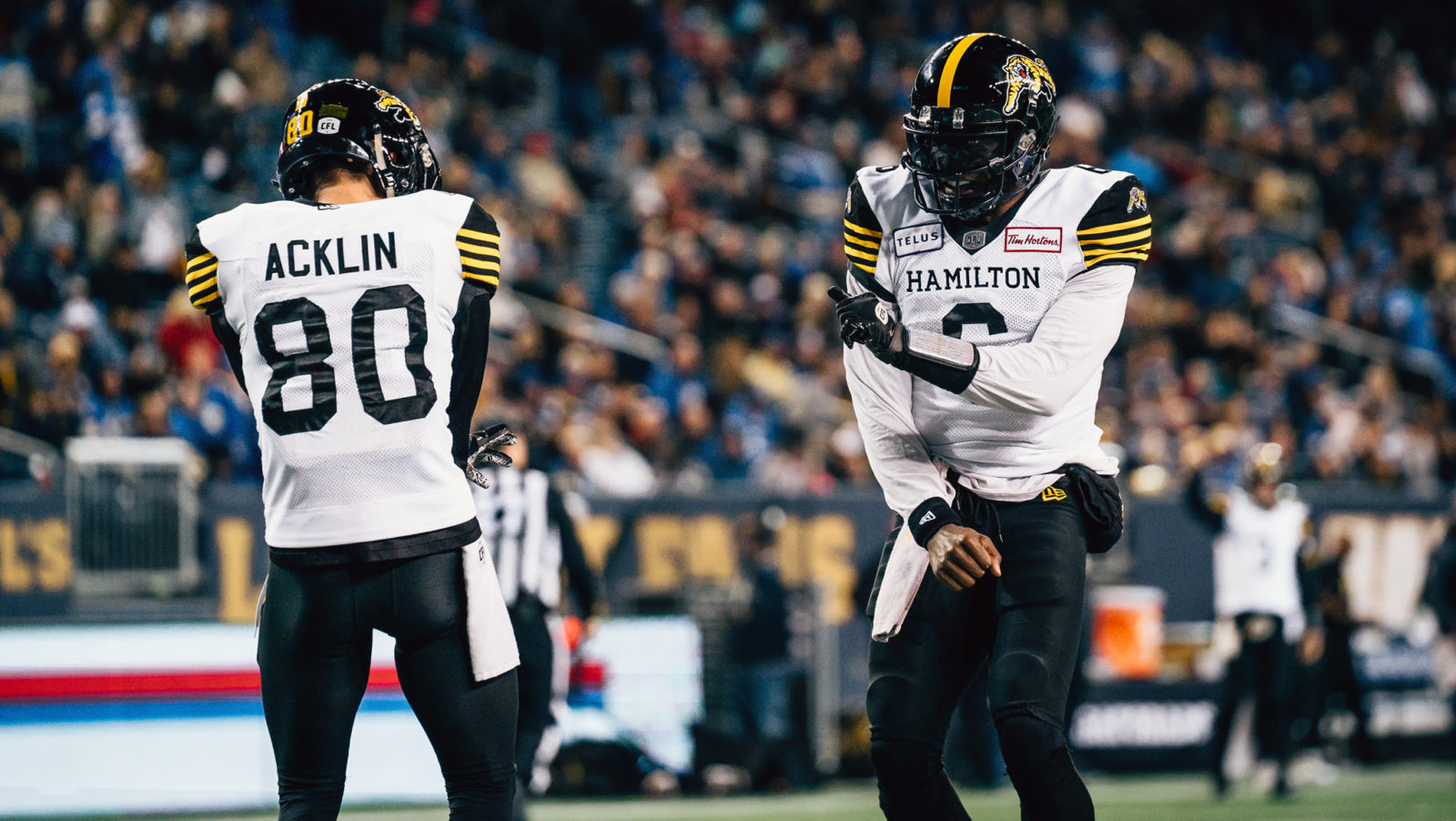 TORONTO — Playing in one of the league’s most hostile environments, the Hamilton Tiger-Cats silenced everyone in Week 16. Yes, everyone, including their detractors.

Despite owning the CFL’s best record throughout much of the 2019 season, the Ticats failed to reach the top spot in the Nissan Titan Power Rankings. That changes now.

The Black and Gold made a statement in Winnipeg, earning a 20-point victory over the Bombers at Investors Group Field. While Dane Evans threw for nearly 300 yards in the first half alone, Simoni Lawrence broke the single-game tackles record in a near-perfect win for the Ticats.

In the West, the Saskatchewan Roughriders have forced a three-way tie for first place. Meanwhile, the BC Lions are clawing back after extending their winning streak to three games.

The Ticats are 6-2 since Jeremiah Masoli‘s season-ending injury, including two of the last three games out West. Dane Evans has played a large part in that success, averaging 11.2 yards per attempt or better in three of his last four games. The road to the Grey Cup goes through Hamilton.

A dominant performance by the Ticats bumps Calgary down a spot despite coming off a bye week. The Stamps have won four straight games, but Bo Levi Mitchell has yet to hit full stride, averaging just 7.7 yards per attempt with five touchdowns and five interceptions since returning from injury.

Jason Shivers’ defence has been an underrated factor in the Riders’ recent success. Led by Charleston Hughes, that unit sacked the Argos six times, forced four turnovers and held them to just 259 yards of offence in a 41-16 victory. This is a well-balanced team that can win in multiple ways.

News of Matt Nichols‘ season-ending injury was a pretty devastating blow for a Bombers team with significant Grey Cup aspirations. That said, the Bombers’ defence has to provide more support for Chris Streveler, especially after allowing Dane Evans to throw for 300-plus yards in one half of work.

A late-game fumble cost the Alouettes in BC, but they still put on an impressive showing even with Vernon Adams Jr. sidelined, rushing for 248 yards as a team. There’s plenty of room to grow, but Khari Jones leads one of the CFL’s most exciting offences that will be a handful for anyone come November.

It may not have been pretty, but Logan Kilgore made some clutch completions to pull the Eskimos out of a four-game tailspin. The Lions have closed the gap, but the Esks still aren’t really in danger of missing the playoffs. With that, there’s no real urgency to rush Trevor Harris back into the lineup.

A three-game winning streak — including a thrilling finish vs. Montreal — has kept the Lions’ playoff hopes alive. Equally promising has been the play of Mike Reilly, who was clinical against the Alouettes, completing 30 of 34 passes (88%). The Lions have been sacked just five times in their last four games.

The offence just couldn’t stay on the field vs. Saskatchewan, taking six sacks while generating just 259 yards of offence. On the bright side, Bear Woods has helped shore up the run defence, while the addition of Jonathon Mincy at corner could boost a struggling secondary the rest of the season.

Dominique Davis sparked some life in the REDBLACKS’ offence, scoring a late game-tying touchdown including a two-point convert vs. the Eskimos. It’s been a frustrating season in the nation’s capital, but a competitive battle against Edmonton was a step in the right direction.