The Weekly Say: Who is the greatest RB of this era? 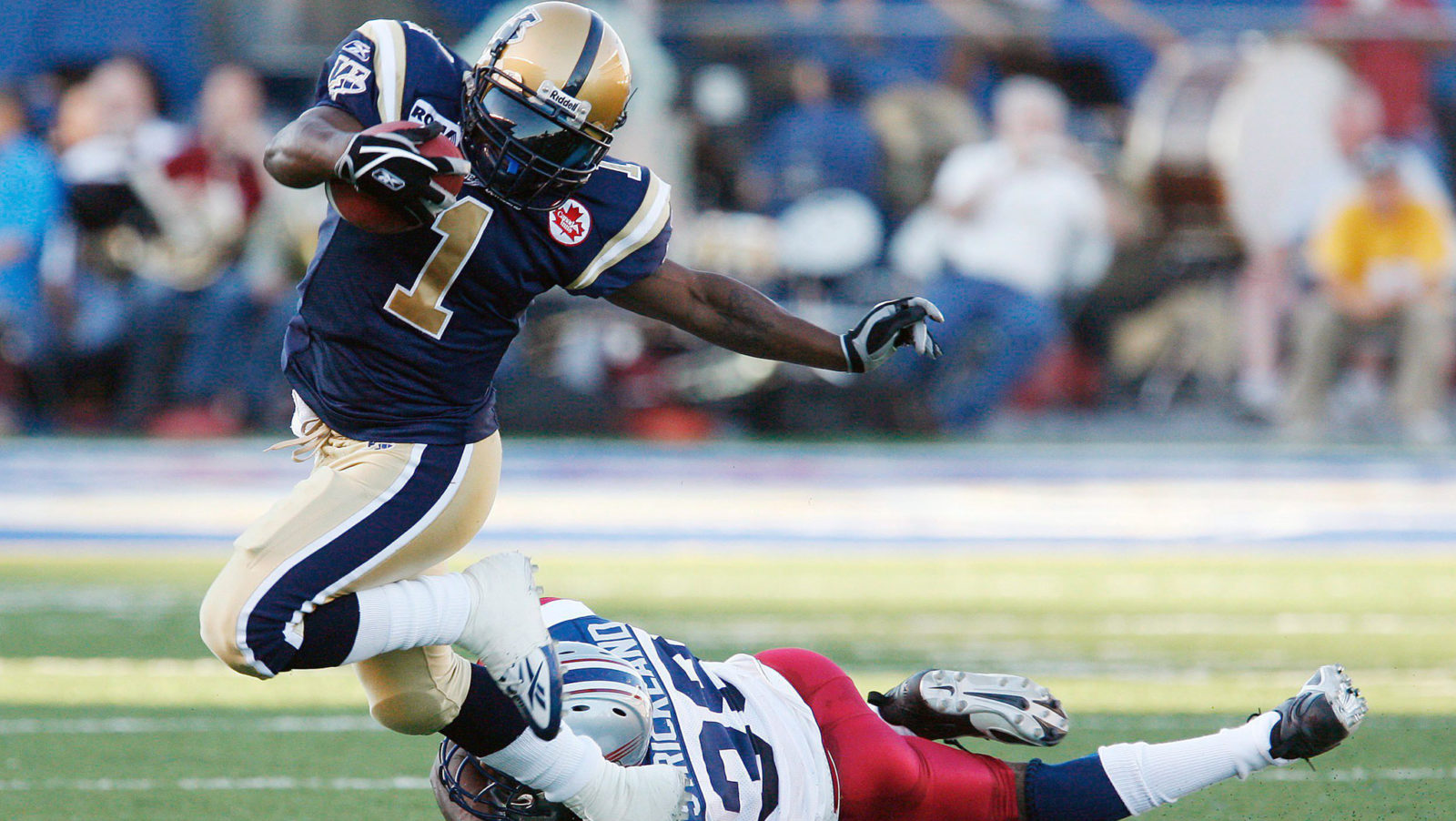 The Weekly Say: Who is the greatest RB of this era?

TORONTO — In honour of George Reed’s 80th birthday, the CFL.ca writers were asked to name the greatest running back of the current era, post Mike Pringle.

Throughout a playing career that spanned 13 seasons, all with the Saskatchewan Roughriders, Reed was a CFL All-Star nine times. He was named the league’s Most Outstanding Player in 1965 and won a Grey Cup in 1966, earning Most Valuable Player honours while helping the Riders end a 53-year drought.

While Reed and Pringle are considered two of the CFL’s greatest running backs ever, there have been plenty of good running backs since. Charles Roberts, Joffrey Reynolds, Andrew Harris and Jon Cornish have all won multiple rushing titles, while Jerome Messam, Troy Davis and Brandon Whitaker have also challenged for top back status at various times.

As we look back on the career of one of the greats, the writers debate: Who is the greatest running back of the current era? More in the Weekly Say.

In honour of George Reed’s 80th birthday, who is the greatest RB of the modern era (post-Pringle)? 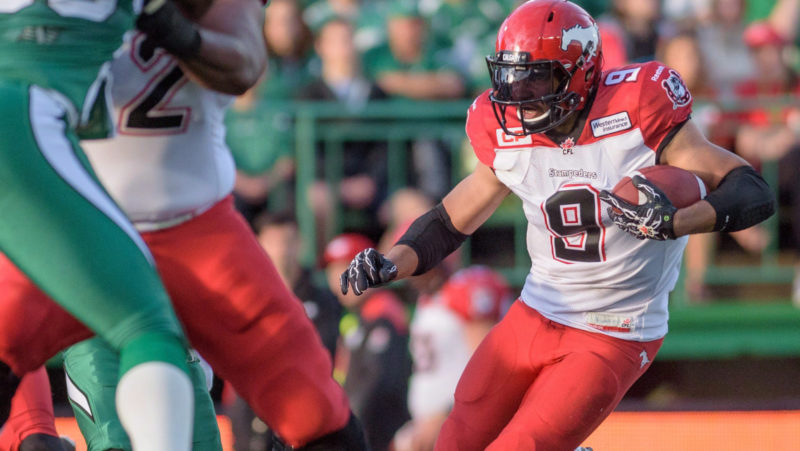 Jim Morris: I think it’s a toss up between Jon Cornish and Andrew Harris. I would probably give it to Harris because he’s a better receiver.

Jamie Nye: I would say the top three are Andrew Harris, Jon Cornish and Joffrey Reynolds. It’s harder and harder to compare eras as the pass catching running back takes it to a whole new level. Reynolds has six 1,000 yard rushing season, Cornish has three (would have been more if not for injuries) and Andrew Harris has now gotten to five with more to come. Final call … Harris. His total yards from scrimmage are incredible.

Chris O’Leary: Jon Cornish. In 2012 and 2013, he was unstoppable and maybe endearing him to Calgary fans, he seemed to revel in shredding Edmonton every time he saw them.

Don Landry: Charles Roberts. “Blink” was shifty and fast and he rolled up the yardage over eight seasons, mostly with Winnipeg. He had six seasons of over 1,000 yards and over 10,000 yards for his career. Yes, he overlapped with Mike Pringle for a few seasons, but he had 1,522 yards the same year Pringle played his last game, and then followed up with seasons of 1,624, 1,609 and 1,379 yards, post-Pringle. 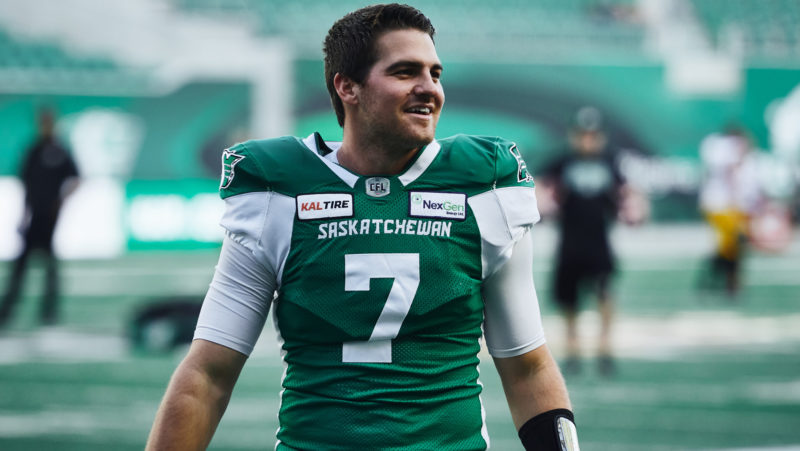 Cody Fajardo has been a force both on the ground and through the air for the Riders (Arthur Ward/CFL.ca)

Landry: It’s Cody Fajardo. Three seasons of plunging for first downs in Toronto and BC, and now into the conversation for MOP. Honourable mention to Hamilton safety Tunde Adeleke, who showed good growth while in Calgary, but who’s morphed into one of the best safeties in the league in 2019.

O’Leary: Cody Fajardo. I say this based off of the limited looks we had at him before this season, when he showed mobility and not much else. He seems to be getting more comfortable and confident in the pocket every week and it shows in the Riders’ record.

Nye: Roughriders linebacker Cameron Judge! He has become a rotational player for much of last year to a playmaker and one of the best linebackers in the CFL. The third year Rider made progress from year one to two and even more so into year three. Second overall pick from 2017 draft has looked every bit of a top selection.

Morris: I would vote for Lions receiver Lemar Durant. He’s on track for 1,000 yards on a BC team that struggled early in the season.

Ferguson: Hamilton REC Bralon Addison has exploded – as predicted by anyone around the team – but I vote Edmonton’s Natey Adjei, who has taken on a heightened level of importance in the Eskimos pass attack.

Was Khari Jones’ failed third down gamble the right decision? 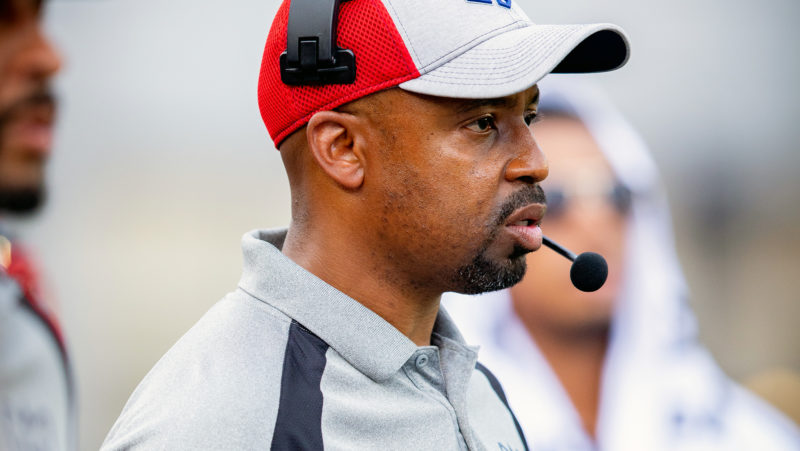 The Alouettes were denied on third down, costing them a possible win vs. the Lions (Dominick Gravel/Montreal Alouettes)

O’Leary: Right decision, poor execution. If Antonio Pipkin holds on to that ball, that game could have been over the second he crossed the goal line. Khari Jones said he’d call the play again. I wonder who he’d have taking the ball the next time he does it.

Cauz: Yes. How comfortable would Alouettes fans have felt with a one point lead, over a minute left to play and Mike Reilly with the ball? I’m always for the aggressive calls near the goal line.

Ferguson: Absolutely. Montreal is in little danger of changing playoff positioning, why not take a risk and learn something about your team?

Nye: If you say no it’s because it didn’t work. I liked the decision. All they needed was to get a yard for a first down and then have three more shots at the end zone. A field goal gives the Lions a lot of time to get into field goal position AND a single ties the game. A touchdown makes the Lions need to respond with a TD. What I didn’t like was putting Pipkin in as Shiltz was running so well against the Lions’ defence. But the overall decision was sound for a number of reasons

Morris: Yes, it was. If they had kicked a field goal, the Lions had all kind of time to move the ball for a game-winning field goal. You could argue that maybe Stanback should have been given the ball instead of a QB sneak, but nine times out of 10 that play works.

Landry: I think it was the right decision. The quality of a decision should be based not on its actual outcome, which isn’t known at the time, but on the probability of outcome. Before the play was run, I liked the decision. The play design (DeVone CLaybrooks said afterward that the Als were kind of predictable on what they’d do in short yardage situations) and execution were flawed, but the decision to go for it was not.