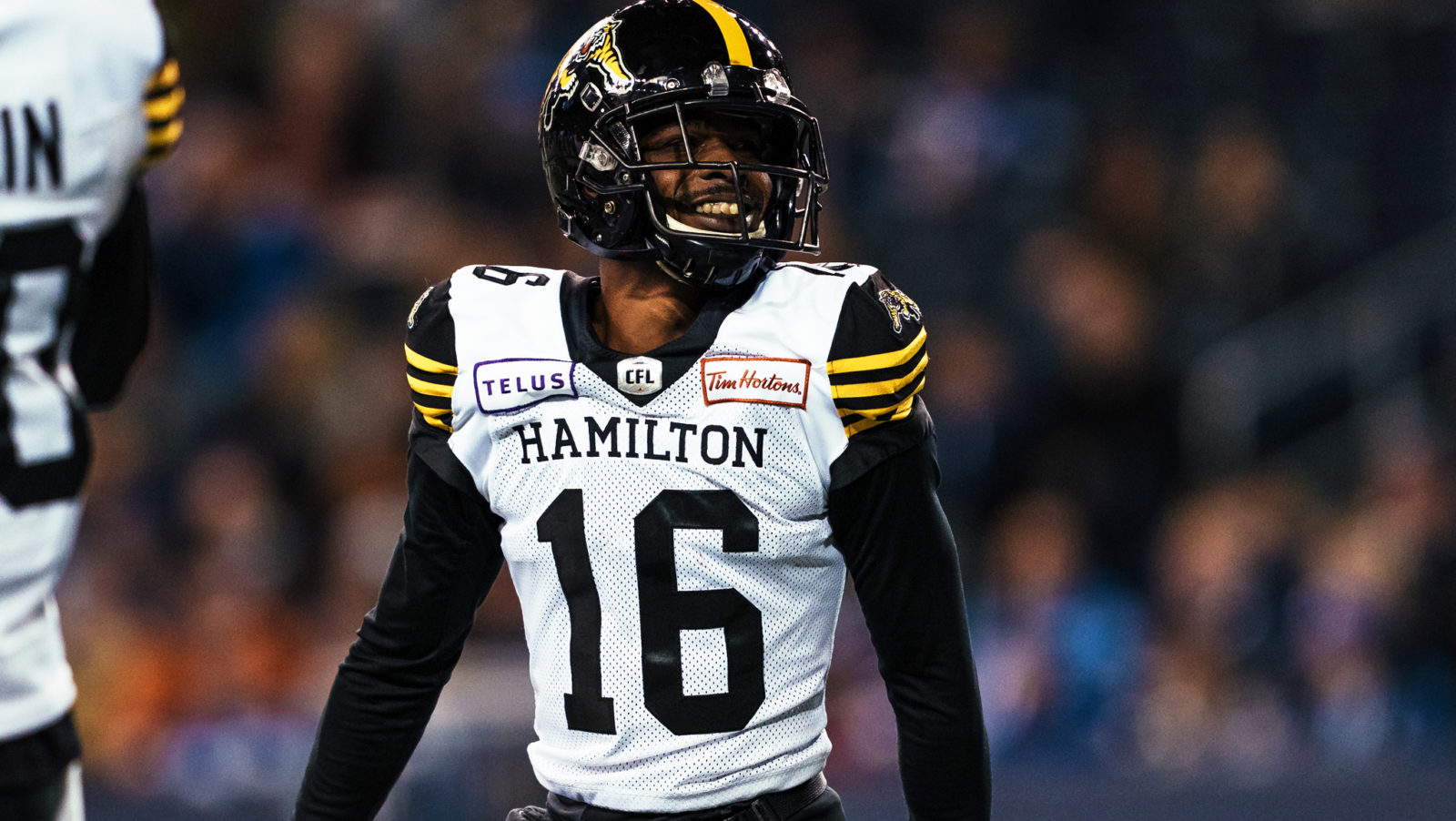 Only five weeks remain in the regular season, putting more emphasis on Week 17 of TSN CFL Fantasy Football Presented by LeoVegas. Fantasy users looking to play catch-up will have to take risks to make up ground, while those leading their respective leagues must beware of the one bad lineup that could lead to a title slipping away.

Depth at receiver is the highlight of Week 17. If there is a spot of fantasy black ice on this week’s road, it will come at running back, where there’s enough intrigue beyond Andrew Harris that can either deliver huge numbers or send a fantasy squad or two skidding uncontrollably.

Interceptions are an issue, but Mike Reilly ($9,008) has averaged 316 passing yards in his last three games and could rack up bigger totals up against an Argonauts defence that allows a league-high 325.8 passing yards per game and 25 touchdown passes. Dane Evans ($7,463) has been even more prolific, averaging 374.2 passing yards in his past four along with tossing nine majors in that span. Edmonton gives up just 213.2 passing yards per game, yet can the Eskimos contain Evans and his blistering-hot receiving corps? The Alouettes get Vernon Adams Jr. ($11,199) back into the lineup, but best believe the Stampeders have been waiting to redeem themselves from when Adams torched them for 389 passing yards and accounting for four touchdowns in a Week 10 slugfest. Did Cody Fajardo ($9,523) turn the corner with last week’s 37.1 fantasy point effort or will the Blue Bombers force him to revert to the passer who managed just one passing major and three interceptions the previous two times the teams met?

Yardage is no problem for Bo Levi Mitchell ($8,930). However, interceptions — as in five in his four starts since returning — has been. Montreal has just 11 defensive picks but did record three interceptions the last time they faced Mitchell in (wait for it…) Week 17 of last season. Chris Streveler ($8,718) had his four-game streak of at least one rushing major come to an end last week; he loses a significant piece of fantasy value when his running game is off. The Eskimos appear to be a conservative passing team with Logan Kilgore ($5,874) at the helm, devaluing Edmonton’s receiving unit. How short of a hook does James Franklin ($5,194) have before McLeod Bethel-Thompson ($9,220) becomes a factor again?

The yards aren’t quite there on the ground for Andrew Harris ($10,466) since his return. He remains atop the standings because of the 31.6 fantasy points he’s produced as a receiver. Toronto gives up 121.7 yards and 5.8 yards per carry, making John White ($7,285) a solid play in what could be a high-scoring affair on Saturday night. William Powell ($7,817) has a combined 101 yards from scrimmage in two previous games against the Bombers, yet his high volume of touches (and 11 total majors) could, perhaps, make the third time the charm. C.J. Gable ($7,715) has scored a touchdown in six games yet does just enough across the board to merit his ranking. William Stanback ($7435) missed the previous game against the Stampeders, but Calgary allows just 4.5 yards per carry and nine rushing touchdowns, which places Stanback into a high-risk play. For now, it looks like Terry Williams ($4,393) gets the lead role in Calgary. As mentioned last week, James Wilder Jr ($8,627) has become a high-priced slotback playing the role of running back.

No one knows how Hamilton will spread its carries, so it’s best to avoid that situation. BC ranks near the bottom in both kickoff and punt return defence, which opens the door for Chris Rainey ($5,676) to have a big outing against his former teammates. Ante Milanovic-Litre ($2,500) is one play away from becoming an intriguing Flex option.

The Stamps should have Reggie Begelton ($10,654) back in the lineup. Begelton had a season-best 49.3 Fantasy points against the Alouettes in Week 10, catching four touchdown passes in the overtime loss. Brandon Banks ($11,971) is averaging 21.97 FP in his last four games, with touchdown catches in each of his last three. Bralon Addison ($9,906) bids for a ninth straight game of at least 11 Fantasy points via receiving. He’ll add bonus points as part of Hamilton’s backfield timeshare. The best receiver over the past four games? Try Bryan Burnham ($9535) and his 23.65 FP per game. Derel Walker ($8,241) and S.J. Green ($6,761) will have to adjust to having James Franklin at pivot after thriving much of the time with McLeod Bethel-Thompson at the helm. If Begelton does happen to miss Saturday afternoon’s affair against the Alouettes, Eric Rogers ($8095) is pushed into top-5 status.

Edmonton’s trio of DaVaris Daniels ($8,064), Greg Ellingson ($7,933) and Ricky Collins ($5,318) will need Logan Kilgore to become more aggressive downfield. That’s a challenge considering the Ticats lead the league in opponents’ pass efficiency at 79.8. Eugene Lewis ($8,369) has three 100-yard games and four touchdown receptions since Week 10. He’d be the Montreal receiver to grab unless Fantasy users are willing to bank that Quan Bray ($4,476) can make an impact on special teams. Shaquelle Evans ($6,325) and Kyran Moore ($6,116) will hope that last week was a revival of Saskatchewan’s passing attack instead of a blip on the radar.

Those looking on the back end of the position should keep Winnipeg’s Kenny Lawler ($3,484) in mind. Lawler had 10 receptions last week and showed good rapport with Chris Streveler. With Markeith Ambles done for the season, either Colton Hunchak ($2,500) and Josh Huff ($2,500) are in a position to be value plays in Calgary’s passing attack.

Calgary’s ($5,177) ballhawks will look to add to its league-best 20 interceptions. They’re still a solid play despite recording just one defensive major since Week 7. Winnipeg ($6,300) tops the league with 38 forced turnovers along with 40 quarterback sacks. The Roughriders ($5,631) rely on their 42 sacks to offset their paltry total of 11 interceptions. Hamilton ($4,637) has only one defensive major this season yet remains third in forced turnovers with