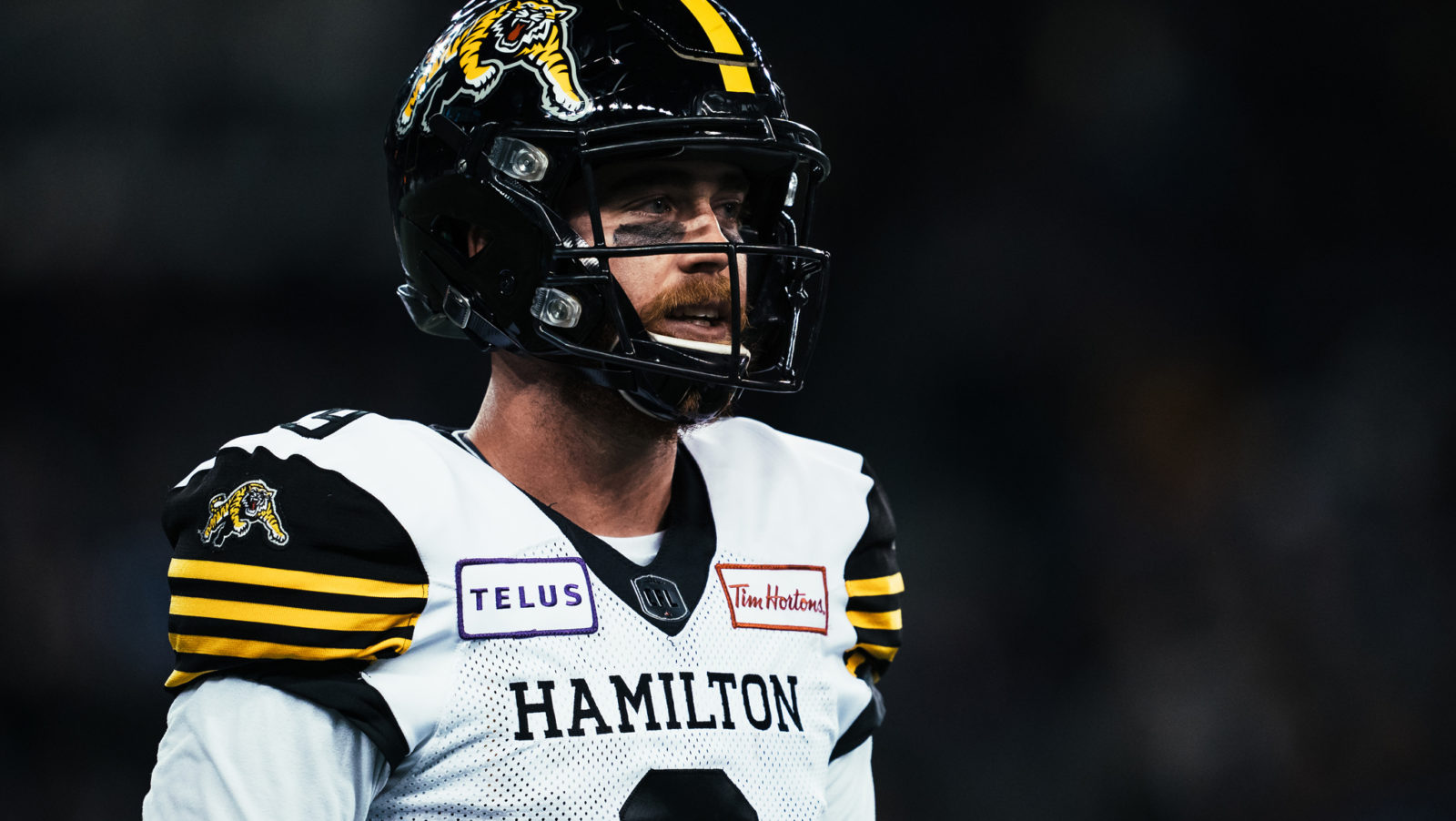 TORONTO — Dane Evans has opened more than a few eyes in his first real stint as a starting CFL quarterback.

His team leads the CFL with an 11-3 record, as the Ticats have accomplished what many thought was impossible after Jeremiah Masoli‘s injury back in Week 7. Evans’ emergence was the hot topic on the CFL Fantasy Podcast presented by LeoVegas.

“Dane Evans went into arguably the toughest place to play and carved up one of the best defences in the CFL,” said Jeff Krever. “Forget ‘backup’, Dane Evans could be a starter on half the teams in the CFL right now. We are talking about a star in the making.

“I said the Hamilton Tiger-Cats wouldn’t be the same without Jeremiah Masoli. I was wrong. They have been just as good with Dane Evans at quarterback, especially the last four weeks. He has been terrific.”

Evans has been the league’s hottest pivot over the last month, completing 79 per cent of his passes for 374 yards per game, 10.5 yards per attempt, nine touchdowns and five interceptions through the previous four contests.

With a manageable Fantasy salary of $7,464, it’s fair to say he is no longer the league’s best kept secret.

“I have Dane Evans slotted in because he’s not even $7,500 and he’s putting up numbers,” said Hannah Nordman. “He pulled out a convincing win in a place the Bombers haven’t lost all year. Hamilton’s not just atop the standings, they’ve got a large gap there. He looks good, I have no problem playing him against any team right now.”

Hear the discussion in its entirety below, as Pat, Jeff and Hannah dive into the week’s biggest topics in Fantasy:

Evans’ breakout started on Labour Day, when he completed 19 straight passes to erase a double-digit deficit in a win over the Argos. Since then he’s faced three high-ranked defences with no sign of slowing down.

“What really sticks out to me is what he’s done the last three weeks,” said Steinberg, “against a very good Stampeders defence that has rounded into elite form, the next week against the No. 1 passing defence in the CFL in Edmonton, and Winnipeg’s pass defence is not as vaunted, but still, to roll up 359 yards and three majors on the Bombers is quite the accomplishment.

“He looks like he is in must-start territory and I don’t know how you can’t be looking at Dane Evans every single week.”

Finally, volume also comes into play for the Ticats’ passing offence. Since becoming a starter, Evans has averaged 34 attempts per game. The Ticats are fourth in the CFL with 482 attempts.

“We’re not talking about training wheels, 15 or 16 attempts per game, babysitting him,” said Krever. “They’re saying ‘here Dane Evans, here’s the football, go out and win the game for us’. To me, that’s a really big aspect when it comes to Fantasy.”

Evans has been a revelation for the Ticats, and he’ll appear on many Fantasy rosters in Week 17 when the Ticats take on the Eskimos for the second time in three weeks.