Ferguson: Who is the CFL’s best wide side passer? 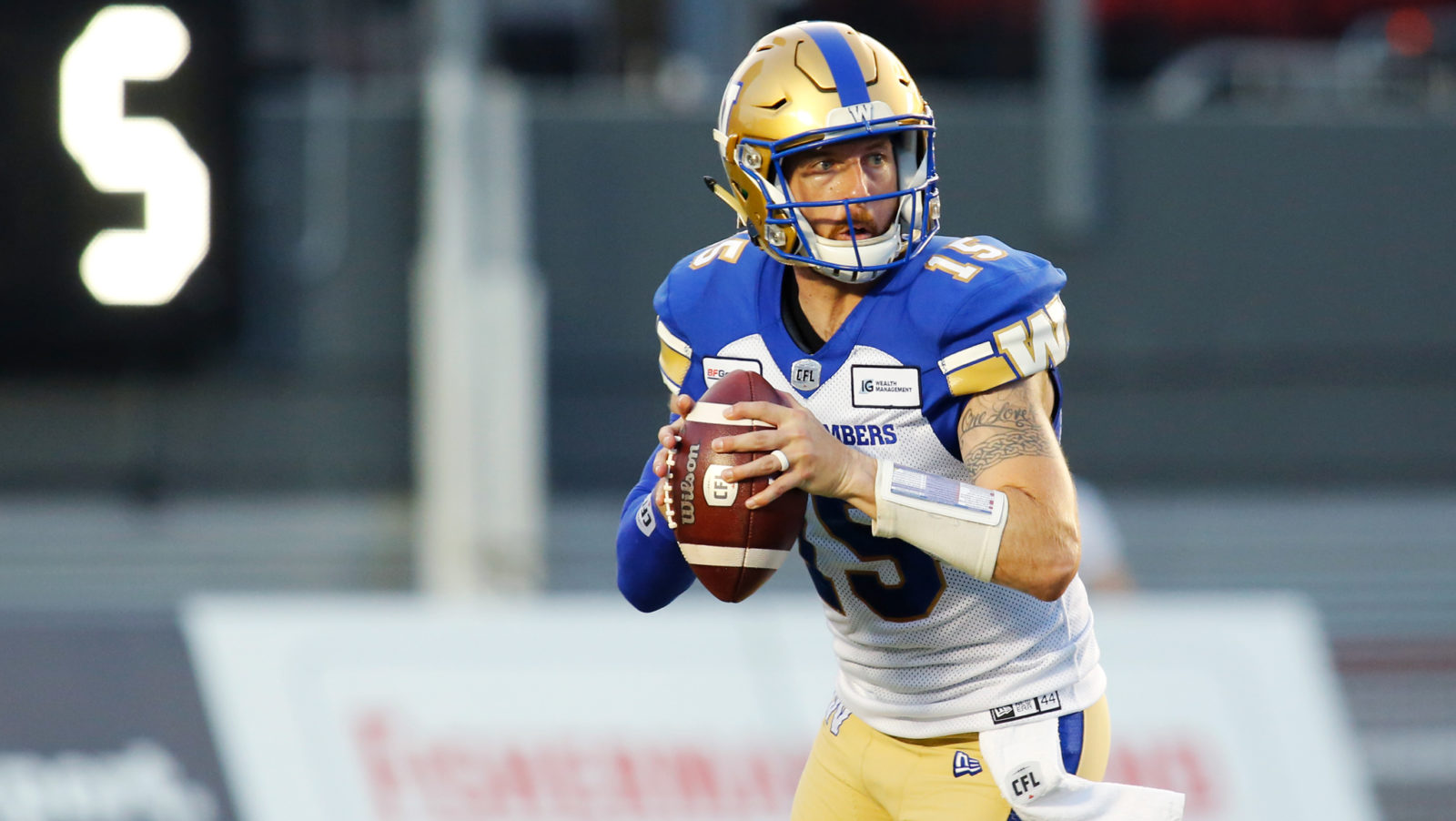 Ferguson: Who is the CFL’s best wide side passer?

“Can he make all the throws?”

It’s the type of term we constantly throw around when trying to evaluate the worth of a professional quarterback, either through draft evaluation of their college days or in-season assessing their ability to lead the offence.

To me, the idea of making all the throws is about having variety and being able to do a little bit of everything from firing a rocket through tiny windows between linebackers to dropping a perfectly placed touch pass over a defender on a vertical route with just enough air and anticipation to guide the rock where you want it.

THIS is just one part of playing sport’s most difficult position, but to me it’s the most enjoyable.

In the CFL, the discussion becomes even more magnified when we factor in the field metrics and requirements of a quarterback’s arm.

RELATED:
» Week 17 Projections: Adams Jr. set to continue his dominance
» Accuracy Grades: Who was on target in Week 16?
» Rockstar QB Index: More than just a backup

I admit to giggling silently inside my head every time an American football broadcaster goes over the top in their praise of a passer who threw a ball on the money to the ‘wide side.’ As the man on the mic shoots verbal fireworks out of the booth I find myself thinking, “if you think that’s good you should see some of the throws up here.”

The ‘wide side,’ for the unacquainted, is defined as the side opposite of the hash the ball is snapped.

Left hash snap, right side becomes the wide side and vice versa. I count wide side throws as being those that target outside the bottom of the numbers to that wide side.

In the CFL, it’s a constant point of discussion as the horizontal passing game is able to stretch the field and create offensive fireworks in ways no other version of the game can, but who is the best at it?

We rarely hear who airs it out to the wide side the most, who is most accurate when targeting the furthest distance from the snap hash, who produces the most offence when targeting that rare endangered zone, etc.

Well, wait no more. Let’s look at who the CFL’s best wide side passer is in 2019 beginning with who attempts the highest percentage of their passes to the CFL’s most challenging locale. 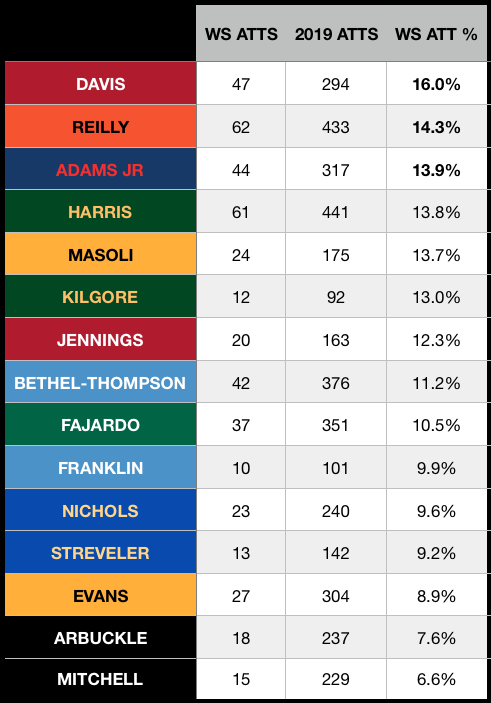 Simply put, it’s the gunslingers. Dominique Davis, Mike Reilly and Vernon Adams Jr. – for better or worse – are not afraid to put the ball anywhere on the field so it’s not surprising to see their names pop up here.

Some of this is individual based and some of it is system based as seen by the surprising realization that both Bombers quarterbacks have similar wide side attempt numbers as do Nick Arbuckle and Bo Levi Mitchell, who has actually posted the lowest wide side attempt percentage in the CFL at 6.6%. That’s just 15 of his 229 attempts so far this season.

Now here’s a look at wide side attempt accuracy:

No wonder Mike Reilly likes to attack the field, he’s on target when doing so. The CFL’s most accurate wide side passer is the recently shutdown for the season Matt Nichols while Dane Evans of the Hamilton Tiger-Cats continues to pop up at or near the top of many quarterback metrics since replacing Jeremiah Masoli in Week 7.

The next question I had was just how aggressive are the CFL’s big arms when targeting the wide side? It doesn’t take a math major to figure out that going wide creates more distance on the throw which usually results in a lower completion percentage, but when taking the wide side shot, who is brave enough to challenge vertically?

Again, it’s the CFL’s gunslingers making an appearance as Adams Jr. and Reilly not only top the charts in wide side attempt percentage but also wide side verticality. Meanwhile, the Bombers quarterbacks again sit near the bottom of the pile in wide side yards in air per attempt including current starter Chris Streveler, who averages just 8.8 yards per wide side attempt.

Verticality and accuracy which have already both been looked at often correspond with completion percentage. Let’s look at who is getting the ball in their playmakers hands in space at the highest rate.

THIS is not the gunslingers. The arrival of Fajardo, Nichols and former Calgary starter Nick Arbuckle tells a different story, one that suggests higher completion rate on these kinds of throws requires touch, anticipation and an understanding of when and where to challenge down the field. A strength of all three passers as shown this season.

All of these ways to evaluate quarterbacks on wide side throws is fun and informative, but when it all comes down to it what really matters is offensive production. Last but not least, let’s look at the production grade for each passer when targeting outside the numbers to the wide side of the field.

There you have it. Matt Nichols is the most productive quarterback in the CFL when targeting the wide side. While he might not attempt throws there as much as others or challenge as vertically Nichols found a way this season to complete a high percentage of passes to the wide side which forced defences to cover every inch of the 65-yard field width before falling to injury.

Interesting to see Dane Evans and Nick Arbuckle – both backups to begin the season round out the top three here as they have dipped their toes into the CFL wide side waters with above average success.

Perhaps a meaningful metric to predict who in the CFL can ‘make all the throws’ and which QB’s could become the next generation of top flight Canadian football passers.