Start vs. Sit: Business is boomin’ for Bralon 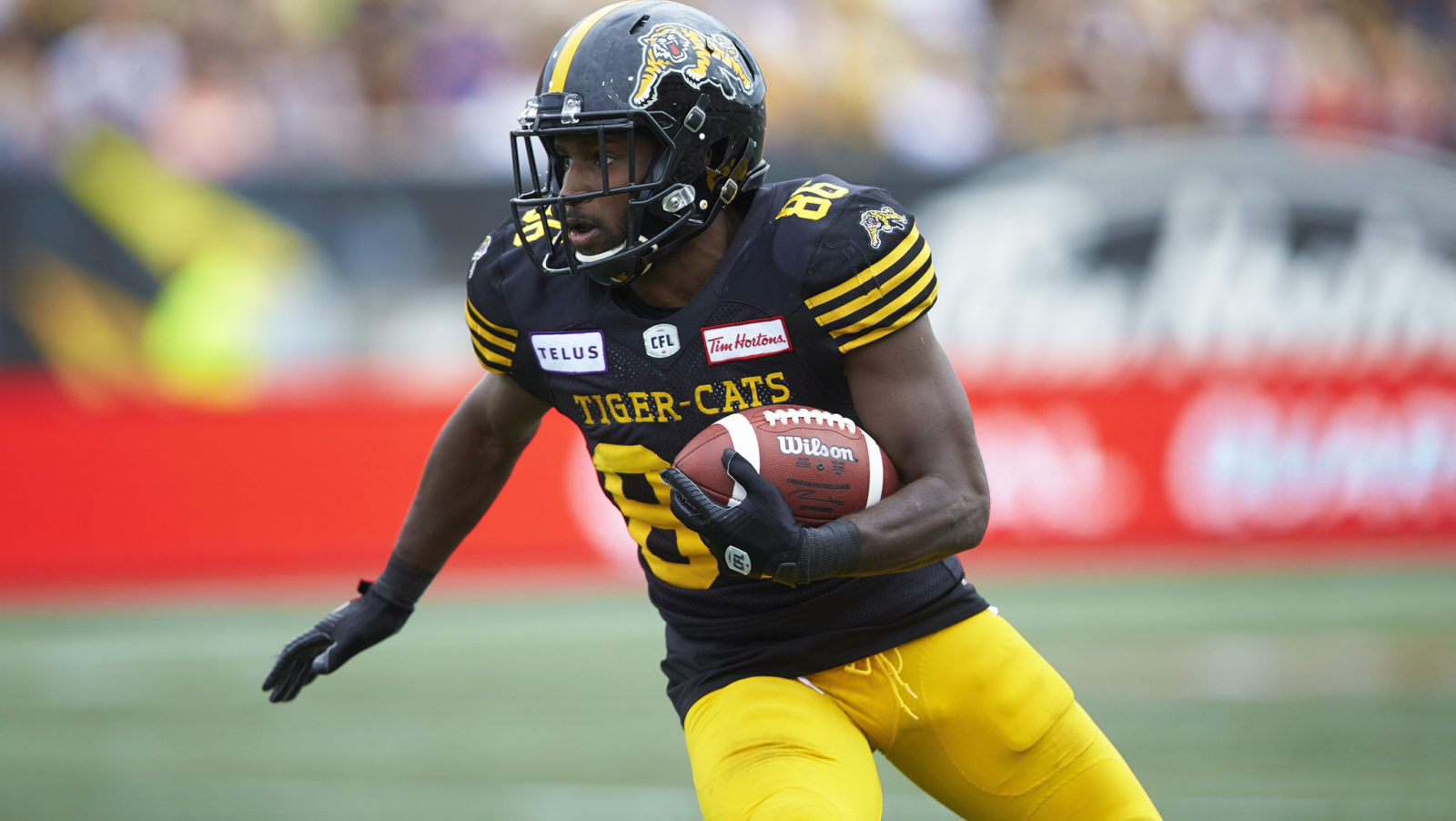 Start vs. Sit: Business is boomin’ for Bralon

That’s a significant amount of firepower available for Fantasy users, so how does the return of this explosive quartet impact the Start/Sit side of things? Follow along, because, trust us, it does.

The Eskimos lead the league in fewest passing yards allowed (213.2) but don’t tell that to Addison, who had 25.5 Fantasy points in a Week 15 nail-biter that clinched a playoff spot for the Ticats. Addison caught four passes for 131 yards, including a 76-yard major that night, and with pivot Dane Evans ($7,463) in the best stretch of his career, playing Addison assures Fantasy users of at least 10-12 targets and a handful of touches as a runner. Fantasy users can also save more than $2,000 in salary by using Addison — who has at least 90 receiving yards in five of his last six games — over the equally productive Brandon Banks ($11,971).

Edmonton is averaging just 229 passing yards per game in Kilgore’s three appearances, 79 yards fewer than what Trevor Harris ($10,556) had averaged before his upper-body injury. That’s a domino effect that has impacted the numbers of DaVaris Daniels ($8,064), Greg Ellingson ($7,933) and Ricky Collins ($5,318). Harris threw only four interceptions in 441 attempts; Kilgore has tossed four in 92 attempts. The Tiger-Cats have allowed a league-low 12 touchdown passes, so Kilgore will have dial-up the aggressive play in order to keep the Eskimos in the West Division playoff conversation.

With the weather becoming cooler, the need for Calgary to get its ground game on track takes more importance. Enter a healthy Jackson, who rushed for 77 yards on 13 carries against the Alouettes in Week 10 before an injury led him back to the Injured List. The Stamps are averaging just 77 rushing yards per game and will turn to Jackson in hopes of him improving his 4.2 yards per carry along with staying durable since Ka’Deem Carey ($5,250) is lost for the season. Montreal allows 5.5 yards per carry and if the Stamps’ passing game finds more consistency, the running lanes will be there for Jackson to perhaps deliver a big Fantasy outing.

Don’t bet on Adams tagging the Stampeders for 389 passing yards and accounting for four touchdowns like he did in Week 10. Calgary’s defence had its pride wounded in the overtime loss and will look to put an end to what has been the best stretch of play in Adams’ brief career. Montreal is last in completion percentage (62.7%) and if the Stamps take William Stanback ($7,435) out of the equation, that leaves Adams isolated with a Calgary pass defence that’s recorded a league-high 20 interceptions, two of which came from Adams in Week 10.

Last week’s loss to Hamilton snapped a five-game streak of at least 10 Fantasy points from the Winnipeg defence. The Bombers offence is unlikely to put up points in torrid fashion, so it will be up to the D to rise up. Winnipeg leads the league with 38 forced turnovers and ranked fourth with 40 sacks. They’ve allowed only one passing major to Riders pivot Cody Fajardo ($9523) while recording three interceptions in the two previous meetings against Saskatchewan along with sacking him 10 times. As of now, the closest thing to a sure bet when it comes to Winnipeg’s Fantasy fortunes is the 12 players on defence.

Moore ended a six-game run without a touchdown in last week’s win over the Argos, but finished with 69 yards, marking the 10th straight game Moore finished with fewer than 70 receiving yards. The current trend could make Moore somewhat expendable as the Riders prep for the stretch run, as Saskatchewan has veterans Manny Arceneaux ($4,211) and Naaman Roosevelt ($5,656) capable of playing bigger roles, while Kenny Stafford ($4,602) and newly re-signed Jordan Williams-Lambert ($4,644) wait for an opportunity to contribute.

Mike Reilly ($9008) has found a groove in his last three games, yet White presents the best play for the Lions, who are making a sprint for a postseason berth. White has scored five majors in his last five games while adding six catches in his last two outings. Toronto has the league’s worst run defence at 121.7 yards allowed per game along with a unit that allows a league-worst 5.8 yards per carry, greatly enhancing the chances of White recording his first 100-yard game since tallying124 yards against Hamilton in Week 9.

Don’t get lulled into thinking Franklin can be a value play. The Argonauts have not made a decision whether Franklin will get another start after passing for 208 yards and two passes picked off in last week’s loss to the Roughriders. Franklin could start, but another sluggish beginning could usher in the return of Bethel-Thompson, who tossed for 303 yards and a touchdown when he faced BC in Week 4.