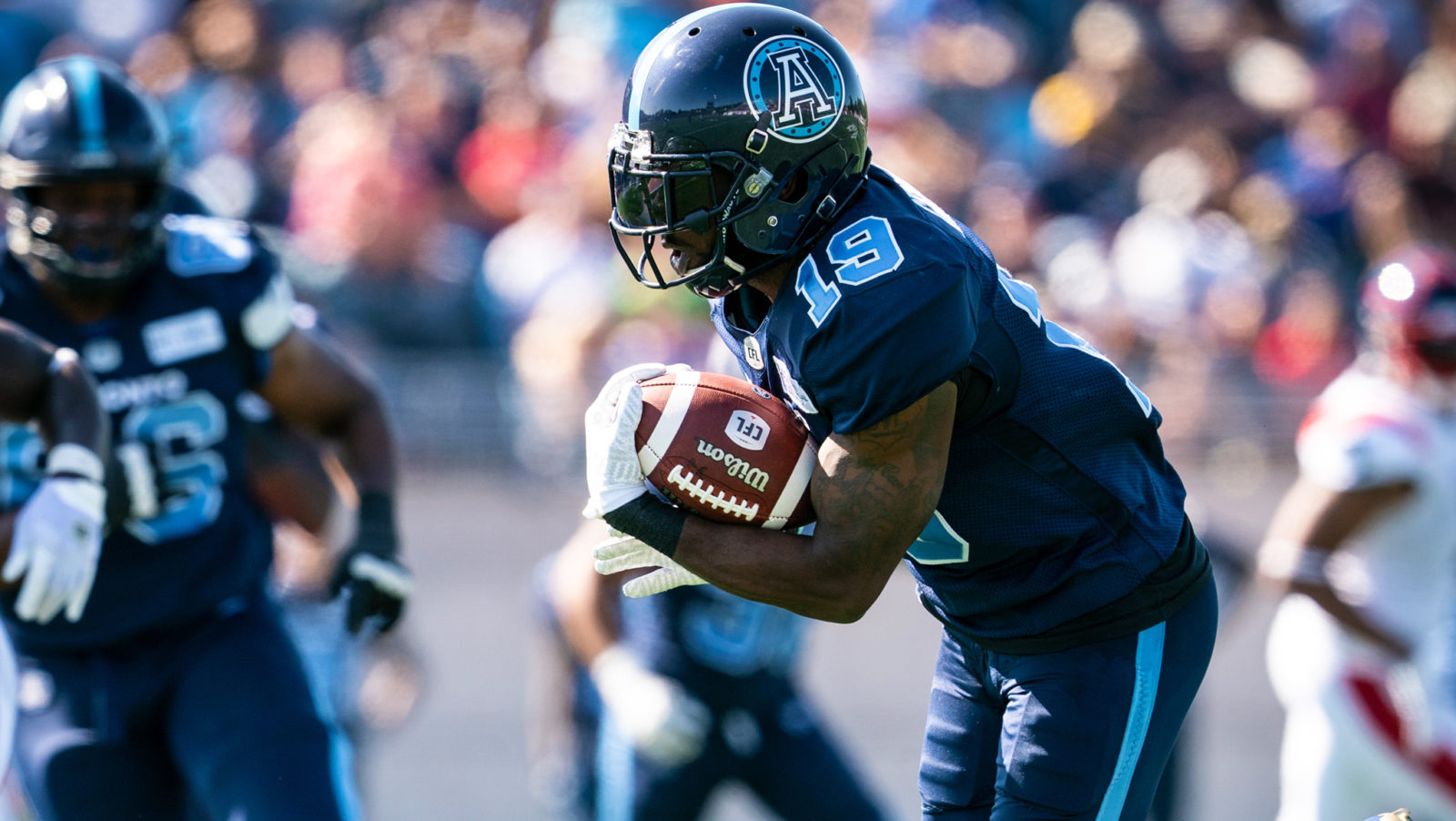 We’re headed into the home stretch of the 2019 season, and after a thrilling slate of action a week ago, we’ll be treated to another four games in Week 17, headlined by a Saturday triple-header.

Rob Hitchcock will take his place on the Ticats’ Wall of Honour on Friday when Hamilton will look to stay blemish-free at Tim Hortons Field.

These two teams played one another back in Week 15, and while the Tabbies jumped out to a big lead in the first half, they’d need a last-second field goal by Lirim Hajrullahu to get the win.

Hamilton has a chance to clinch first place in the East crown along with a Montreal loss. What better night to do it on than the one where the organization will honour the 1999 Grey Cup championship squad?

Vernon Adams Jr. returns to go up against Bo Levi Mitchell in what should be a fantastic clash.

The Als and Stamps had a classic game in Week 10, with Adams having a breakout performance to help Montreal to a victory. They’ll need to slow down the Stamps, who have won four straight games, in Week 17.

With a win, Montreal would punch its ticket to the postseason for the first time since 2014 and also lock down a home playoff game in the process.

With each team having clinched a playoff spot, the only thing to decide is where both the Riders and Bombers will finish in the West standings. The rubber match of the season series could prove to be the best yet.

Saskatchewan was able to take the first head-to-head of the season with a walk-off field goal before Winnipeg walked away with the Banjo Bowl a week later.

With Matt Nichols done for the season, it’s Chris Streveler‘s ship to steer. He and Cody Fajardo will try and go shot for shot to give their respective teams a better shot at hosting a playoff game.

Saturday |  Toronto at BC

The Boatmen take a voyage out West to try and get back into the win column.

BC has won its last three contests after starting the campaign 1-10. That’s kept their playoff hopes alive, but they’ll need Edmonton to keep losing to have a shot at the crossover playoff spot.

The two teams played each other tightly in Toronto back in Week 4. The final game of Week 17 should be the exact same way.