Berg vs. Ferg: Which single game record is unbreakable? 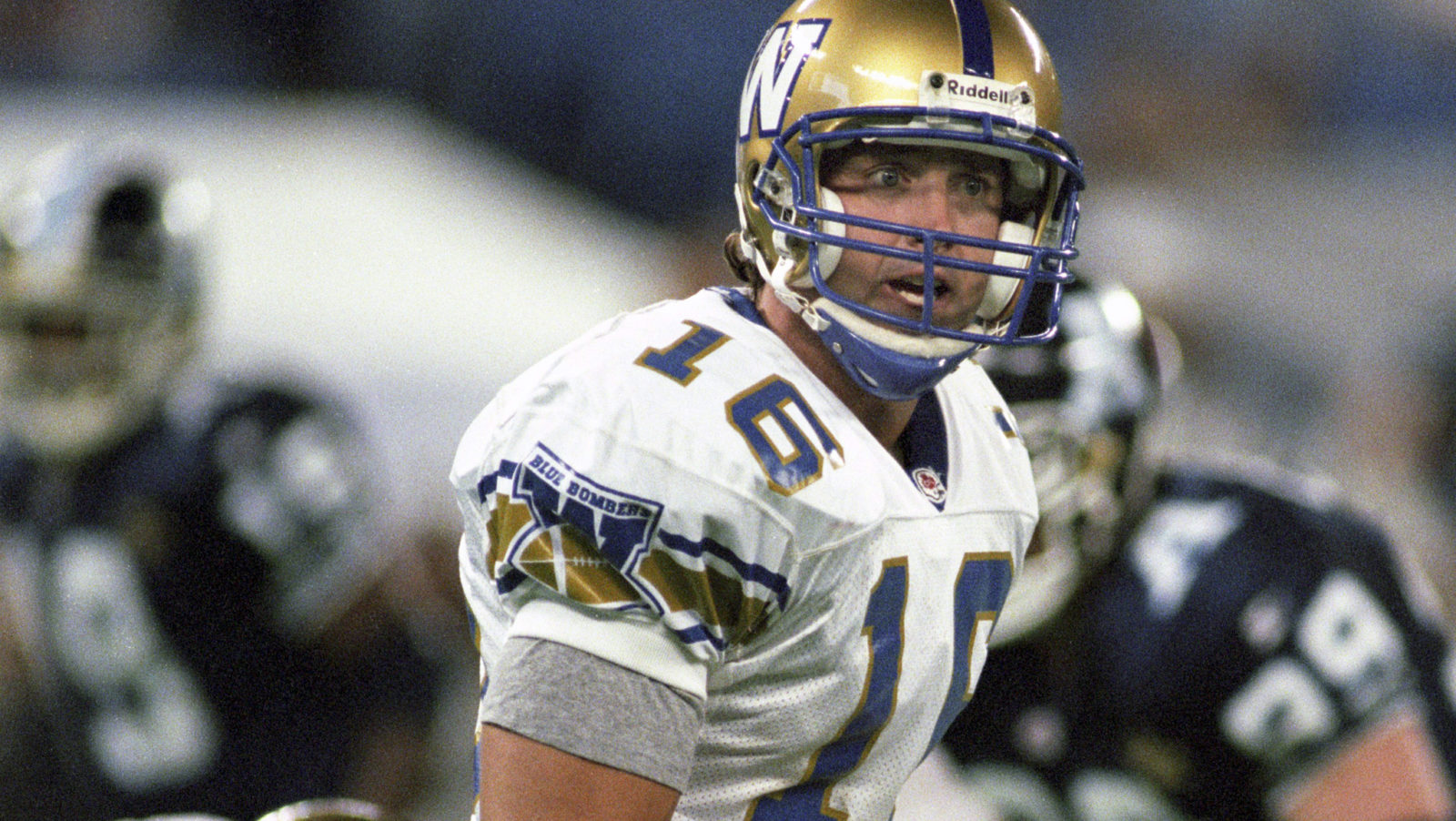 Berg vs. Ferg: Which single game record is unbreakable?

Berg vs. Ferg is back for 2019 as columnists Pat Steinberg and Marshall Ferguson debate over some of the league’s most contentious storylines. This week’s question: Which single game record is least likely to be broken?

TORONTO — Ticats linebacker Simoni Lawrence has never been shy to prove a point, whether it’s with his play or his words.

Last weekend, however, Lawrence took it a step further, adding his name to the record book following a 17-tackle game. Lawrence broke the previous record of 16, set back in 2003 by Reggie Hunt — a record that was held for 16 years.

One might suppose it would be a long time before Lawrence’s record is broken. A lot has to go right for a record-breaking performance, especially for a defensive player where time and place are everything.

But that’s what’s fun about single game records: they tend to come out of the blue.

I feel like I could just write that down this article about 50 times and win all your votes because the argument makes itself.

It’s impossible, it doesn’t make any sense. There’s no reason it should have happened and no reason it will ever happen again. Why?

Okay that’s the macro reasoning, but here is the micro if you aren’t convinced by the first five lines of this Berg vs. Ferg.

If a quarterback throws for that many yards in the modern CFL they HAVE to be up by so much that their services are no longer needed by the start of the fourth quarter. That is of course unless the other team is keeping it close somehow offensively but that would create a shootout the likes of which we’d never understand.

If you’re on pace for 713 passing yards after a first half the play calling likely changes even if the personnel doesn’t, but the largest reason why Dunigan’s record will never be touched is it’s hard to do.

Take this past week as a recent example. Hamilton’s Dane Evans threw for 308 yards in a damn near perfect first half. He had only missed four throws (21-25) and was set to take a run at 713.

Then he spent the second half dinking and dunking and getting out of Winnipeg healthy more than being productive. Evans would finish the game with less than 400 yards thanks to a solid second half defensively and the lack of a need to keep pushing the football into possible peril.

Seven hundred and thirteen. It’s a number that will stand forever, and I’m okay with that because you’ll always look at it in awe.

The CFL’s single game record for receiving yards has stood for more than 60 years for a reason. Montreal Alouettes receiver Hal Patterson hauled in 338 yards in one game back in 1956, which is a record I’m not sure we’ll ever see eclipsed. In fact, no one has come close to that number since 1994 when both Curtis Mayfield and Alfred Jackson went over 300 yards in one game. There’s a reason for this.

We are in a great cycle for receivers in this league, which means a lot of the elite players at the position aren’t the only ones on their team. Hamilton has Brandon Banks and Bralon Addison. Calgary has Reggie Begelton and Eric Rogers. Saskatchewan has Shaq Evans and Kyran Moore. Edmonton has DaVaris Daniels and Greg Ellingson. When so many teams have multiple high end receivers, it’s hard for one guy to get the targets and attention needed to ever touch Patterson’s record.

The game is also coached in a much heavier and refined fashion six decades after Patterson was tearing up opposing defences. Offensive game plans are so specific and well researched, it’s unlikely we’d see one guy be such a focal point. And, on defence, the in-game adjustments we see today would render 300-plus yards in one game from any player, regardless of talent, extremely unlikely.

The last time anyone came within 70 yards of Patterson’s record was 1999 when Hall of Famer Terry Vaughn hit 275 with Edmonton. Since then we’ve seen some incredible individual performances at receiver. But to ever see one guy go over 300, let alone hit 338, is something I’m not expecting to see in my lifetime.