Ticats close to clinching East after win against Esks 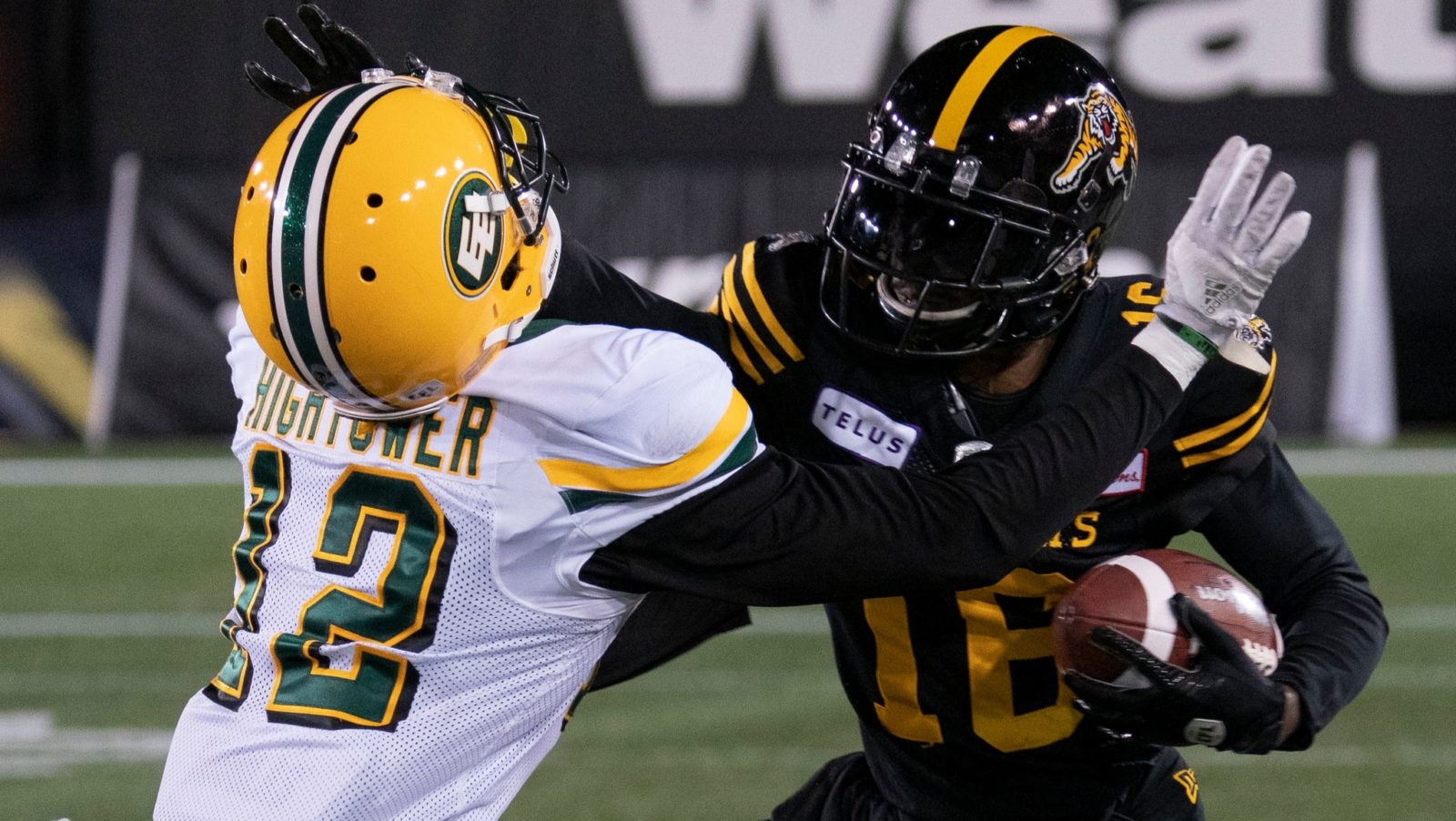 Ticats close to clinching East after win against Esks

HAMILTON — The Hamilton Tiger-Cats drew closer to clinching first place in the East with their 42-12 home victory over the Edmonton Eskimos on Friday night. The 12-3 Ticats have won three straight and are a perfect 7-0 at home.

The Tabbies will secure top spot in the East if the Montreal Alouettes lose their game against the Calgary Stampeders tomorrow, but head coach Orlondo Steinauer said his team is solely focused on the road ahead.

“We’re not depending on anybody to win the division but ourselves,” Steinauer said after the win. “That’s our mindset. If you want to do it, then you do it yourself. Anything else is an uncontrollable factor. We will never focus on those, not as long as they let me stand in front of this podium. We’re going to worry about what we can control, and that’s our next game.”

Dane Evans continued his solid season in the win over Edmonton with a pair of touchdown passes and a 75 per cent completion rate. The 25-year-old quarterback has thrown eight touchdowns against just two interceptions over the last three games. Most importantly, the Ticats’ offence found a way to consistently finish drives against the Esks.

“All the yards in between are great, but you need to finish drives with points,” Steinauer said. “We got fields goals. We got touchdowns when we needed it, spread the ball around.”

While Hamilton’s offence did its part once again, the defence and special teams also played a large role in keeping the perfect home record alive. Richard Leonard notched a pair of interceptions, including a key pick six in the fourth quarter, and the defence got to Logan Kilgore for five sacks.

Frankie Williams gave the offence solid field position all game with 167 combined return yards. Lirim Hajrullahu made all four of his field goal attempts and is now second in the league with 40 field goals on the season.

“The game is always about execution, and it’s about preparation,” Steinauer said. “Credit the staff. They did an outstanding job, and the players understood it. It’s their job to go out and execute and play fast, and we try to let the scoreboard take care of itself.”

The East-leading Hamilton Tiger-Cats will get a week off before they host the Ottawa REDBLACKS in Week 19.