We’re entering the stretch run of the U SPORTS football regular season, and Week 7 promises entertaining matchups from coast to coast.

The best viewing will be in Ottawa on Saturday, as the Ottawa Gee-Gees (3-2) and Carleton Ravens (2-3) are set to square off in front of a record 24,000-plus crowd at the 51st Panda Game.

It’s a contest that has provided thrills, upsets and a whole bunch of in-stadium shenanigans over the years — and it truly is the pinnacle of Canadian university sports.

The ‘Gees are coming in off a humbling 33-6 loss at Guelph which saw them generate just 107 yards of offence, while Carleton put it in cruise against formerly-ranked Toronto en route to a 29-19 win last week.

However current form, standings, injuries don’t seem to matter once the ball’s kicked off at Panda — it’s always a time and an entertaining contest.

Here is what our #UniversityBlitz panel is expecting in Week 7’s marquee matchups. 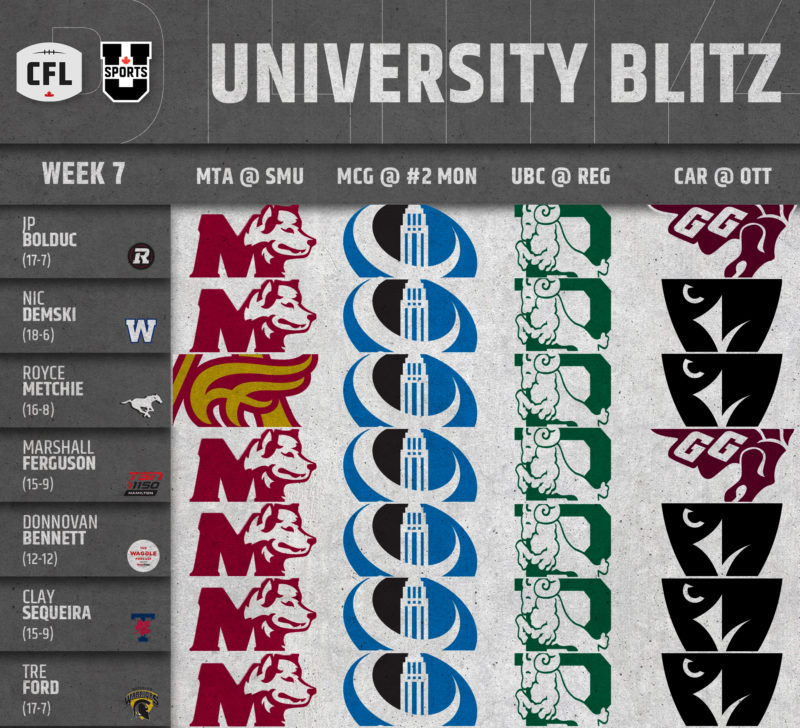 Elsewhere in Canada, a prairie battle between Manitoba (3-2) and #7 Saskatchewan (3-2) has plenty at stake with the top four teams in Canada West separated by a single win.

For the full U SPORTS schedule, standings and more, click here.