Back in the Hunt: Als secure first playoff berth since 2014 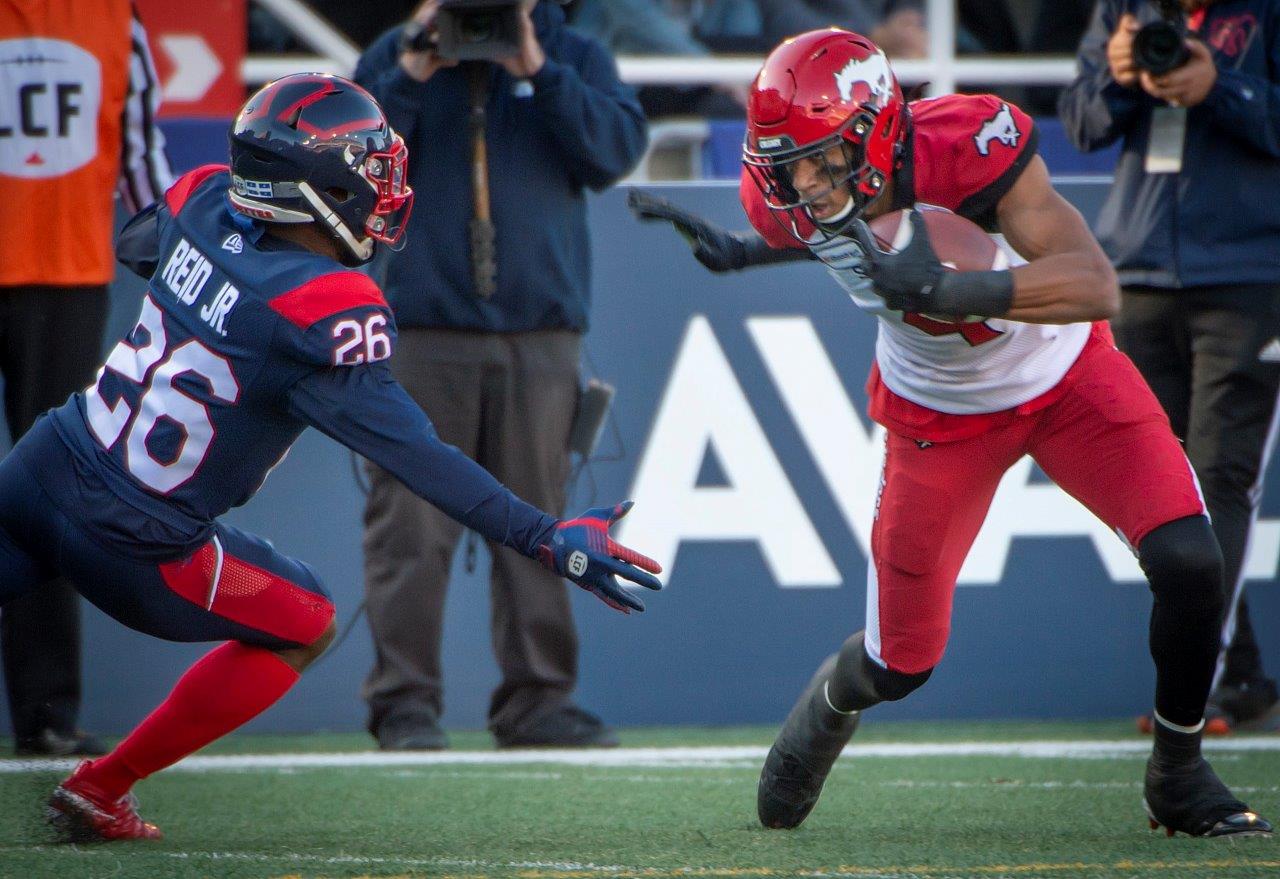 Back in the Hunt: Als secure first playoff berth since 2014

MONTREAL — It has been a long time coming but the Montreal Alouettes are about to re-enter the CFL post-season fray.

With a 21-17 win Saturday night over the Calgary Stampeders, the Alouettes clinched their first playoff berth since 2014.

That Als squad was led offensively by quarterback Jonathan Crompton and receivers Duron Carter and S.J. Green. Crompton is now an offensive coach for the Toronto Argonauts, Green is a top target for the Boatmen, while Carter has made his way out west to join the BC Lions.

Right before the start of the 2019 campaign, the Als made some significant moves to their front office and coaching staff. Less than a week before the team’s opening game of the season against Edmonton, head coach Mike Sherman and the Als agreed to part ways. Offensive coordinator Khari Jones was named the interim head coach, and after the results of the team this season, Jones won’t have that interim tag for much longer.

He looks to be a shoo-in to be a nominee for the league’s Coach of the Year honour and could even be the leading candidate to win the award.

A day after that opening game, the team parted ways with general manager Kavis Reed. A committee of Jones, assistant general manager of player personnel Joe Mack, and director of football operations Patrick Donovan took over the team’s day-to-day operations.

After dropping their first two games of the year, the Als snapped off three straight victories. It’s been an up-and-down season in Montreal, but the biggest bright spot has been the play of the offence, led by Vernon Adams Jr., who has had arguably the biggest breakout of any player league-wide in 2019.

His stellar play has even earned some consideration for the league’s Most Outstanding Player award.

Running back William Stanback is having a career year, and the receiving core, led by Eugene Lewis, DeVier Posey, and Quan Bray, has created issues for opposing defences.

The defence also has the potential to grow into one of the best in the league. Patrick Levels is becoming one of the leaders of the unit, Henoc Muamba continues to be a beast at linebacker, and defensive backs Greg Reid and Tommie Campbell have been a few of the Als’ most efficient tacklers and ball-hawkers.

Montreal will host a playoff game to open the postseason. They’ll more than likely play host to either the Edmonton Eskimos or BC Lions, who are still vying for the crossover spot out of the West. However, with the Hamilton Tiger-Cats still yet to clinch the East crown, anything is possible.

The Alouettes will return to action in Week 18 when they look to improve their record at IG Field against the Winnipeg Blue Bombers on Oct 12.