Defence the difference in Als’ victory over Stamps 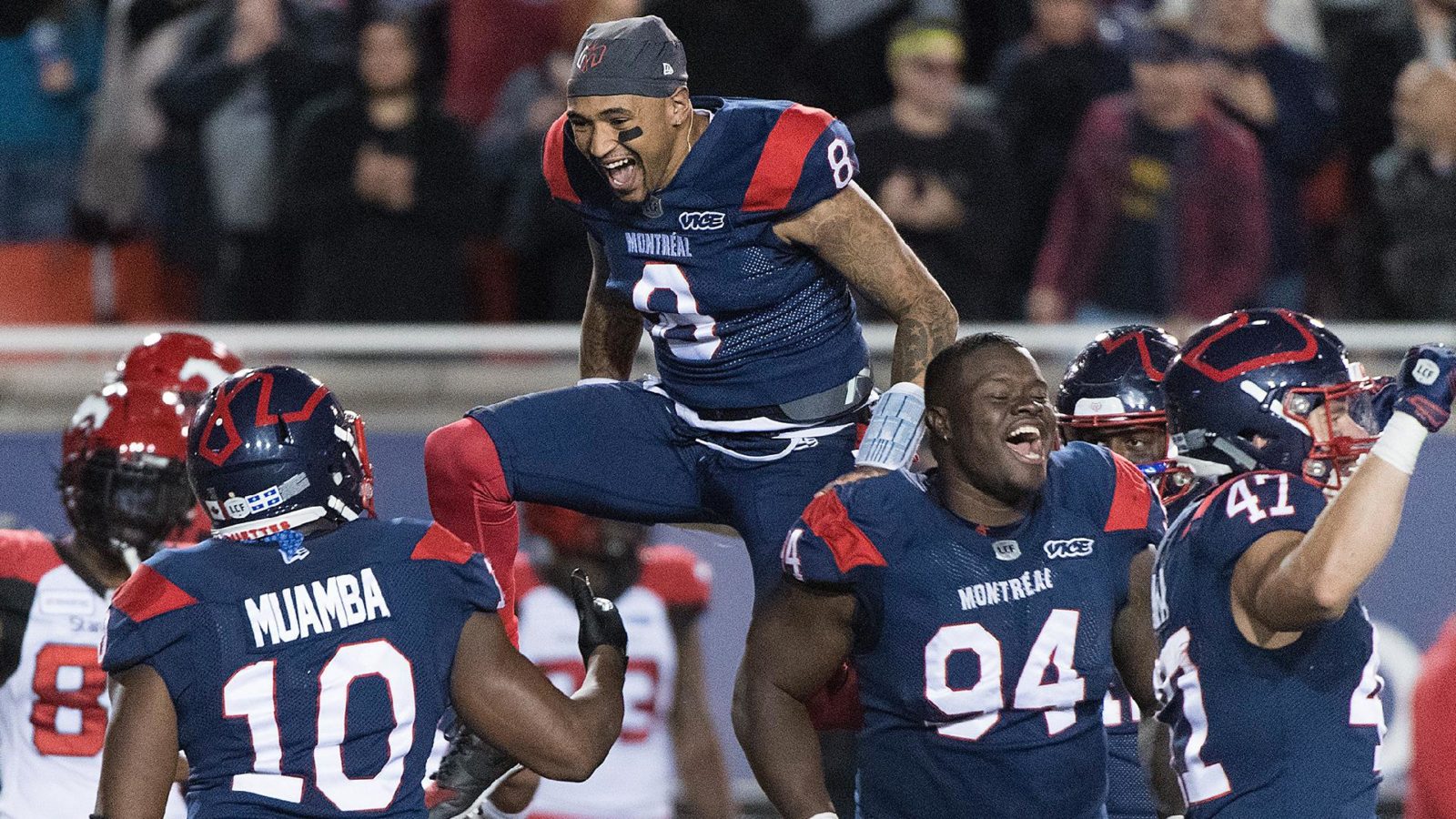 Defence the difference in Als’ victory over Stamps

MONTREAL — In a game that was supposed to showcase a projected candidate for the league’s Most Outstanding Player against the reigning MOP and Grey Cup MVP. However, it was the Montreal Alouettes’ defence that was the shining star in a 21-17 victory over the Calgary Stampeders on Saturday.

“The defence just had so much fight out there today,” Als quarterback Vernon Adams said post-game. “Guys going down, Henoc (Muamba) going down, coming back in, and making huge plays; JJ (Jarnor Jones) and Greg Reid, really everyone was making plays.

“Shoutout to the defence, man, I think they had four turnovers, special teams had a touchdown for us. That was huge in the moment because down because I was playing down a little bit and that took the pressure off of me. Shoutout to special teams and the defence for doing their part and holding it down.”

Following the first half, it looked as though the Stampeders were going to have another great offensive outing. Starter Bo Levi Mitchell was 8 of 8 for 141 yards after the first quarter of play and ended the first half with 313 yards and a touchdown.

He connected with Josh Huff on a 28-yard score and he and rookie receiver Hergy Mayala also connected on a 68-yard catch-and-run to end the first quarter.

However, after heading into the locker rooms with a 17-10 lead, the Stamps couldn’t muster a single point in the last two frames.

The Als’ defence got its first turnover of the game right before halftime, with defensive lineman Ryan Brown leaping at the line of scrimmage to gobble up a screen pass by Mitchell intended for Reggie Begelton. That would start a stretch of four turnovers in five drives by the Stamps.

Patrick Levels would force the first fumble for the Als in the game, punching the ball out of Eric Rogers’ clutches, where it would be recovered by Jarnor Jones to finish the second quarter.

Bo Lokombo would follow that up by jarring the ball loose from Josh Huff with a big hit and Dominique Termansen recovered it on the second Calgary possession of the second half.

Finally, Muamba forced the third fumble, this time it was Begelton who coughed up the rock. Reid fell on the loose ball.

Unfortunately, none of those fumble recoveries would be converted into points by the Als’ attack. But they’d get help elsewhere.

Special teams also played a big part in the Als’ victory. Just over a minute into the third quarter, Mario Alford, who was making his first appearance of 2019, corralled a punt at the 26-yard line and made a cut up the left sideline to return it 85 yards for the score. That major knotted the game up at 17 and gave the Als momentum heading into a pivotal stretch of the game.

Boris Bede had a single that put Montreal ahead by a point in the third quarter and the kicker would add another three points on a 25-yard field goal with just over 2:30 remaining in the game.

“It’s a complete team game. You can’t just have one side doing something and that’s what’s good about it. They had our back and we’re not going to forget it,” Adams said.

With the victory, the Alouettes will be headed back to the postseason for the first time since 2014. There are just three players remaining from that squad, including John Bowman — the 37-year-old had one of the biggest plays of the game when he sacked Mitchell in the final five minutes to force a Stampeders punt.

With the changes the organization made ahead of the season, few could have predicted what they would achieve in 2019.

“I just told them that I’m just really proud of the guys for believing. There were a whole lot of reasons not to believe at the beginning of the season and nobody went out and worried about those things; we just went out and played,” Als head coach Khari Jones said. “We’ve just been playing solid football and I’m really proud of them for this accomplishment, to do it still with games left, and I’m going to take a moment with the coaching staff, with the front office, everybody.”

Montreal will head out West in Week 18 to play the Winnipeg Blue Bombers on Oct 12 in what should be a great test on both sides of the ball for the team.

The Alouettes can still improve on their record with four games left in their season. Jones and the rest of the staff will be stressing over cleaning up the smallest aspects of their game with little to no room for error once the playoffs roll around.