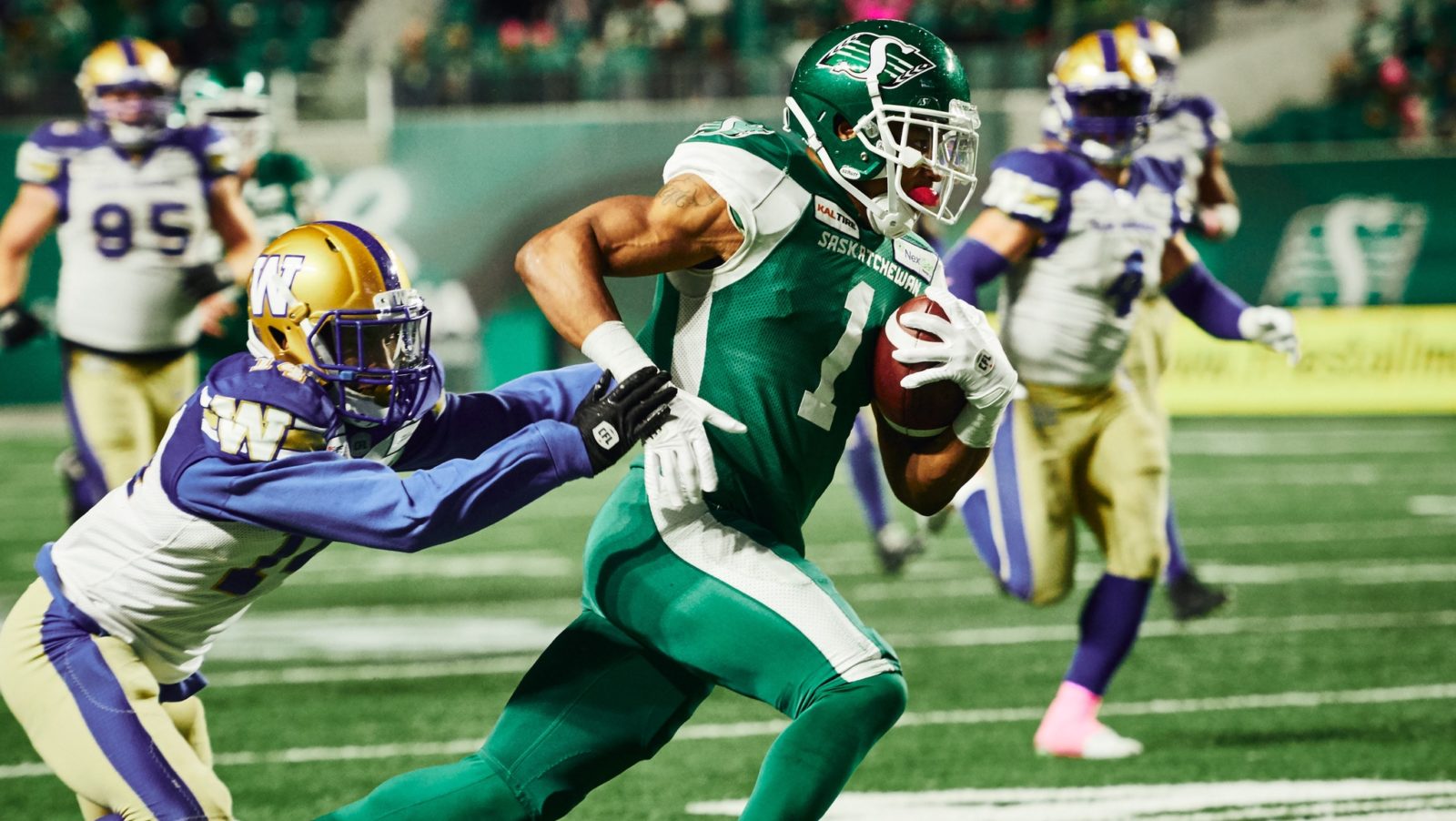 REGINA — The Saskatchewan Roughriders claimed first place in the West with their 21-6 home win over the Winnipeg Blue Bombers in Week 17, and it was Shaq Evans that stole the show. The 28-year-old receiver made multiple big plays while racking up a career-best 193 yards and a touchdown on seven catches.

Defence dominated for much of the game, but it was Evans’ highlight-reel touchdown in the final minutes that sealed the victory for the Riders.

“That’s what he can do, he can take over a game,” Riders quarterback Cody Fajardo said after the win. “For me as a quarterback, mentality wise, if they’re running man coverage I know that Shaq’s going to do a great job of getting the ball. But what he does best is what he does after catching football. Shaq does a great job of just putting his head down and getting positive yards.”

What made Evans’ performance even more special was the added accomplishment of reaching 1,000 yards receiving for the first time in his young CFL career. Evans said he set that milestone as his personal goal before the season began.

“It feels great, especially when you know you set a goal like that,” Evans said.

The Riders’ leading receiver has now put up 1,096 yards and five touchdowns on 60 receptions, and he has three games with over 150 yards receiving. Evans even had another touchdown called back against Winnipeg due to a penalty.

“He’s the best receiver in the league, hands down,” Fajardo said.

But Saskatchewan’s defence led the way for most of the game, as three turnovers prevented the Bombers from adding points on promising drives. The offence found a way to get it done in the end when the game still hung in the balance.

“We always seem to come through when we need it the most, and that’s a testament to what we put in during the week,” Evans said. “We preach being clutch and being big time, and we were tonight.”

Fajardo completed 18 of 28 passes for 299 yards, and he also added 47 rushing yards on nine carries. Fajardo and the entire team as a whole have progressed with every win.

“We knew we had a good football team, we just had to figure it out,” Fajardo said. “We had to gel together. I think there was a lot of timing stuff for me personally that I had to get with the receivers. The more reps I was able to get, the more comfortable I felt.

While Fajardo said it felt great to currently be in first place in the West, he and Evans know the team can’t afford to take their foot off the gas.

“We’ve got to continue to build on this,” Evans said. “We got a tough opponent next week in Calgary, and we know they’re going to come in there hungry for a win because they just came off a loss.”

The Saskatchewan Roughriders will face the Calgary Stampeders on the road next Friday at 9:30 p.m. EDT.