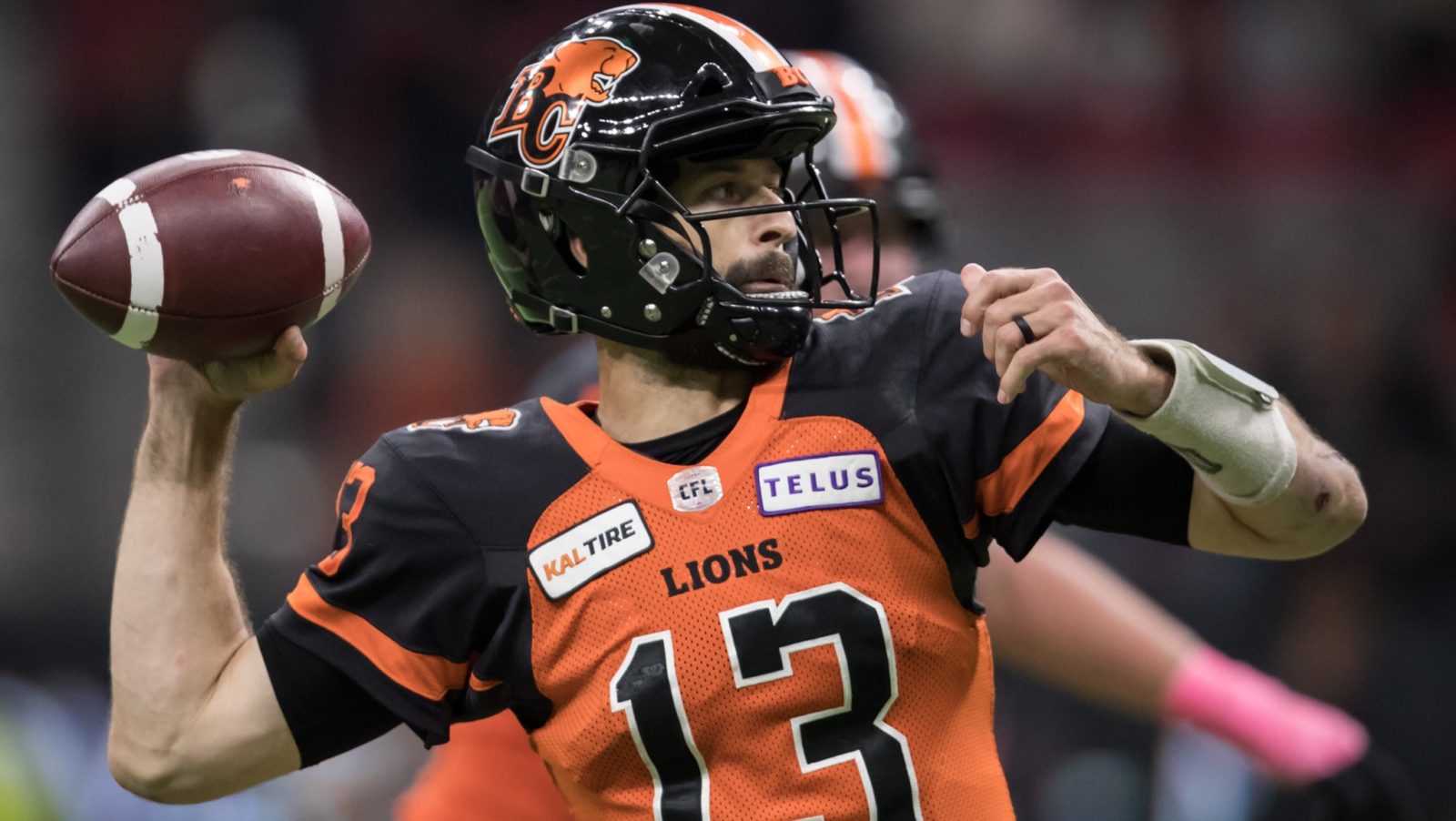 VANCOUVER — With their season on the line, Mike Reilly pulled through for the BC Lions on Saturday night.

In what was a near-perfect performance by all three phases of the Lions’ gameplan, Reilly had one of his best performances of his nine-year career.

The Lions’ signal-caller completed 21 of his 27 passes, passing for 276 yards and five touchdowns. That scoring total would be his career-best as the Lions put up a season’s best 55 points.

BC defeated the Toronto Argonauts 55-8 before 16,786 fans at BC Place Stadium in downtown Vancouver.

RELATED:
» Images: Argonauts at Lions
» By the Numbers: View Boxscore
» Watch: Johnson joins in on the fun
» Watch: Burnham does it again

“The whole first half, our defence kept setting us up on their doorstep with great field position,” said Reilly following the Lions’ biggest win since the 2000 season. “That makes the game a lot easier, for sure.”

All three turnovers by the Argos ended up leading to Lions touchdowns.

Not only that, but the Leos managed to control the time of possession astronomically, having the ball for nearly three-quarters worth (43:22).

The Lions are riding a four-game winning streak ahead of a must-win tilt against Reilly’s former team, the Edmonton Eskimos. Despite their 5-10 record, the Lions have been playing with some new-found confidence, along with a touch of swagger.

“At the beginning of the year, I think I said winning is contagious and losing is too,” said Reilly. “When things are going bad for consecutive weeks in a row, it seems like in the back of your mind, as much as you fight it, you’re waiting for the next bad thing to happen.”

“When you play with confidence, you’re a much different team. That doesn’t mean youre going to win every single game, but it means you’re going to have a much better chance.”

The Lions will face off against an Edmonton team that’s coming off of a disappointing loss to the league-leading Hamilton Tiger-Cats. Edmonton will also be without their starting quarterback Trevor Harris, who was placed on the six-game injured list back on Sept. 27.

Fighting for their post-season lives, Reilly said his team knows exactly where they stand.

“We know what the situation is.”