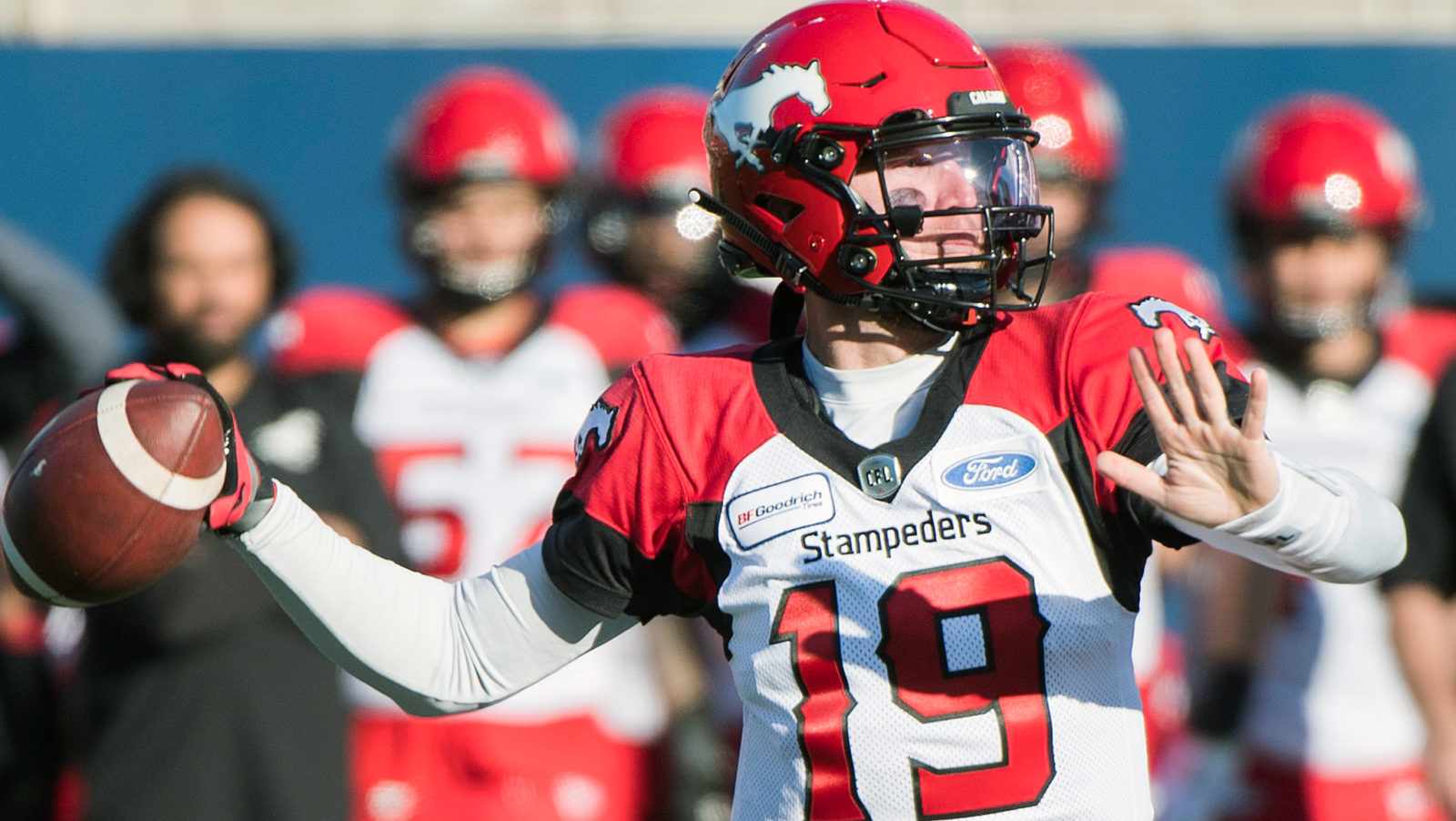 TORONTO — Are wins and losses a fair measure of success when evaluating Canadian Football League quarterbacks?

On the one hand, football is a team sport, where supporting cast including O-line, receivers and the coaching staff can significantly alter success for whoever’s leading the huddle. Inversely, no position on the field impacts an outcome like the quarterback, who handles the football virtually every offensive play of the game.

One thing Bo Levi Mitchell, Cody Fajardo and Vernon Adams — the top three pivots in this week’s ranking — all have in common is their ability to lead their teams to wins. 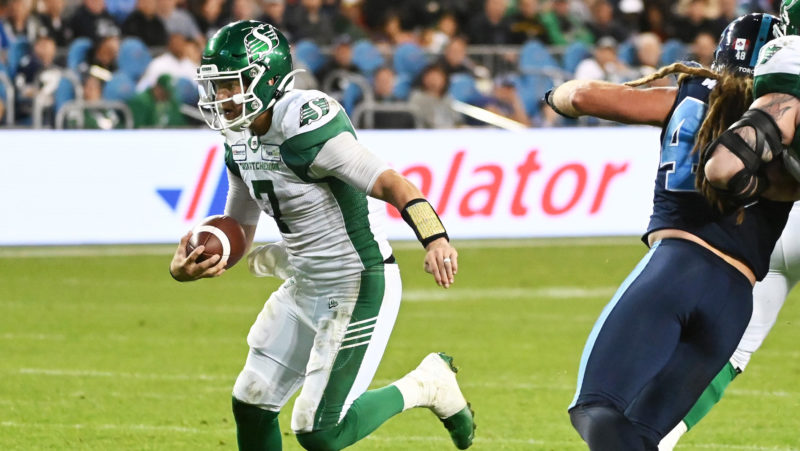 Mitchell is the CFL’s all-time win percentage leader with a 74-17-2 record throughout his career.

Adams is 11-4 in his career, including an 8-3 record this season with the Alouettes having already clinched a playoff spot.

And in his first season as a starter, Fajardo has the Riders on top of the West, owning a 10-3 record since taking over for an injured Zach Collaros back in Week 2.

In the ultimate team sport, is it fair to judge quarterbacks by their win-loss record?

He may have taken the loss, but Bo Levi Mitchell‘s third career 400-yard game was an encouraging sign that Mitchell is healthy and ready for November. The Stamps’ pivot was sharp against the Als, completing 72 per cent of his passes for 464 yards, the second-highest total of his career.

It wasn’t a masterpiece by any stretch, but Vernon Adams Jr. managed the game and got the win against one of the CFL’s best teams. Winning is what Adams has done best early in his career, though his 2019 QB rating of 98.9 ranks him third among active starters. The hype is legit.

If there is such a thing as a clutch gene, Cody Fajardo has got it. The Riders’ pivot threw for 128 yards in the fourth quarter vs. Winnipeg, including a 61-yard strike to Shaq Evans to preserve victory. Saskatchewan could win the West and Fajardo is a big reason why.

Saturday marked a career achievement for Mike Reilly, who threw five touchdown passes in a game for the first time. The Lions’ pivot has looked like his old self during a four-game win streak, operating at 79 per cent efficiency with 10 TDs, four interceptions and 10.5 yards per attempt.

Following a stretch of 11 interceptions in eight starts, Dane Evans was INT-free for the first time since Aug. 10 in a win over the Eskimos. The Ticats’ backup has been incredibly productive since the beginning of September, totaling 11 touchdowns and averaging 354.8 yards per game in five starts.

Chris Streveler struggled against the Riders, averaging just 6.4 yards per attempt while failing to find the end zone in a 21-6 loss. Head Coach Mike O’Shea continues to stand by his backup, but Wednesday’s trade deadline is sure to provide further clarity on his confidence in Streveler.

On a forgettable night for the Argos, at least McLeod Bethel-Thompson was able to find the end zone with a late touchdown pass to Armanti Edwards. The veteran journeyman could be a popular trade target before Wednesday’s deadline, but don’t rule out a return to the Argos in 2020.

Logan Kilgore had a tough time in his third start, throwing three interceptions including a pick-six to the Ticats. The 29-year-old has proven to be a capable fill-in, but not on a long-term basis. He’ll have to play better if the Eskimos are going to go anywhere while Trevor Harris is injured.

Dominique Davis flashed potential against the Eskimos in Week 16, completing 15 of 23 passes for 215 yards while leading a late game-tying drive — but an injury suffered late in the game likely puts him out of the lineup vs. Toronto. Tough break for the 30-year-old, whose upside is intriguing at least.

Nothing is going right for James Franklin, who threw for 32 yards on 6-of-9 passing Saturday before being pulled for McLeod Bethel-Thompson. After back to back losses by a combined score of 96-24, it’s evident that the Argos are more competitive with Bethel-Thompson as their starter.

The REDBLACKS have named Will Arndt their starter vs. Toronto, putting Jonathon Jennings back on the bench. It’s been a tough year in the nation’s capital, and for Jennings specifically as he’s averaged just 7.1 yards per attempt with more interceptions (7) than touchdowns (3).