U SPORTS Recap: Gaiters, Gee-Gees and T-Birds oh my! 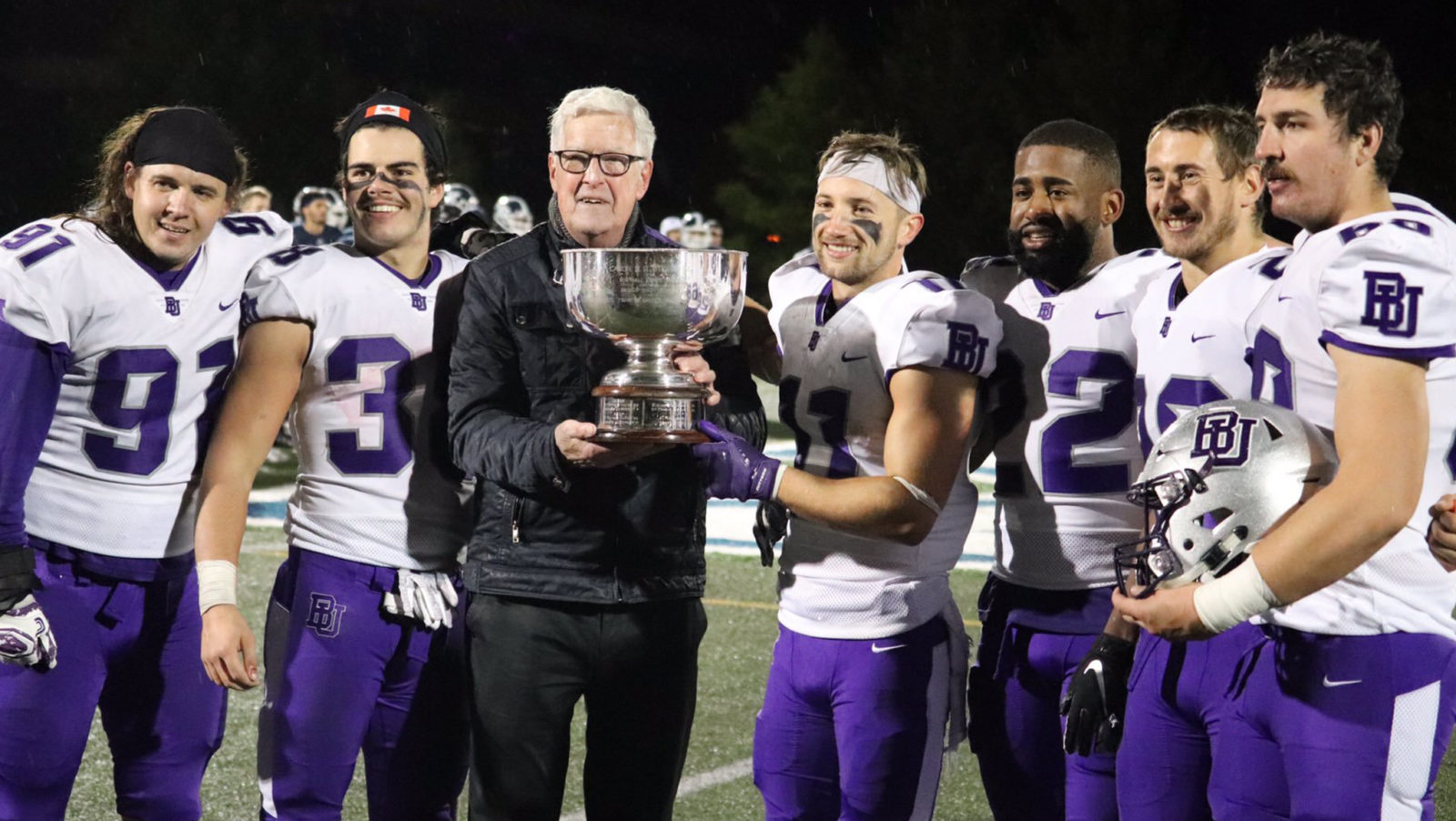 U SPORTS Recap: Gaiters, Gee-Gees and T-Birds oh my!

Things got a little crazy in Week 7 of the U SPORTS football season.

The winless UBC T-Birds picked up their first W of the campaign — on the road, no less — the Bishop’s Gaiters hit the three-win mark for the first time since 2013 and 24,000-plus watched uOttawa triumph in the Panda Game at Ottawa’s TD Place stadium.

🏈 T-BIRDS TOUCHDOWN!! Jacob Patten with the 41-yard catch and run and the ‘Birds lead the @reginarams 23-6 #GoBirdsGo pic.twitter.com/DW3Azfn9Ek

While it’s unlikely either the ‘Birds or Rams factor in the western conference’s playoff picture, it was a much-needed win for Blake Nill’s program nonetheless. In other action out west, Calgary (5-1) took care of business against spunky Alberta (4-2) with a 34-16 win.

All eyes were on the nation’s capital Saturday afternoon, as the Ottawa Gee-Gees reversed an early deficit to cruise to a 32-10 win in the Panda Game.

In a throwback to the Boise State/Fiesta Bowl moment of yesteryear, Gee-Gees receiver Kalem Beaver proposed to his girlfriend on the field post-game.

With the win, uOttawa (4-2) is looking on-track to make the playoffs with Windsor (H) and Western (A) to come; Carleton (2-4) is all but done with McMaster (H) and Laurier (A) ahead of it.

Who’s Hot: Bishop’s with the full-value road win in Antigonish to pull into the driver’s seat in the AUS race for third place. The Gaiters have SMU (H) and Mt. A (A) on the schedule to finish the year, and a win in one of those two games would likely be enough to get BU back to the playoffs for the first time in a full player cycle. Well done, HC Cherif Nicolas and staff.

Who’s Not: Carleton. While it pains me to say it, this is a Ravens team that at 2-4 is all but done in playoff contention and could very well lose out. There are pieces — especially on defence — but 0-6 York is the only OUA school with fewer points than Carleton (124) and that simply isn’t good enough.

For the full U SPORTS schedule, results and standings, click here.