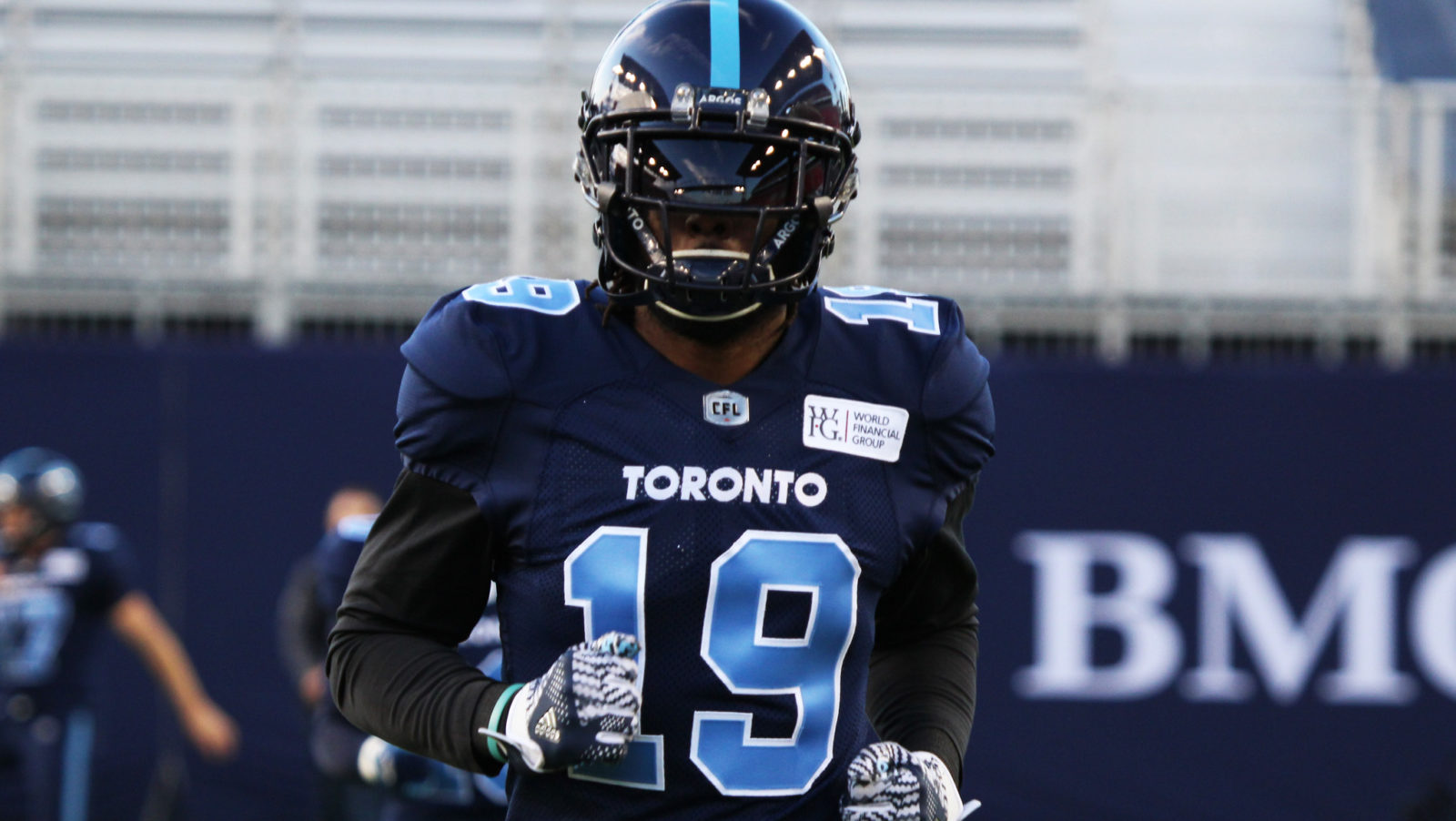 TORONTO — For S.J. Green, the possibility of hitting a major career milestone wasn’t on his mind heading into Friday night’s tilt against the Ottawa REDBLACKS.

For him, it was getting the win, even if his team had already been eliminated from the post-season a week prior.

“We stuck together,” Green told reporters after the contest. “There’s been a lot of ups and downs (this season). The focus this season wasn’t me getting 10,000 yards. It was trying to win games.”

The Argos pass-catcher hit 10,000 receiving yards during the second quarter of his team’s 28-21 victory over the REDBLACKS. He became just the 18th player in CFL history to surpass the 10k mark.

“It means a lot,” Green said of his milestone. “It’s a testament to the teammates that I’ve had around me for the last 13 years.”

The 34-year-old CFL veteran made sure to let the other players wearing double blue know that he was appreciative of those teammates that had helped him along the way to hitting the bench mark.

“His message to the team after the game was that he couldn’t have done it without his teammates throughout the course of his career with the guys that he’s played with,” head coach Corey Chamblin said after Friday night’s contest. “For him to reach a milestone like that and to have guys see it and have a win, that’s huge.

“There’s a lot of young guys in that locker room and a lot of guy’s whose careers are still growing and to see that consistency that you have to have on a game-by-game basis and a day-by-day basis to become one of those Hall of Fame players.”

Green finished the night with a game-high 170 yards on 10 catches and also surpassed 700 catches in his career.

The Argonauts will now shift their focus to start preparing to take on the Montreal Alouettes next weekend.