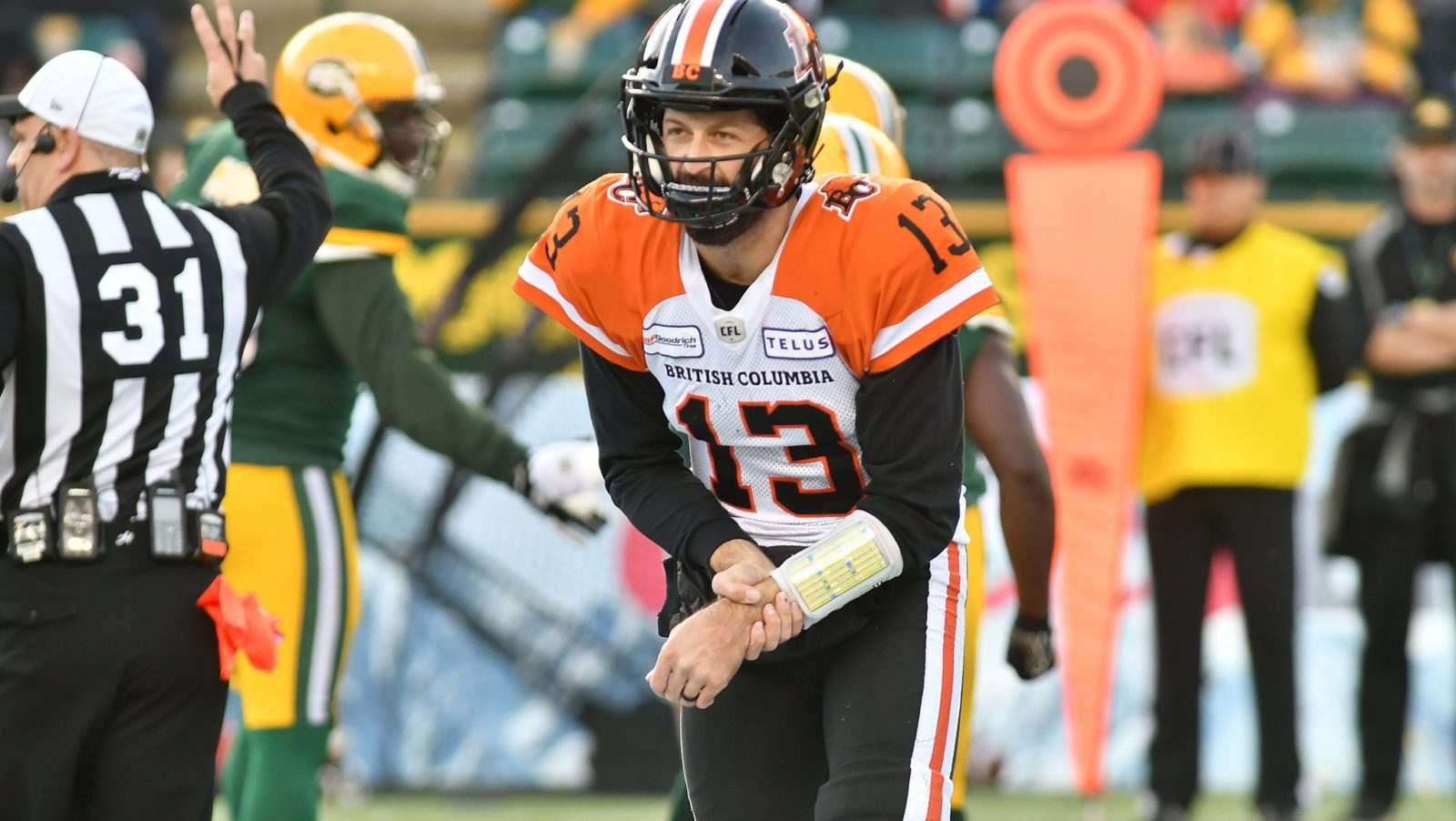 EDMONTON —  BC Lions starting quarterback Mike Reilly left Saturday’s game against the Edmonton Eskimos midway through the first quarter with a suspected broken left wrist. The injury was reported by TSN’s Ryan Rishaug. Reilly was officially ruled out later in the opening half.

Reilly suffered the injury while being taken down by defensive end Kwaku Boateng after throwing a pass. The 34-year-old quarterback completed one of three passes for six yards before exiting.

Backup quarterback Danny O’Brien took over under centre with the Lions down by three.