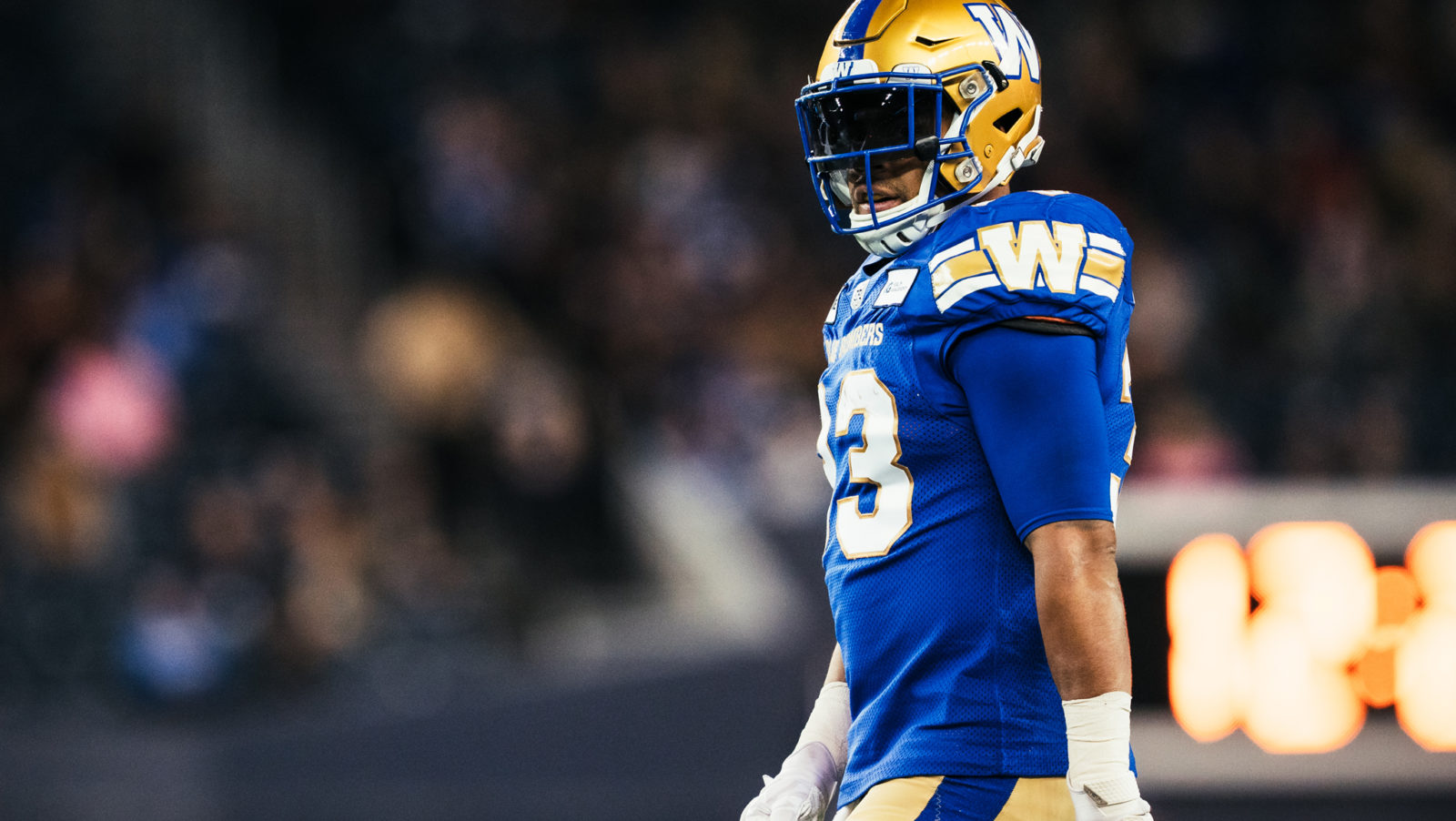 Hello, Dominique Rhymes. I have a little question for you. That question is: How? HOW? On a team that is last in time of possession, that is last in passing efficiency, that is second last in passing yards and completion percentage, you have 1,020 receiving yards. On a team without a steady, bona fide number one quarterback, you’ve done this. HOW?

1. DON’T THINK LOGAN KILGORE CAN BE THE MAN? BITE YOUR TONGUE

Better yet, he’ll bite his.

Trevor Harris’ understudy hasn’t been wowing people with a capital W or anything like that, and he didn’t take a major step forward in Edmonton’s win over the BC Lions on Saturday either. But he did give a few reasons to be optimistic that one is perhaps coming.

First, there’s the tongue thing. Rocked by a big hit early in the game, Kilgore bit his tongue, hard. And thertainly we all know how that feelthz. It hurthz a lot.

“Tough. Tough competitor, man,” Head Coach Jason Maas said afterward, before adding – oblivious of the pun he was about to put in play – “he took a lick.”

“He has part of his tongue missing right now.”

“Everything hurts less when you’re in the play-offs.”
– @logankilgore pic.twitter.com/8sHkOtUslz

You could still see the blood in Kilgore’s mouth as he answered post-game questions. He even stuck his tongue out so we could see the damage, and I really wish he hadn’t done that.

On a day when one of the toughest quarterbacks around, Mike Reilly, had to leave the game due to a broken wrist – that’s what it takes, by the way, to get Mike Reilly off the field, a broken bone – Kilgore showed off an impressive trait for a young QB to have and that is physical and mental toughness.

Beyond that, there were spurts of impressive play. He improvised a shovel pass to running back Shaq Cooper at one point. On another occasion, he escaped an on-rushing Jonathan Newsome, only to have Odell Willis take over the chase. Retreating to his left, then turning back up field, Kilgore twisted his body around and rifled an over-the-middle dart to Greg Ellingson for a first down.

Plenty to be optimistic about, in the development of a young quarterback.

BONUS TAKEAWAY: 17 penalties for 170 yards? the Eskimos still have discipline wrinkles to iron out. Like, an entire laundry truck’s worth.

2. THE STAMPEDERS HAVE THE HAMMER

The defending champs are in a good spot to nail down first place in the West, even though they are locked in a three-way tie. They’ve secured a tiebreaker against the Roughriders by sweeping both games they’ve played against them.

If you’ll allow me some curling parlance, Calgary’s win over Saskatchewan gives them the hammer in the late, even ends. If they use that hammer to advantage, first place will be theirs.

Now, any curler worth their salt knows that even good teams, with hammer, have been known to give up steals in those late ends, and if Calgary falters in these next two games against Winnipeg, they could finish as low as third. And either the Roughriders or Bombers could stake their claim to first.

That’s the thing about having hammer. It only matters that you do if you wield it properly. Because sometimes steals come out of nowhere.

Right now, though, the road to Calgary goes through Calgary.

BONUS TAKEAWAY: Speaking of “the hammer,” that could be a good nickname for Ante Milanovic-Litre.

3. EVERYONE THINKS THAT’S YOUR WEAKNESS? THEN JUST LEAN INTO IT

“The Blue Bombers are too one-dimensional on offence, too predictable.”

A lot of us were thinking that, especially after the Saskatchewan Roughriders stymied the run in a Week 17 victory. How could Winnipeg hope to move the ball if quarterback Chris Streveler couldn’t access the air strike codes?

Maybe the sight of all those snow plows blasting through Winnipeg’s surprise autumn snowstorm provided offensive coordinator Paul LaPolice with some inspiration. Or maybe he’d already decided that going all in on the run was a good idea and that the sight of those plow blades clearing the turf at IG Field was just a sign from the football gods that, indeed, blessed are those that make their own way.

240 rushing yards later, the Blue Bombers had gotten back into the win column against Montreal.

“We got back to being ourselves again,” said running back Andrew Harris, setting a career high with 166 rushing yards, often moving mountains of men during his 24 carries. With Streveler adding 64 more rushing yards, the Bombers decided to go right at the Alouettes in a way that the Als would have been prepared for, and would have done their best to shut down.

There were some design nuances in those runs, certainly. But most of what Winnipeg accomplished along the ground came from brute force and sheer will and you can be sure that that is the identity they’ll stick with in these two gargantuan games upcoming against Calgary.

4. AWESOME AND QUESTIONABLE ARE TWO SIDES OF THE SAME COIN

On Friday night, Toronto Argonauts’ quarterback McLeod Bethel-Thomspon led his team to a 28-21 win over the Ottawa REDBLACKS, throwing for 300 yards and two touchdowns.

However, in the midst of that good performance was a questionable moment, when MBT threw into the end zone, where Ottawa’s DeAndre Farris was the most likely one to come up with the catch. And he probably would have had Toronto receiver Armanti Edwards not done a nice job of converting himself into a defensive back in the moment.

“That’s the difference,” TSN colour commentator Henry Burris said in instantly analyzing Bethel-Thompson’s decision. “You can take the step to be one of the great quarterbacks, or stay as an average quarterback. Decisions that you make during those times.”

I couldn’t help but think of those comments the next day as I watched Montreal’s Vernon Adams – a human rollercoaster of a quarterback if ever there was one – throw an easy interception to Winnipeg’s Nick Taylor and, earlier, spike a ball at his own feet when he saw a penalty flag fly but there was no whistle. This in the same game where he also showed plenty of his usual athletic ability.

Decisions, decisions. they’re what separate the decent from the great.

BONUS TAKEAWAY: Not that we can expect a QB to be perfect in order to be great. I thought about that, too, on Friday night when Bo Levi Mitchell rolled right and threw sharply back the other way, where Saskatchewan’s Nick Marshall may have had time to yell “thank you, Bo,” before he picked and then sixed, 61 yards later.

5. SJ GREEN COULD BE YOUR GPS

The receiving great did it with style on Friday night, making his 700th career catch on a sensational, diving grab. And the catch he made to go over 10,000 yards for his career, although not of the spectacular variety, was a difficult one, as he reached down low towards his fleet feet to snag a 21-yarder.

Prior to that, TSN’s Matthew Scianitti reported that he’d had a quick conversation with Green, telling him he thought the receiver was within 50 yards of the milestone.

Green was even more certain of where he stood, replying that he was exactly 23 yards away from 10k. And he was right.

S.J. Green knows exactly where he is at all times.

BONUS TAKEAWAY: The more you feed him, the more engaged he gets. James Wilder Jr. turned hard to his left in order to truck Ottawa’s Sherrod Baltimore after gaining first down yardage during a fourth quarter run.

AND FINALLY… I’m glad the early chippiness of Friday night’s Saskatchewan/Calgary game got smoothed over as the evening wore on. I was starting to envision the Dickenson brothers clamping each other in full-on headlocks at the Thanksgiving table while their families yelled “Boys… BOYS!”