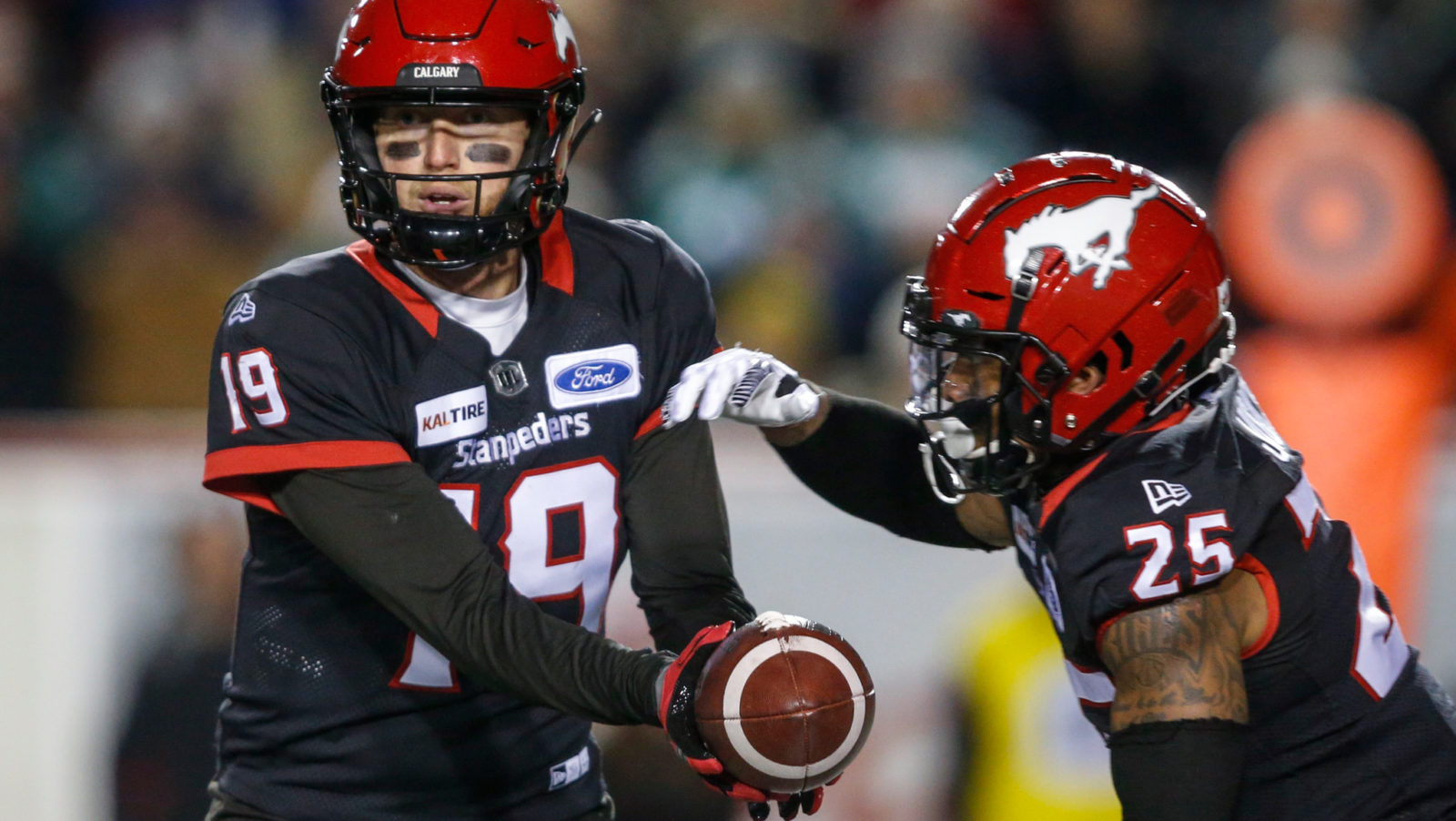 TORONTO — For Bo Levi Mitchell, the hope is that the ending will turn out much better than the beginning.

The Stampeders’ pivot has endured a forgettable season so far, missing seven games due to injury while throwing nearly as many interceptions (9) as touchdowns (11).

But the veteran quarterback, winner of two Grey Cups and two Most Outstanding Player honours in his career, can author his own fate, coming off back to back strong performances while putting his team in position to win the highly contentious West. 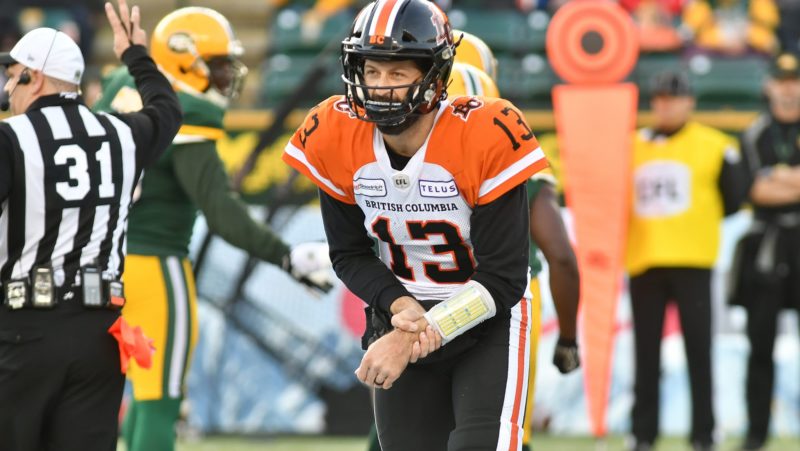 » Cauz: Much to be thankful for on Thanksgiving
» Landry: 5 takeaways from Week 18
» By the Numbers: View 2019 passing leaders

While Bo gets back to MOP form, the idle Dane Evans climbs three spots thanks to an injury and some inconsistent play from the competition.

Elsewhere, Vernon Adams Jr. is trending down after a four-interception game, while Will Arndt and Danny O’Brien are first-time additions to the index.

Finally, Mike Reilly‘s season appears to be over after suffering what’s believed to be a broken wrist vs. the Eskimos.

Bo Levi Mitchell has clearly put his injury woes behind him, completing 75 per cent of his passes and averaging 10.6 yards per attempt his last two games. A well rested and finely tuned Bo is bad news for the rest of the field as the playoffs quickly approach.

Who’s had the bigger breakout, Cody Fajardo, Vernon Adams Jr. or Dane Evans? The latter has certainly stated his case, averaging 10.2 yards per attempt with 11 touchdowns and five interceptions dating back to Labour Day, a span of five starts.

The Stampeders have been Cody Fajardo‘s Kryptonite, holding him to just 62 per cent efficiency and 6.3 yards per attempt in two games. Nevertheless, Fajardo has enjoyed a breakout season at age 27, asserting himself as ‘the next one’ for the Riders.

Vernon Adams Jr. just couldn’t solve the Bombers, throwing a career-high four interceptions in a tough road loss. The Alouettes are slated to host the Eastern Semi-Final, and Adams’ success this season is a big reason why.

Chris Streveler and Andrew Harris combined for 230 rushing yards in a win over Montreal. Streveler is 3-4 as a starter this season, averaging 193 passing yards over the span of seven games — but his strong arm and ability to run make him a threat.

McLeod Bethel-Thompson restored order to the Argos’ offence, throwing for 300 yards in a win over the REDBLACKS. He’s quietly put together a strong season for the Double Blue, and should earn a chance to start somewhere in 2020.

Logan Kilgore played the role of game manager vs. the Lions, leaning on Greg Ellingson on the way to a 19-6 win over the BC Lions. Still, it’s hard to envision the Eskimos advancing in the post-season without Trevor Harris behind centre.

WILL ARNDT OTT
THIS WEEK: 8 | LAST WEEK: NOT RANKED

Despite throwing three interceptions, Will Arndt kept the offence moving against the Argos, finding the end zone twice while racking up 288 yards. The Western Connecticut product is a story to watch over the final month of the season.

DANNY O’BRIEN BC
THIS WEEK: 9 | LAST WEEK: NOT RANKED

Danny O’Brien struggled in relief of Mike Reilly, averaging 4.5 yards per attempt while failing to find the end zone. It’s no surprise the Lions struggled without Reilly behind centre, as their playoff aspirations officially come to an end.