Campbell: REDBLACKS’ Arndt to get another start 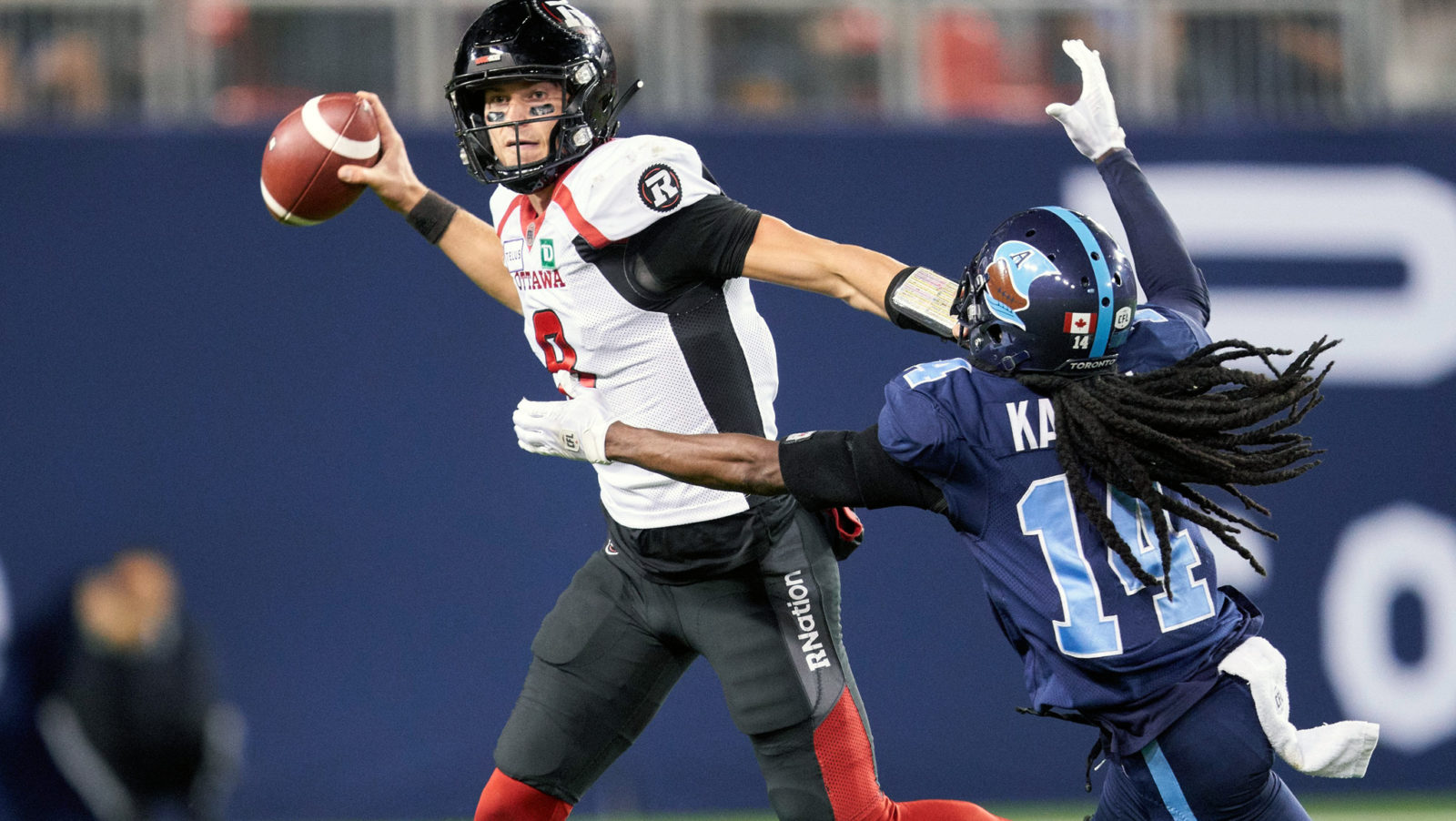 Campbell: REDBLACKS’ Arndt to get another start

Arndt made his first career start on Oct. 11, throwing for 288 yards, two touchdowns and three interceptions in a 28-21 loss to the Toronto Argonauts at BMO Field.

“We’ll start him again this week, give him another shot at it,” said Campbell. “Dominique Davis is still recovering from his injury but it’s coming around, which is good to see. But we’ll let Will have at it again and see how it goes.”

The entire interview can be heard via TSN 1200.

RELATED
» MMQB: Argos face crucial off-season questions
» Cauz: Lots to be thankful for in the CFL
» Power Rankings: The pursuit of home field

Arndt, a 26-year-old out of Western Connecticut State, has quite the back story. The 6-foot-5, 215-pound quarterback has defied the odds as a quarterback out of a Division III school, putting himself on the CFL radar in 2016 after leading the Alberta Football League’s Fort McMurray Monarchs to a championship.

He didn’t look out of place in his first taste of the pros, throwing touchdown passes to RJ Harris and Dominique Rhymes and showing leadership in the huddle.

“He shows a lot of promise,” Campbell said. “He played about how I thought he would play. He wanted a couple of throws back but I thought he had a lot of poise. I like his demeanour, just when you talk to him during timeouts he’s very steady and focused on the game.

“Most importantly, just from our offensive players in the huddle, I think they were really comfortable with him and they believed he could get the job done and that’s the most important thing for the quarterback, he’s got to have the belief from the team that he can get it done.”

The REDBLACKS are 3-12 and have officially been eliminated from post-season contention. However, there’s still a lot riding on these final three games, as players and coaches hope to make a strong impression for 2020.

Things haven’t gone according to plan this season, but Campbell is quick to point out that the players have handled the adversity quite well.

“You learn a lot about yourself and other people when you’re dealing with adversity,” said Campbell. “It’s way easier when things are going well to behave right and do all those things.

“I’ll give our players credit for how they conduct themselves. You find about who your leaders are, people who don’t blame and point fingers, who keeps working. Our guys have been doing that so I definitely appreciate it.

“These next three to five weeks, a lot of stuff needs to be decided but for right now we have three games left and we need to make sure we’re putting our best foot forward.”