Dickenson: We definitely need to play our best to beat Lions 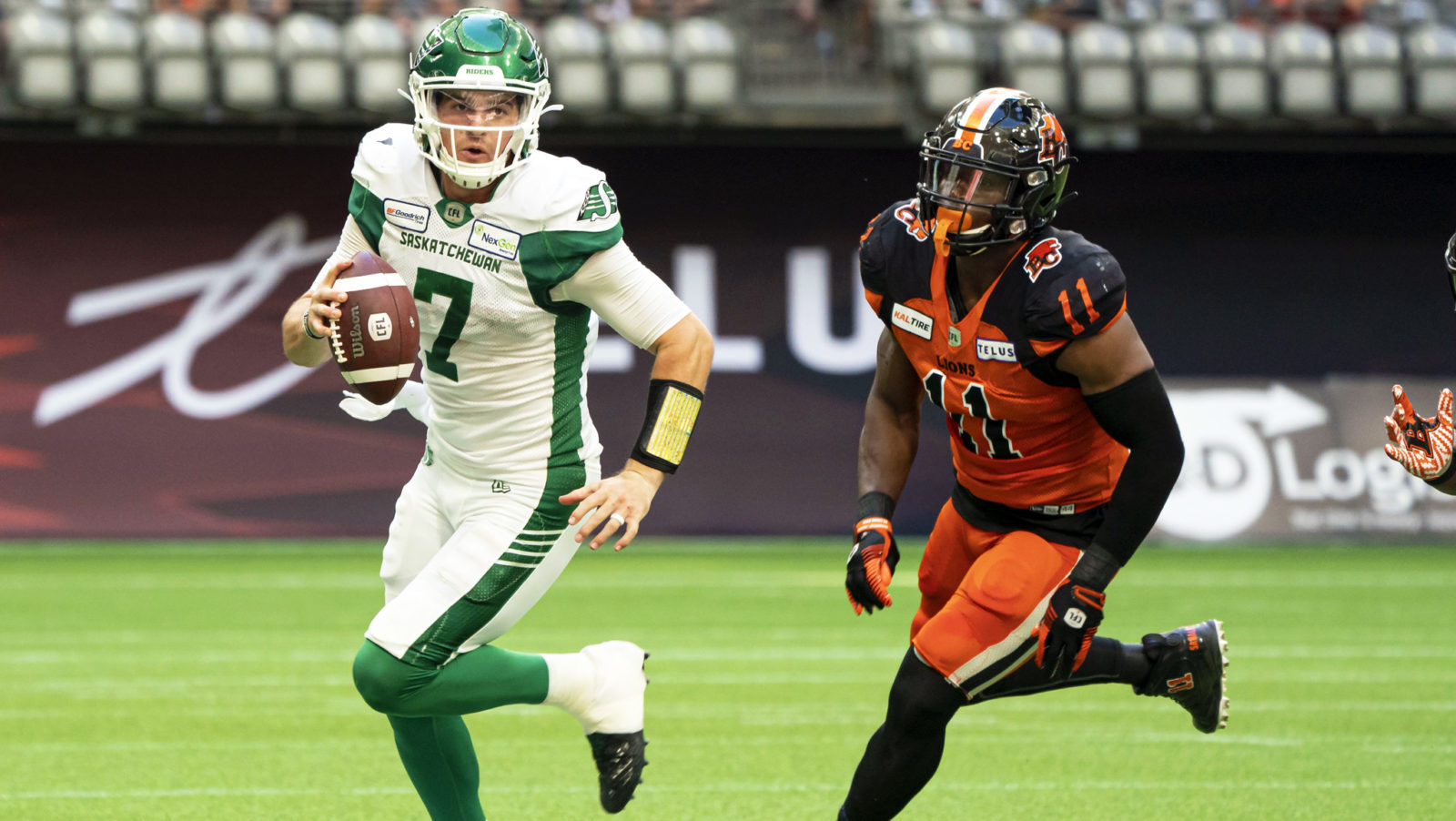 Dickenson: We definitely need to play our best to beat Lions

REGINA — The Saskatchewan Roughriders are coming into their Week 19 matchup with the BC Lions on the heels of a road loss at the hands of the Calgary Stampeders.

Despite already holding down a playoff spot, there’s still some shuffling that can happen in the standings between now and the end of the campaign, and quarterback Cody Fajardo knows the team can’t take their foot off the gas down the stretch.

“Our mindset doesn’t change. We’ve still got to win out,” he said to Riderville.com. “We know we’ve got a big game this week against BC and back-to-back road games before we play in front of our crowd. So for us, all we can do is win games and hope that Winnipeg helps us out. We can’t say ‘I hope this happens,’ and then we lose a game.”

RELATED
» Cauz: There’s so much to be thankful for in the CFL
» Steinberg’s MMQB: Argos face crucial off-season questions
» Landry’s 5 takeaways from Week 18

In a matchup between the top two seeds in the West in Week 18, the Stampeders pulled out the 30-28 victory in front of their home faithful. It was a play from the first possession of the game that Fajardo remembers vividly from the game. He had a chance to hit Shaq Evans on a 40-yard toss just outside the end zone to open the contest. The ball was incomplete and the Riders came out with a single after a Jon Ryan punt.

“That’s just one of those things where you miss by inches,” Fajardo said. “Football is a game of inches and obviously I wish we would’ve connected but the offence did a great job of rallying with our backs against the wall — we were down two possessions — finding a way to drive the field, keeping our defence rested on the sideline, and finding ways to get points.”

Fajardo finished the game with 209 yards and a touchdown while completing 62 percent of his passes while adding 67 rushing yards on 10 carries. William Powell had 84 all-purpose yards and touchdowns on the ground and in the air, Naaman Roosevelt had five receptions for 60 yards, and Cory Watson caught six passes for 54 yards.

Saskatchewan headed into the fourth quarter down 11, and despite outscoring the Stamps 10-3 in the final frame, it wasn’t enough to get over the line in the end.

Week 19 also saw Lions quarterback Mike Reilly go down with what is a suspected wrist injury against the Edmonton Eskimos. He was the last starting quarterback standing through 18 weeks, as every other starter had missed time due to injury. Now, Fajardo is the man who has been able to stay on the field the longest this season.

Fajardo currently sits second in rushing among quarterback behind only Winnipeg’s Chris Streveler. He’s compiled 100 rushes for 590 yards and three touchdowns through 15 games this season. Despite all the injuries to quarterbacks this season, he’s not planning on making any adjustments to how he plays the game.

“I’m never going to change. I’m always going to go at 110 percent every single play and I’m always going to get yelled at by my teammates and by my coaches,” Fajardo said. “There’s times where I’m going to try and be smarter but this is becoming playoff football, and for me, I’m just going to lay my body on the line because I never know when my last play is going to be.

“So I’m just going to go out there, play every play like it’s my last, and whatever happens happens.” 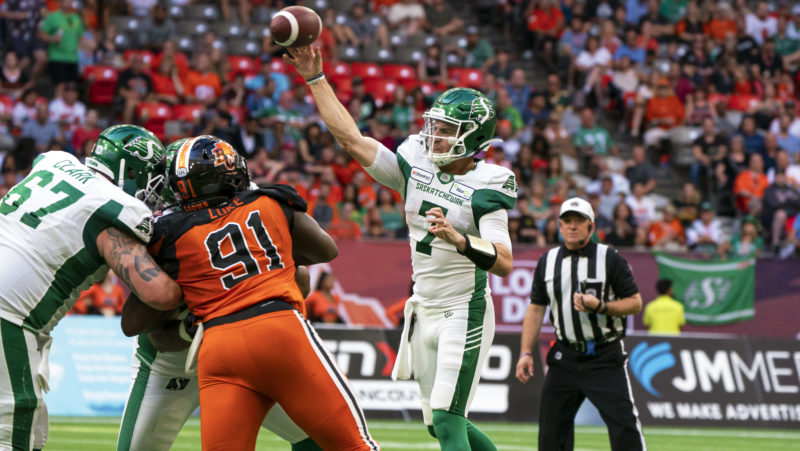 Saskatchewan Roughriders quarterback Cody Fajardo stands in the pocket and delivers a ball against the BC Lions (Richard Lam/CFL.ca)

Saskatchewan has gotten the best of BC so far in the season series, taking the first two games in Weeks 6 and 7, respectively, while outscoring the Lions 93-43. This game will be the last time the two West Division foes see one another this year, and it’ll likely be Danny O’Brien under centre for the Leos in this game.

The Lions were eliminated from playoff contention with their loss to the Esks in Week 18. But both Fajardo and head coach Craig Dickenson know that teams that have nothing to lose usually pose some of the most difficult opponents near the end of a season.

“Teams like that are dangerous though because they’ve got nothing to lose,” Dickenson said. “I’ve been on teams like that where we’ve played our best ball at the end when we knew we weren’t in the playoffs and we just wanted to play hard and have fun. I think they’re going to give us a spirited game and they’re definitely going to be a worthy opponent.

“We definitely need to play our best to beat them.”