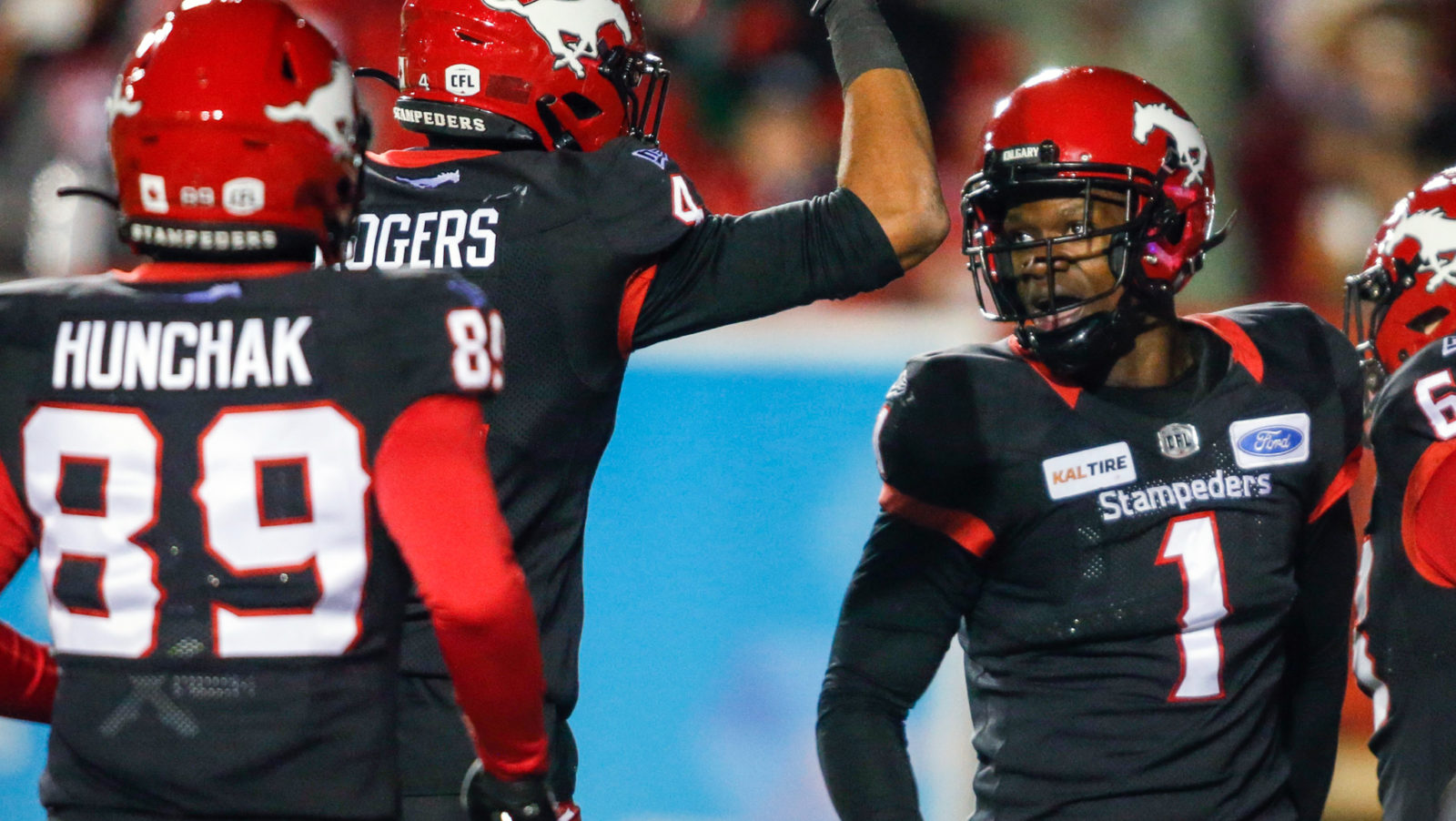 TORONTO — Home field advantage could make the difference in the three-way race for the West.

The Calgary Stampeders are 6-2 this season at McMahon Stadium, which will host the 107th Grey Cup presented by Shaw. Saskatchewan and Winnipeg have been even better on home turf, compiling near-perfect 7-1 records in front of their home fans.

For the Grey Cup hosts — who defended their turf in a win over the Riders in Week 18, putting themselves in the driver’s seat for the West — winning a division title would mean two home games in late November for a chance to win it all.

With three teams tied at 10 wins apiece, the wild, wild West is living up to its billing. More in the Nissan Titan Power Rankings.

The last time a team in the East was this dominant? 2009, when the Montreal Alouettes finished 15-3. Dane Evans isn’t quite Anthony Calvillo, but the Ticats have enough talent and coaching on both sides of the ball to bring a Grey Cup to Hamilton.

Bo Levi Mitchell is regaining his form, but the Stamps need more from their ground game, which ranks second-last in the league with 78 yards per game. The Stampeders control their own destiny, but an upcoming home and home with Winnipeg won’t be easy.

Cody Fajardo couldn’t figure out the Stamps for the second time this season. Still, with three winnable games to close out the season, the Riders should put some pressure on Calgary in the race to win the West. Whatever the case, a home playoff game is a must.

It was all good for Winnipeg in Week 18, with four interceptions on defence, 166 rushing yards by Andrew Harris and the emergence of a new receiver in Rasheed Bailey. A home and home with Calgary awaits as the pursuit of a home playoff game continues.

The Als’ defence looks to regroup after giving up 240 rushing yards to the Bombers. First year defensive coordinator Bob Slowik will need his group to improve if the Alouettes are going to make some noise in the post-season. The offence is certainly good enough.

The Esks are back in the post-season after a gritty performance by their backup quarterback — but with Trevor Harris out indefinitely, just how far can Logan Kilgore lead the Eskimos’ offence? They’ll hope for some good news over the bye week.

It was more of a whimper from the Lions on Saturday, when Mike Reilly suffered a season ending injury while playoff hopes were officially extinguished. Credit to DeVone Claybrooks, whose team fought back from a 1-10 start for some much-needed momentum toward 2020.

It may have been against Ottawa, but the Argos looked like a much different team with McLeod Bethel-Thompson behind centre. An off-season of uncertainty awaits, but a strong final month would provide optimism for a new-look regime led by Pinball.

William Arndt made the most of his first career start, showing chemistry with RJ Harris and Dominique Rhymes in a loss to the Argos. It’s been a long season in the nation’s capital, but it’s time to start thinking about next year with three games left on the schedule.