U Sports Top 10: Thanksgiving weekend not kind to top-10 teams 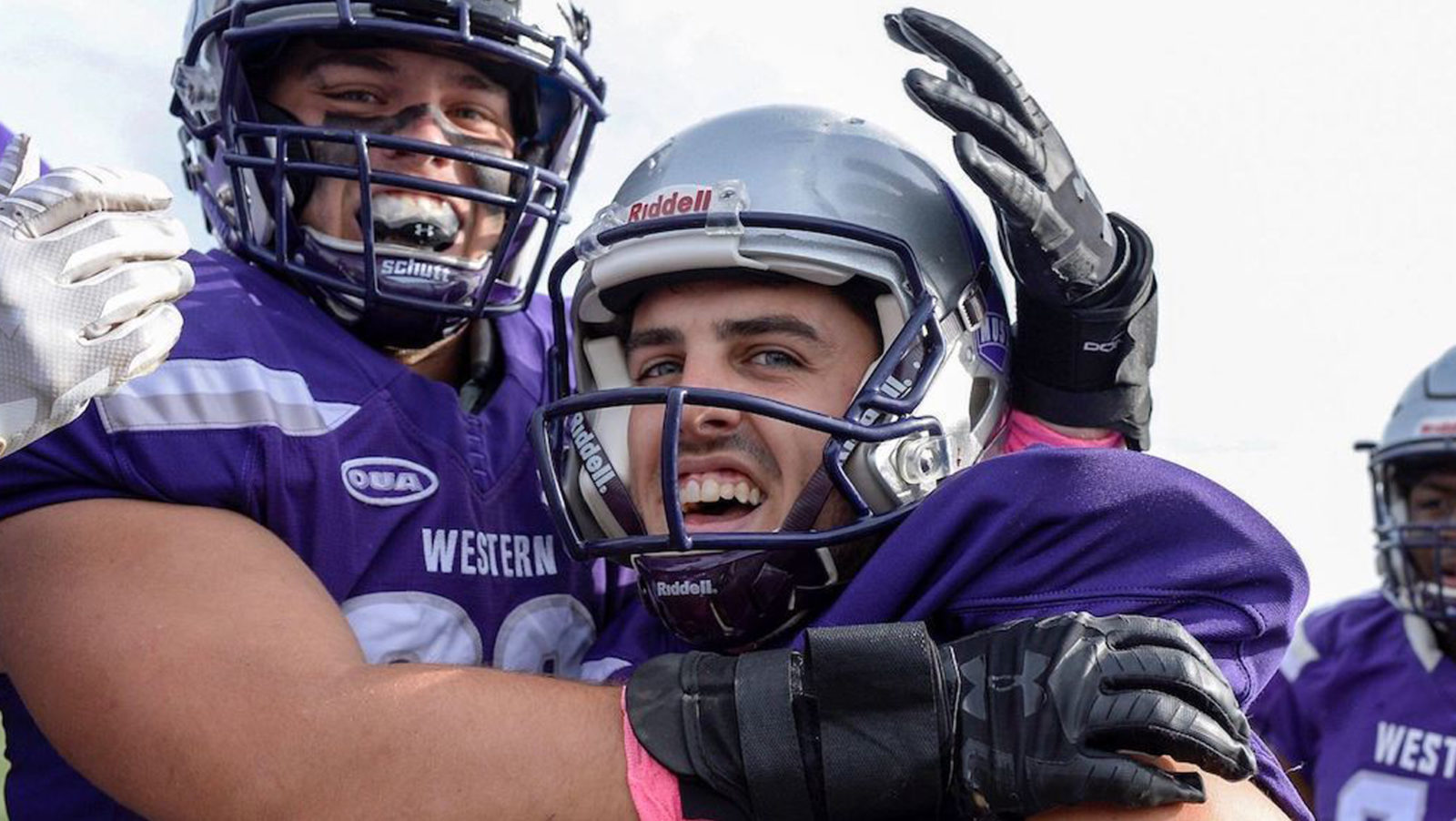 U Sports Top 10: Thanksgiving weekend not kind to top-10 teams

For the fifth consecutive Tuesday, the Western Mustangs are the team to beat in U SPORTS football but there is a lot of movement behind the reigning OUA champions in this week’s national rankings following a series of upsets on Thanksgiving weekend.

Fresh off a late-season break in their OUA schedule, the Mustangs (7-0) received 12 out of a possible 14 first-place votes and 207 points from the Football Reporters of Canada panel in the eighth poll of the campaign, good for 417 total points when combined with the statistical calculation by the ELO Rating System.

The remaining first-place nods went to the defending Vanier Cup champion Laval Rouge et Or (5-1), who collected 389 points to move up to No. 2 after five straight weeks in third place.

The previously undefeated Montreal Carabins (6-1 / 297 points) drop three spots to No. 5 following a stunning upset loss at the hands of 2-4 Sherbrooke. The McMaster Marauders (5-2 / 200) slide two positions to No. 9 after being downed by 3-4 Carleton. The Waterloo Warriors (4-3) drop out of the top 10 entirely following an overtime defeat against the Wilfrid Laurier Golden Hawks (4-3 / 167), who returns to the rankings for the first time in six weeks, at No. 10.

In addition to top-ranked Western, all Canada West teams were off this past weekend as they enjoyed their traditional conference-wide Thanksgiving pause.

Laval and Montreal are heading in opposite directions going into their second head-to-head showdown of the season, Sunday at Quebec City (1 p.m. ET/10 a.m. PT, TVA Sports).

Since a 23-18 loss at Montreal in the first confrontation of 2019, on Sept. 14, the Rouge et Or have outscored their opponents 150-20 on their way to three straight wins. On Saturday, they dominated McGill 39-3, thanks in part to a pair of touchdowns on special teams.

Meanwhile, the Carabins followed last month’s triumph over Laval with a tight 20-17 win against Concordia, a 21-3 decision over McGill and, on Saturday, a 23-15 loss at Sherbrooke, their first since 2015 against an RSEQ rival other than the Rouge et Or.

Montreal wasn’t the only contender to suffer a setback over Thanksgiving weekend.

Friday afternoon in the nation’s capital, McMaster missed a golden opportunity to take the lead in the race for second place in the OUA. Despite a valiant effort in the second half, the Marauders couldn’t come back from a 29-13 halftime deficit and lost 35-30 to a Carleton team desperate to keep its playoff hopes alive.

Also in the OUA, last Thursday, the Battle of Waterloo saw the Golden Hawks and Warriors combine for 1,154 of total offence as Laurier finally prevailed 53-50 after the third OT shootout session.

In the AUS, undefeated Acadia clinched first place in the conference standings thanks to a convincing 44-25 win over visiting StFX. Wide receiver Glodin Mulali had the home crowd on its feet in the second quarter with a spectacular 111-yard score on a kickoff return.

The U SPORTS schedule is back to a full 12-game slate this weekend as the regular season comes to an end in the OUA, one week earlier than in the other conferences.

In addition to Sunday’s Montreal-Laval clash, a top 10 matchup is set for Saturday afternoon in London, where Western closes out its league schedule against Ottawa (1 p.m. ET/10 a.m. PT, live on OUA TV & tape-delayed on Rogers TV).

The top-ranked Mustangs, who have already secured first place in the standings, are undefeated in 27 straight games overall against OUA opponents dating back to the 2016 Yates Cup final and in 29 straight in regular season action dating back to Week 2 of the same campaign.

In Canada West, where first place is still very much up for grabs, conference leader Calgary visits Manitoba (3-3), Saskatchewan travels to Vancouver to face UBC (1-5) and Alberta (4-2) hosts Regina (1-5), all on Saturday afternoon.