Checking Down: News and notes from Week 19 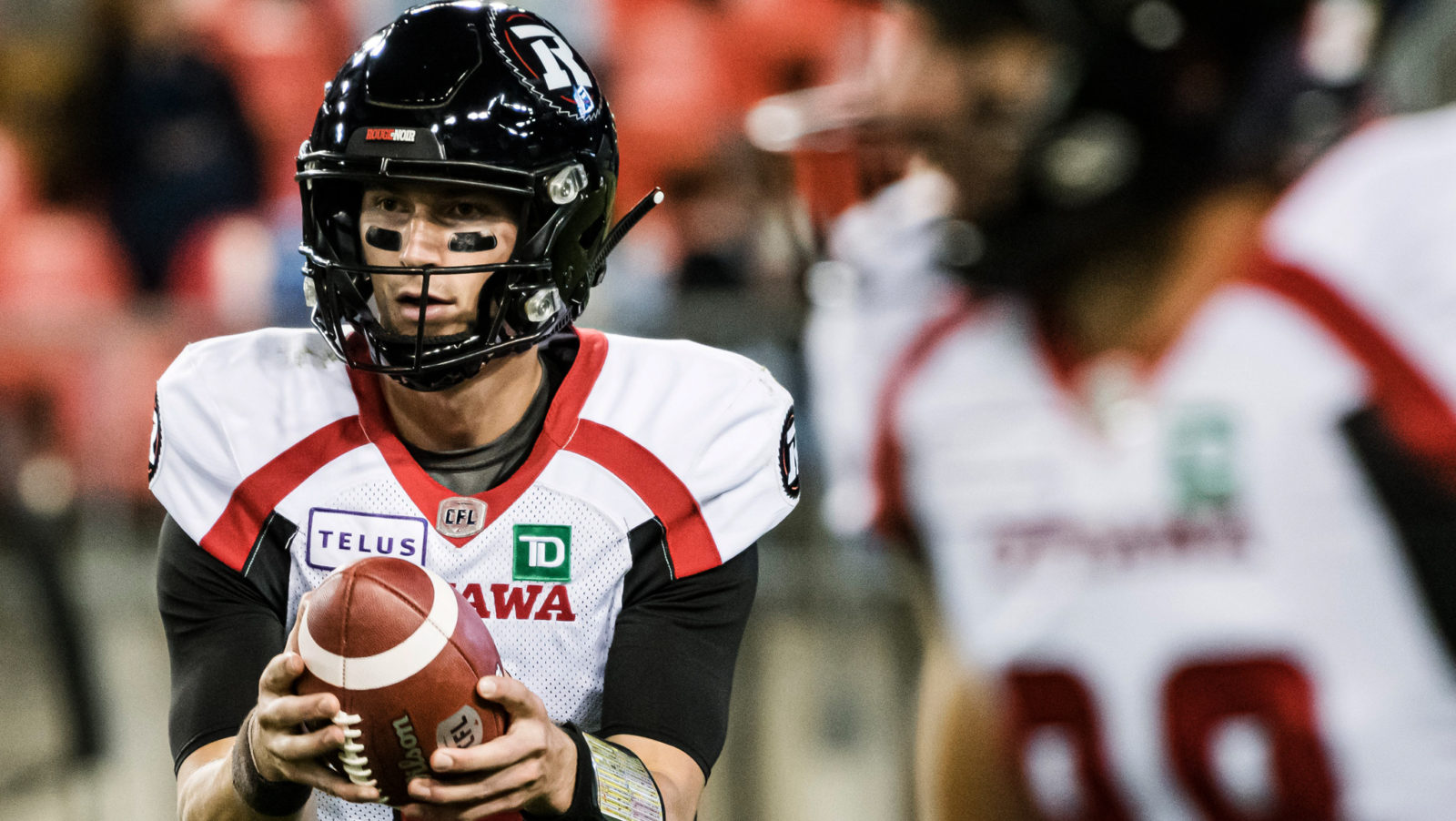 Checking Down: News and notes from Week 19

TORONTO — Will Arndt will get his second consecutive start this weekend for the REDBLACKS.

Canadian QB Brandon Bridge has found a new home in BC.

In his first game with the Stampeders, linebacker Marcus Ball suffered a torn ACL and is out for the season.

Plus, Zach Collaros is settling in nicely in Winnipeg with the Blue Bombers.

The latest news and notes from Week 19 in this week’s Checking Down:

– Quarterback Mike Reilly will miss the rest of the season following surgery to repair a fractured wrist (CFL.ca).

– Without Mike Reilly, it’s Danny O’Brien’s team for the rest of the year and he’s ready to assume the starting role for the Lions (Matt Baker, BCLions.com). 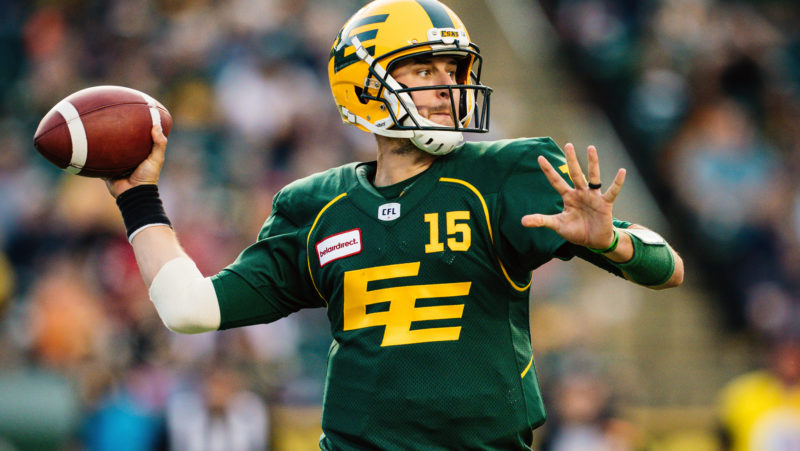 Despite his team losing, Logan Kilgore was on target in Week 18 (Johany Jutras/CFL.ca)

– Esks quaterback Logan Kilgore was one of the most accurate passers in Week 18. More in this week’s Accuracy Grades (Marshall Ferguson, CFL.ca).

– It’s always been a grind for Chris Presson and it hasn’t stopped for him now as the Edmonton Eskimos’ president (Chris O’Leary, CFL.ca). 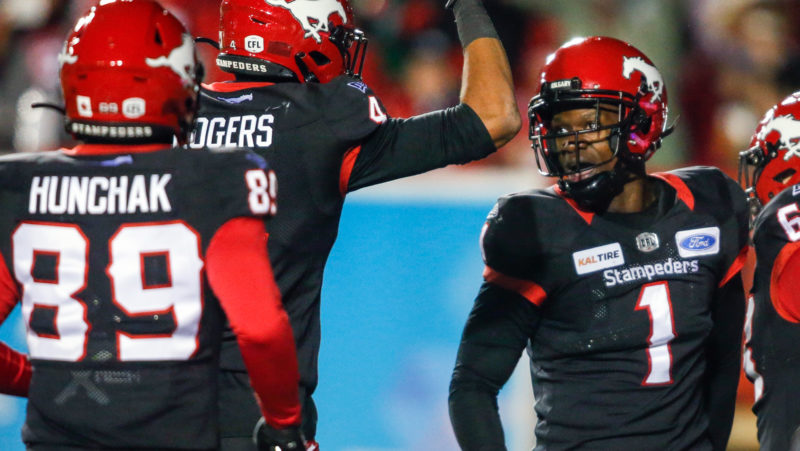 – Is Bo Levi Mitchell heating up at just the right time? More in this week’s Rockstar QB Index (CFL.ca).

– Linebacker Marcus Ball is out for the rest of the season with a torn ACL, the team confirmed on Tuesday (Danny Austin, Calgary Sun).

– Tre Roberson did not practice on Tuesday and head coach Dave Dickenson had no update on the defensive back (Danny Austin, Calgary Sun).

– Young Canadians, including Ante Milanovic-Litre, Herdy Mayala and Royce Metchie, have all stepped up for the Stampeders over the past few weeks (Danny Austin, Calgary Sun).

– The Roughriders aren’t taking the recently eliminated BC Lions lightly heading into their Week 19 matchup (CFL.ca).

– Shaq Evans has become a staple of the Saskatchewan Roughriders’ offence this season and he’s confident he’s one of the best receivers in the game right now (CFL.ca).

– Receiver Kenny Stafford remains upbeat despite the fact that he’s expected to sit out of his ninth straight game against the BC Lions (Greg Harder, Regina Leader-Post).

– Saskatchewan will have Cameron Judge back in the lineup this weekend against BC (SportsCage, 620CKRM). 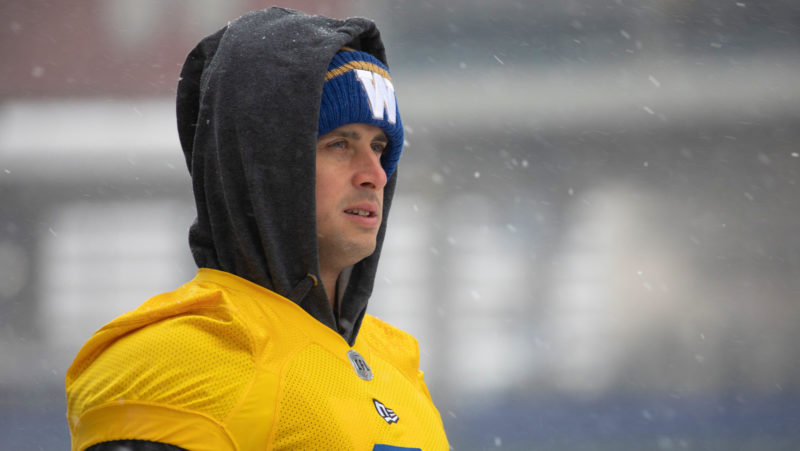 Collaros is starting to feel at home with his new team in Winnipeg (BlueBombers.com)

– Zach Collaros is settling into life with the Winnipeg Blue Bombers, his third team this season, and he’s ready to help his new team in any way he can (Ed Tait, BlueBombers.com).

– Collaros took full-speed reps for the first time since Week 1 on Tuesday and says he feels good and is ready to play (Darrin Bauming, TSN1290).

– With their win over the Montreal Alouettes last week, the Blue Bombers felt like they got their identity back (Ed Tait, BlueBombers.com).

– Andrew Harris had a monster game in Week 18, amassing 24 carries for a career-high 166 yards and a touchdown and was named a Top Performer (CFL.ca). 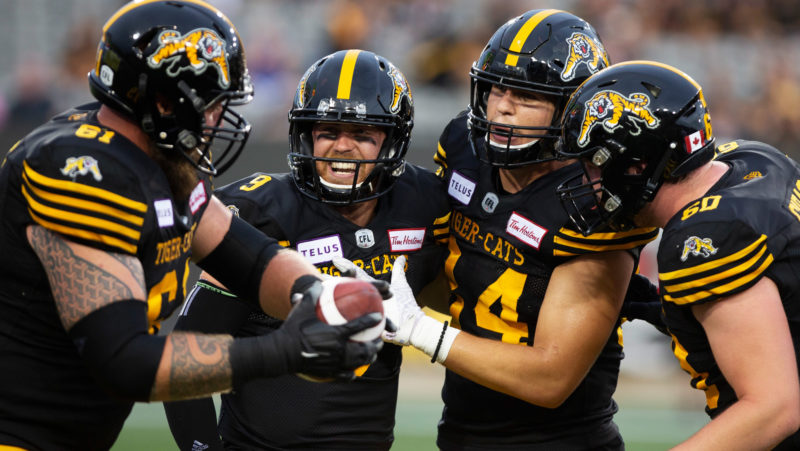 – For the Ticats, the focus remains on November, but winning a franchise-high 13th regular season game would be an incredible accomplishment (Chris O’Leary, CFL.ca).

– They’ve clinched the East Division but that doesn’t mean the Hamilton Tiger-Cats are taking their foot off the gas in their last three games of the season (Steve Milton, The Hamilton Spectator). 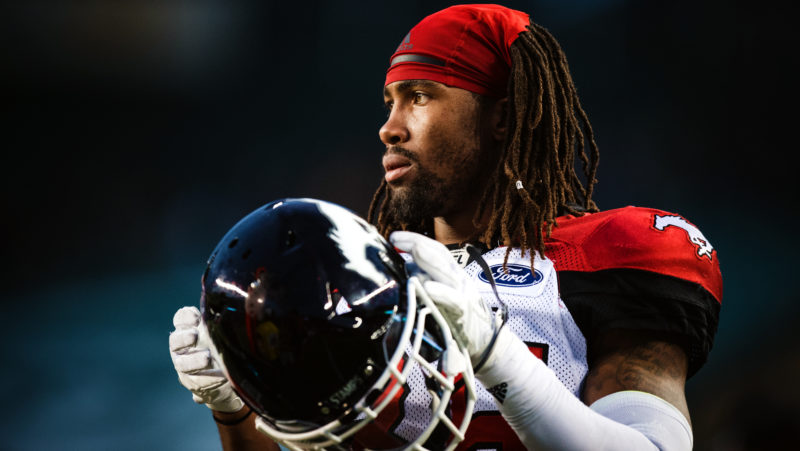 The Argos have added Shaq Richardson to the team’s practice roster (Johany Jutras/CFL.ca)

– The Toronto Argonauts have signed defensive back Shaquille Richardson to the team’s practice roster (CFL.ca).

– It’s expected that McLeod Bethel-Thompson will start for the Argos this week but Dakota Prukop and Michael O’Connor are both likely going to see playing time (Frank Zicarelli, Toronto Sun).

– After hitting a major career milestone in Week 18, receiver S.J. Green was named the CFL’s Shaw Top Performer of the week (CFL.ca). 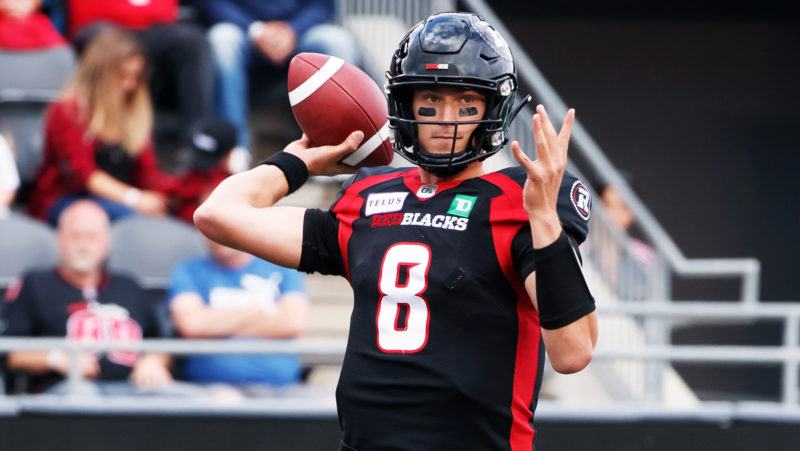 Arndt will get his second-straight start this week for Ottawa (Freestyle/OttawaREDBLACKS.com)

– Dominique Rhymes surpassed 1,000 yards on the season for the first time in his career but it’s been tough for him to enjoy his success when his team is losing (TSN1200). 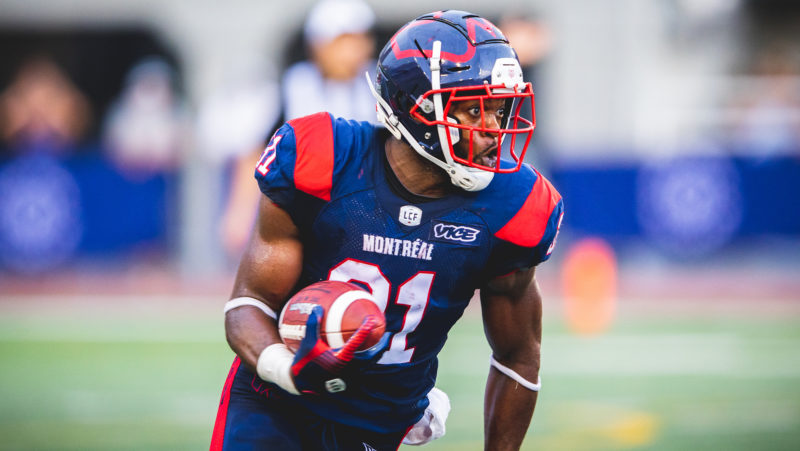 – Returner Mario Alford has two return touchdowns in the last two weeks and he’s confident he can turn every kick into a major score (Herb Zurkowsky, Montreal Gazette).

– In roster news, the Alouettes added American defensive back Jermaine Ponder to the team’s practice roster on Tuesday (MontrealAlouettes.com).

– Both William Stanback and Jeremiah Johnson were practicing with the first-team offence on Wednesday (Matthew Scianitti, TSN).