Start vs. Sit: Give the Riders’ defence a shot 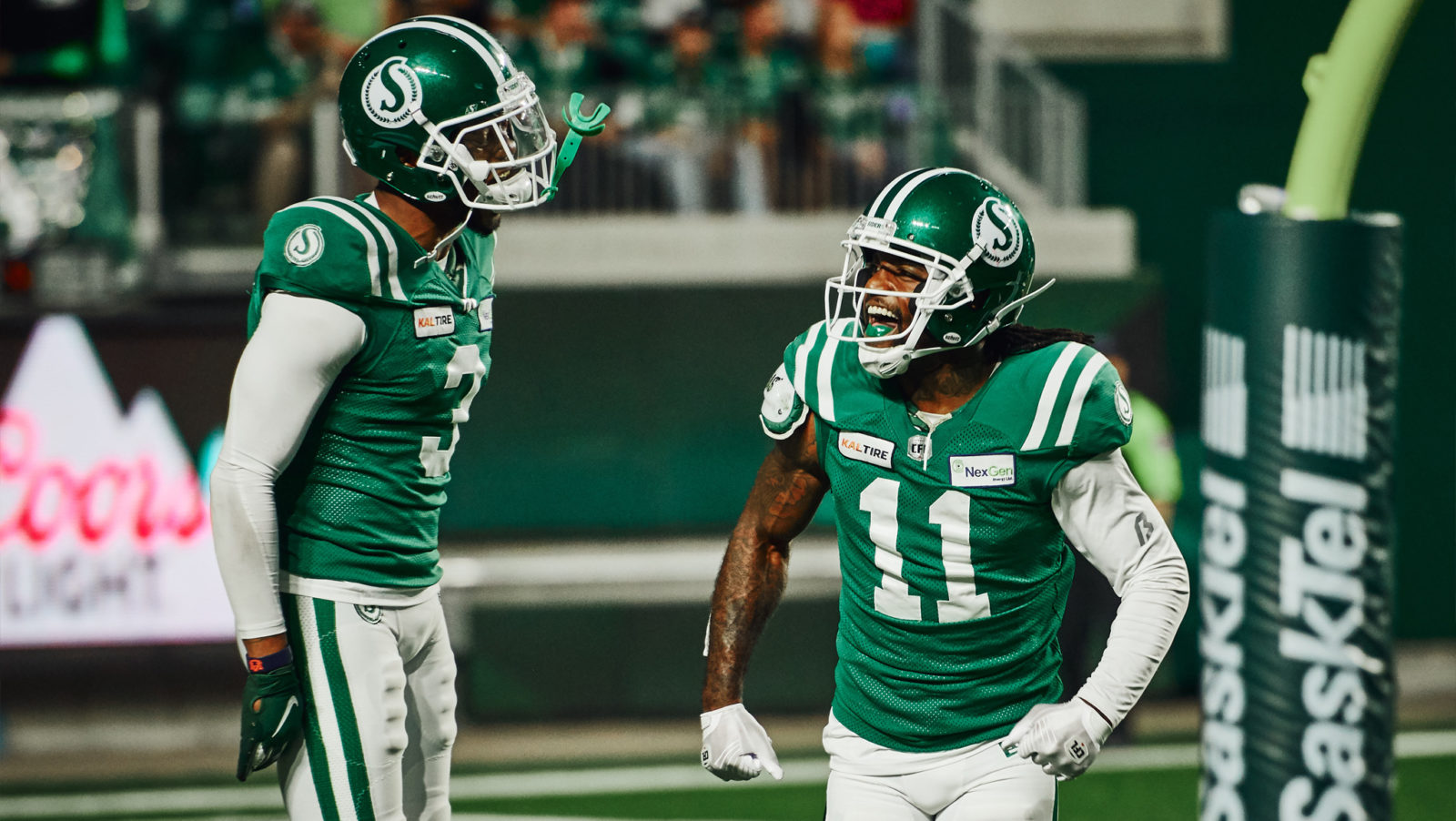 Start vs. Sit: Give the Riders’ defence a shot

Week 19 of TSN CFL Fantasy Football Presented by Leo Vegas means it’s time for Fantasy users to get creative. With only three weeks left in the regular season, those competing for league titles have no reason to prepare an end zone celebration.

The Fantasy user who awakens on Sunday morning will be the one who knew who to start and who to sit. That Fantasy user read the following and heeded the words wisely.

Bray has quietly become a dependable Fantasy receiver, having produced at least 10.2 Fantasy points via his pass-catching in six of his last seven games, including a 20.9 effort in last week’s loss to the Blue Bombers. He’s put up at least 73 yards in three of his last five, with games of 99 and 91 in that span. Considering the Argos allow 7.1 yards per play, don’t be shocked if Bray gets a touch on a run or two. Bray has had success against the Argos, having caught five passes for 91 yards and a score in the Week 11 win. If the league’s two worst defences in yards per play allowed live up to expectations, Bray will put up mammoth numbers.

The rise of Bray has come at a cost of Posey, especially in the past three games where Posey managed just seven receptions for only 71 yards. The presence of rookie Jake Wieneke ($4,127) and the return of running back William Stanback ($7,397) further nudges out Posey, who has just two touchdowns this season. Eugene Lewis ($7,896) will get the majority of targets from pivot Vernon Adams Jr. ($10,928), who will seek to rebound from last week’s four-interception fiasco against Winnipeg. That’s a lot of targets in front of Posey.

New Lions starting pivot Danny O’Brien ($5,000) passed for only 103 yards after replacing the injured Mike Reilly in last week’s loss at the Eskimos. The road is tougher this week, as O’Brien must face a Saskatchewan defence that has recorded 11 sacks, five interceptions and two forced fumbles in their last three games. The Riders are second in yardage allowed per game and yards per play, making the choice of any Lions a risky proposition.

O’Brien should be better than his 103 passing yards, but there’s no reason to roll the dice in hopes that he will. Even Burnham ($10,942) is a considerable risk, as he did have only two catches for 29 yards last week. This could shape up to be a game where the Lions lean heavily on running back John White ($7,960), who is just 78 yards away from 1,000 yards.

He’s found his stride. Over the past five games, Evans has averaged 354.8 passing yards along with tossing 12 touchdown passes and adding another on the ground. It’s hard to envision the REDBLACKS  — who have lost eight straight — being able to slow down Evans, who tossed for 300 yards and a score against Ottawa in Week 10. Only the Argonauts have allowed more touchdowns than the REDBLACKS have allowed, and if Evans gets into an early groove, the 46 majors given up by Ottawa will increase sharply.(CFL

Two reasons why Sutton is here. 1) Evans has a monster afternoon passing afternoon and makes the Hamilton running game a non-factor. Or 2) the Ticats return to a committee approach to its ground game, meaning that Sutton will see limited touches. It’s hard to be down on a back who ran for 88 yards on 11 carries against the Eskimos two weeks ago, but we have seen the Tiger-Cats throw Fantasy users a curve more than once this season.

Last week’s two-touchdown performance felt like a breakout game for Mayala, who has seen his role increased over the past three weeks with 13 receptions and 222 yards, The Blue Bombers will have their hands full with Reggie Begelton ($11,274) and Eric Rogers ($7,981), whose recent play has opened the door for Bo Levi Mitchell ($9,549) to get Mayala, the team’s first pick in this year’s draft, more involved in a Calgary passing game that needs to find is explosive side. The Stamps have completed a league-low 15 passes of better than 30 yards.

Save for his 109-yard outing against the Roughriders in Week 17, Adams’ return from the Injured List has produced few highlights. With the inconsistent play of pivot Chris Streveler ($9,335), Adams and the rest of the Blue Bombers receiving corps have become a grab bag that has seen various pass-catchers lead the team every week. Adams is still capable of making a big play, but they have been few and far in between.