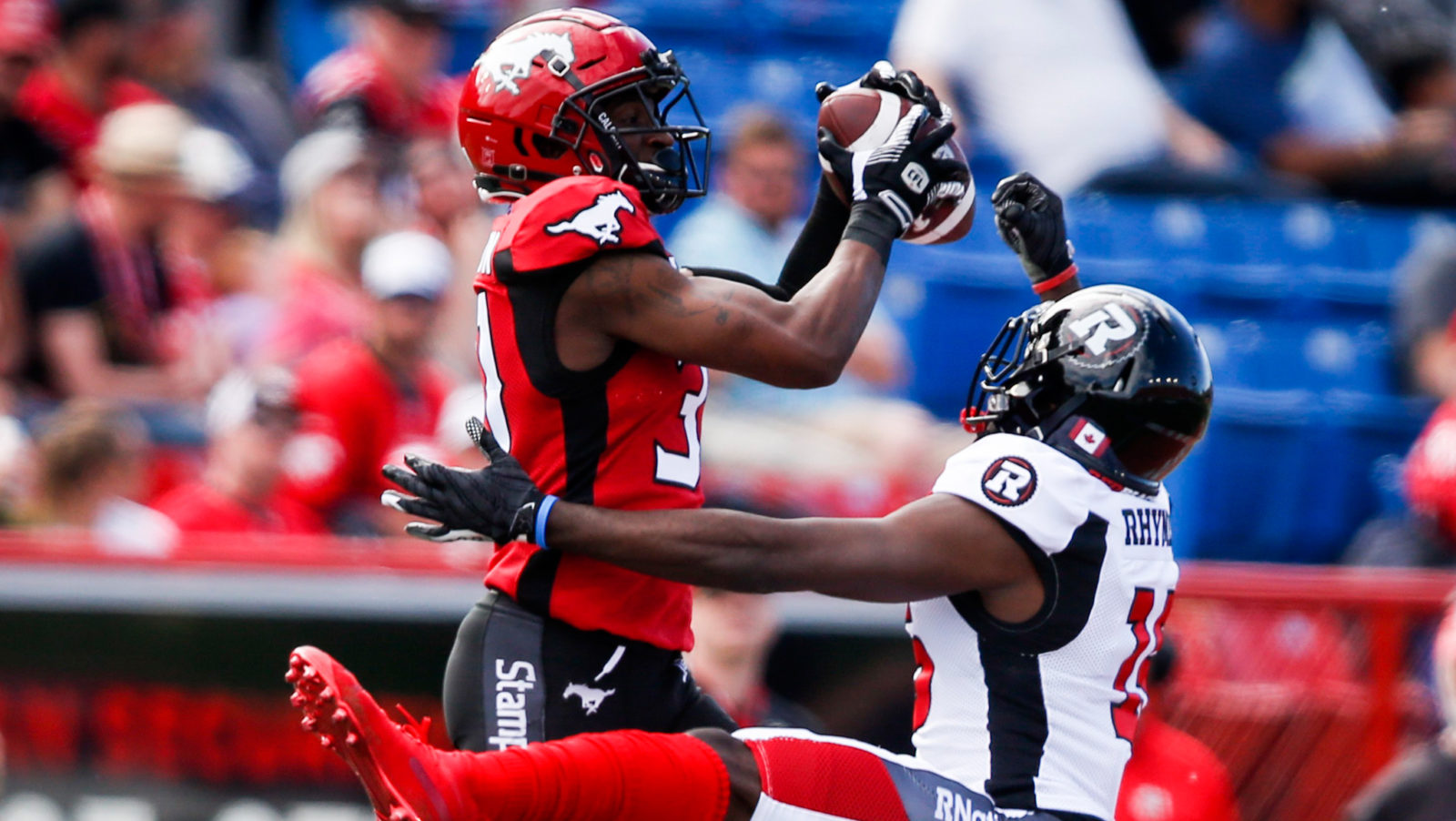 CALGARY — The Calgary Stampeders will be missing a pair of major contributors when they play the Winnipeg Blue Bombers on Saturday.

Defensive back Tre Roberson and running back Don Jackson have both been placed on the one-game injured list.

Roberson has been one of the standout leaders on the Stamps’ defence all season. The 26-year-old has 40 tackles, a career-high seven interceptions, two of which he’s taken back to the end zone.

Jackson, 26, has been in and out of the lineup this season while dealing with injuries. In five outings this season, he’s rushed for 208 yards and scored a pair of touchdowns on 48 carries.

Raheem Wilson, will move over to boundary corner for this game while Jamari Gilbert will start at field corner. Wilson has 31 tackles, one interception, and a forced fumble this year in 15 games while Gilbert has accumulated five tackles in three gams in 2019.

Ante Milanovic-Litre will start at running back for the Stamps. He’s put up 83 yards on 18 carries while adding 68 yards on five receptions. He’ll be backed up by Terry Williams.

Linebacker Jamar Wall will also make his return to the lineup while Asnnel Robo will factor back in as the third-string running back.

The Stampeders will welcome the Bombers to McMahon Stadium on Saturday. The first half of a back-to-back between the two teams will kick off at 7:00 p.m. ET.